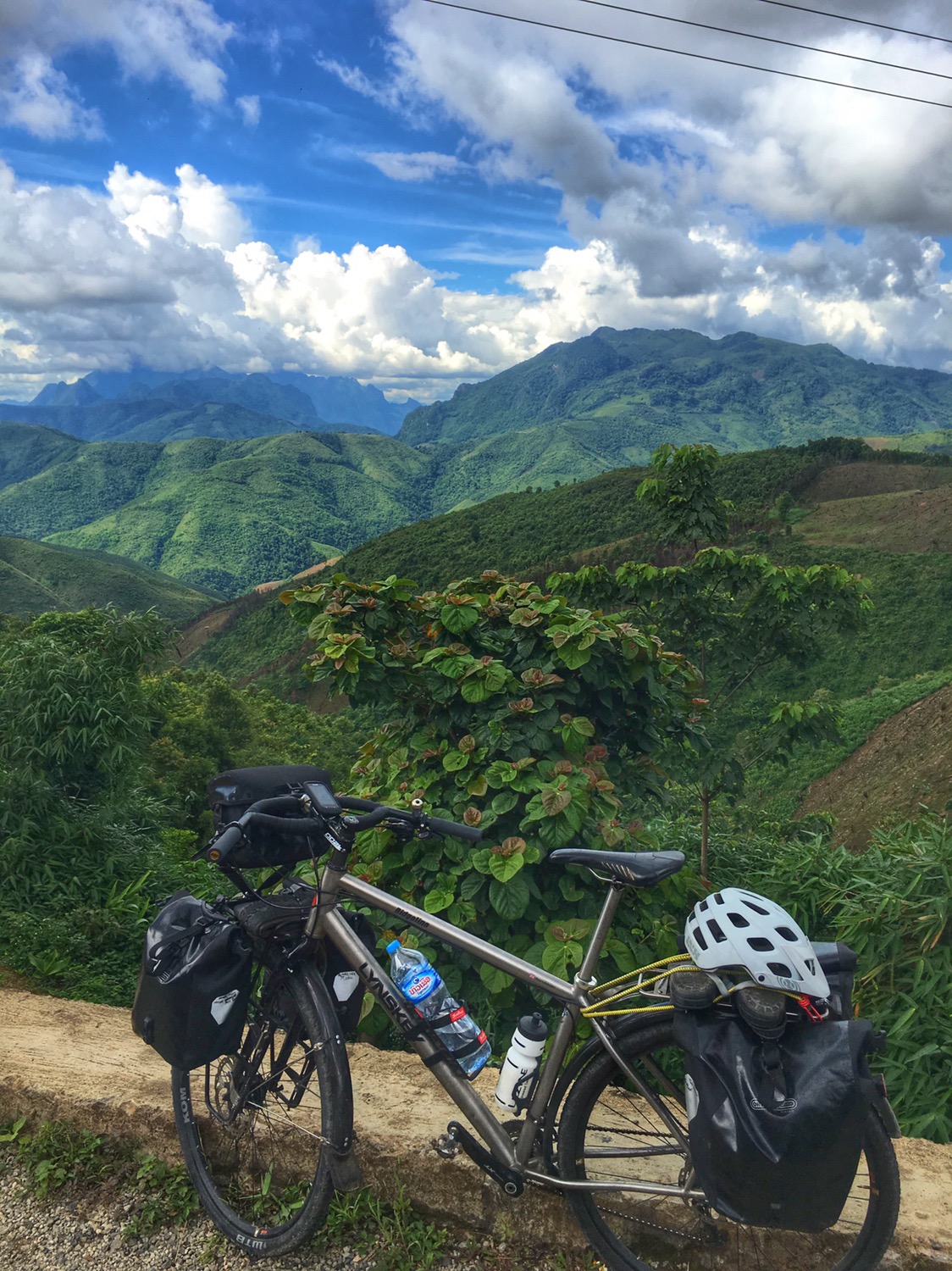 18th of June 35 miles.
A great climb to start with today went on for about 1hr 30min then levelled a bit although into a headwind so still had to pedal hard.

I like the shorter legs where you can push harder. Felt good and seem to be getting fit.

The hills here are constant. Makes for great scenery but tough riding. 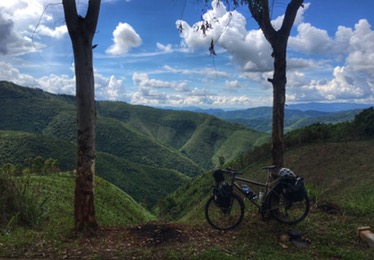 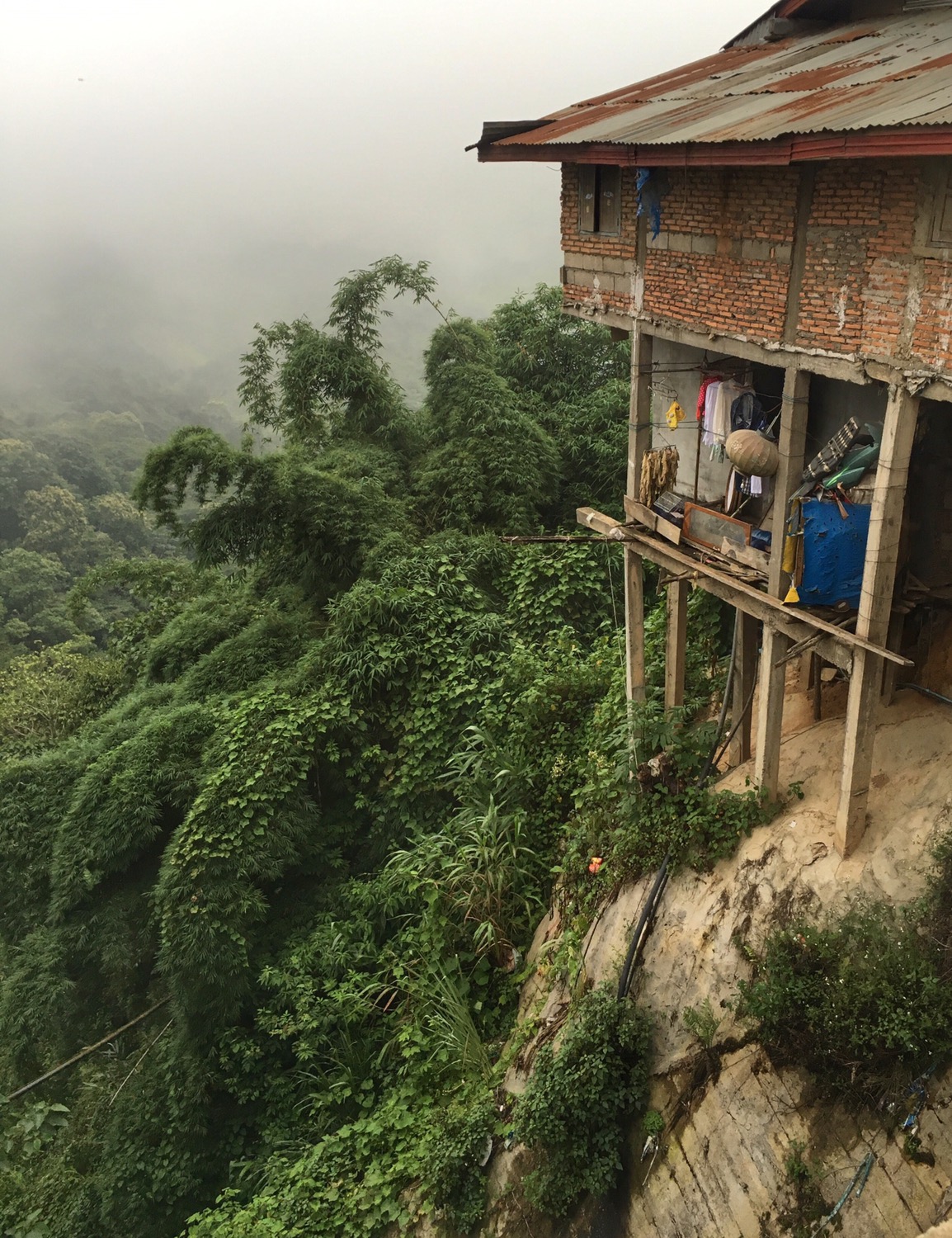 Laos seems a little more expensive than the other countries so far.

Met Matt and Jack as planned and as mentioned at the end of last blog.  They introduced me to Dave (English) and Jack (New Zealand) a couple of real characters. Drank lots of beer and rice wine and listened to many stories. The following day I sharpened all 6 of their knifes and we bonded  ;-). 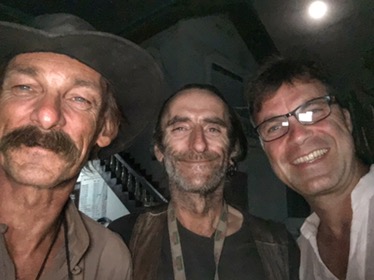 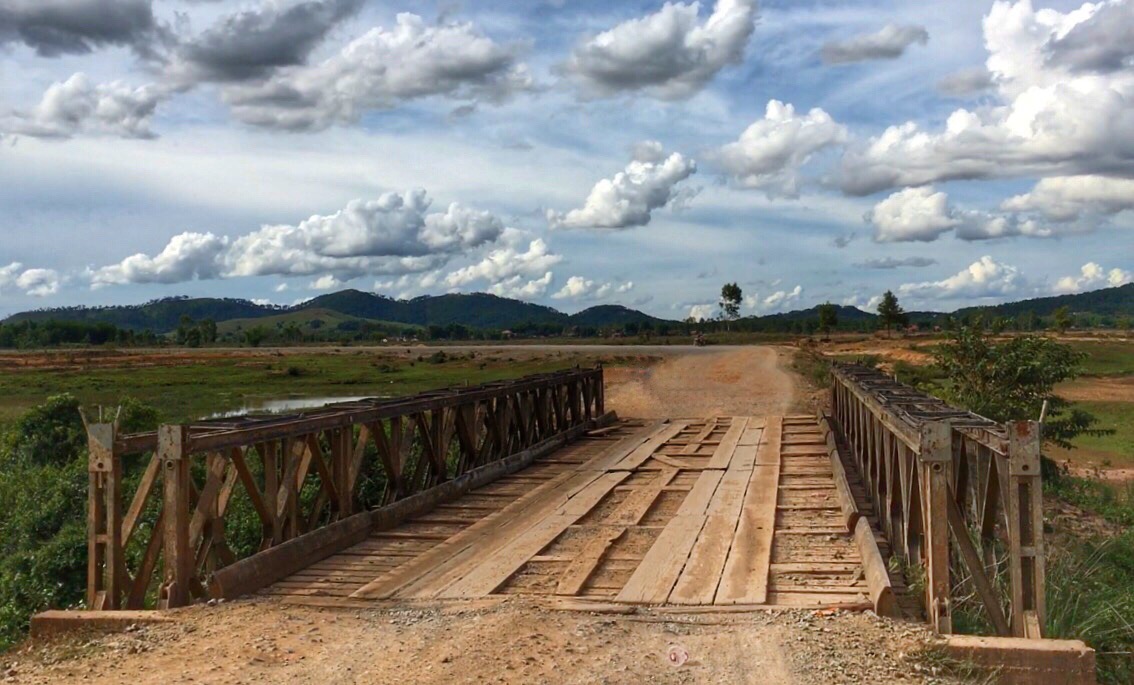 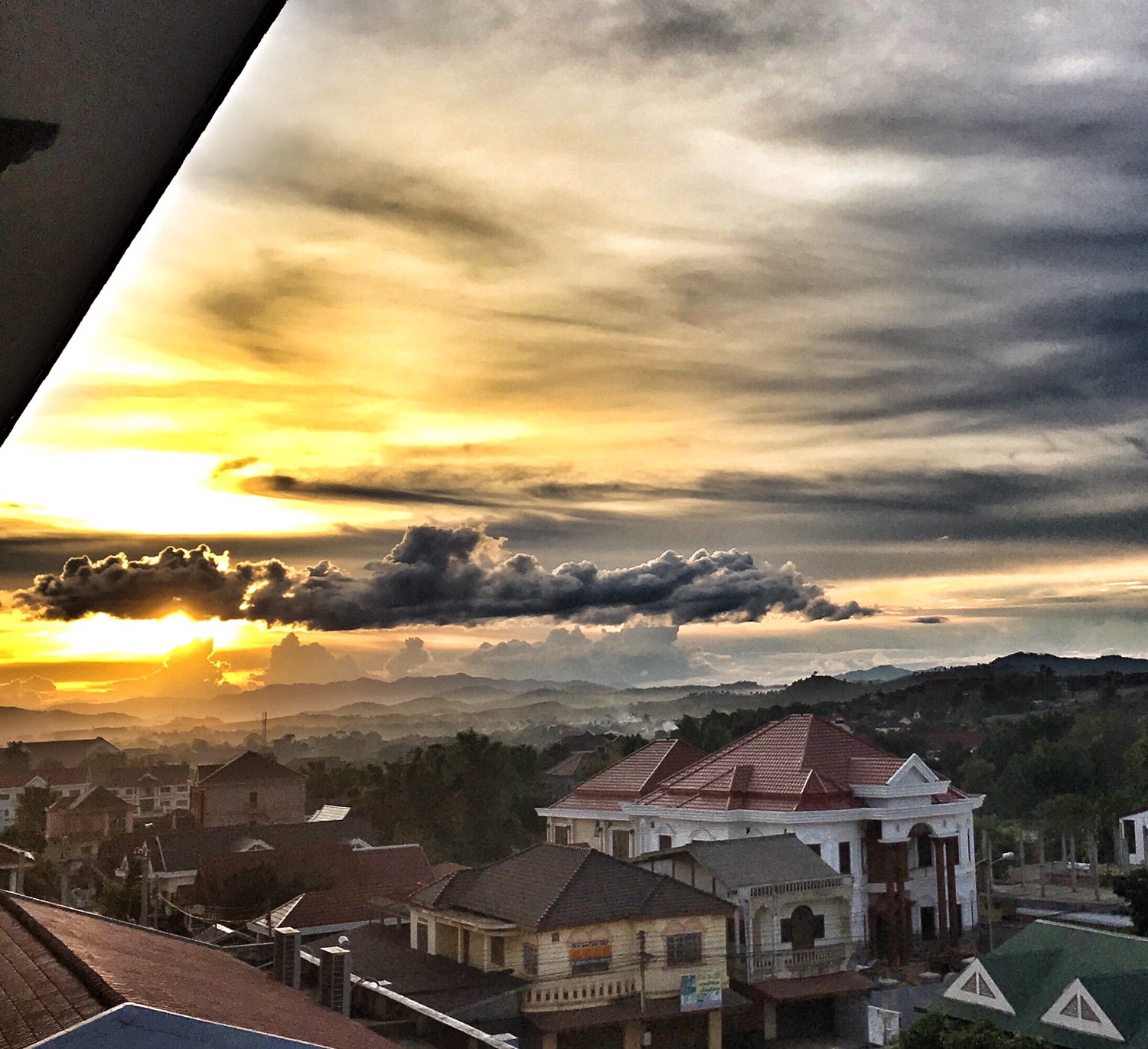 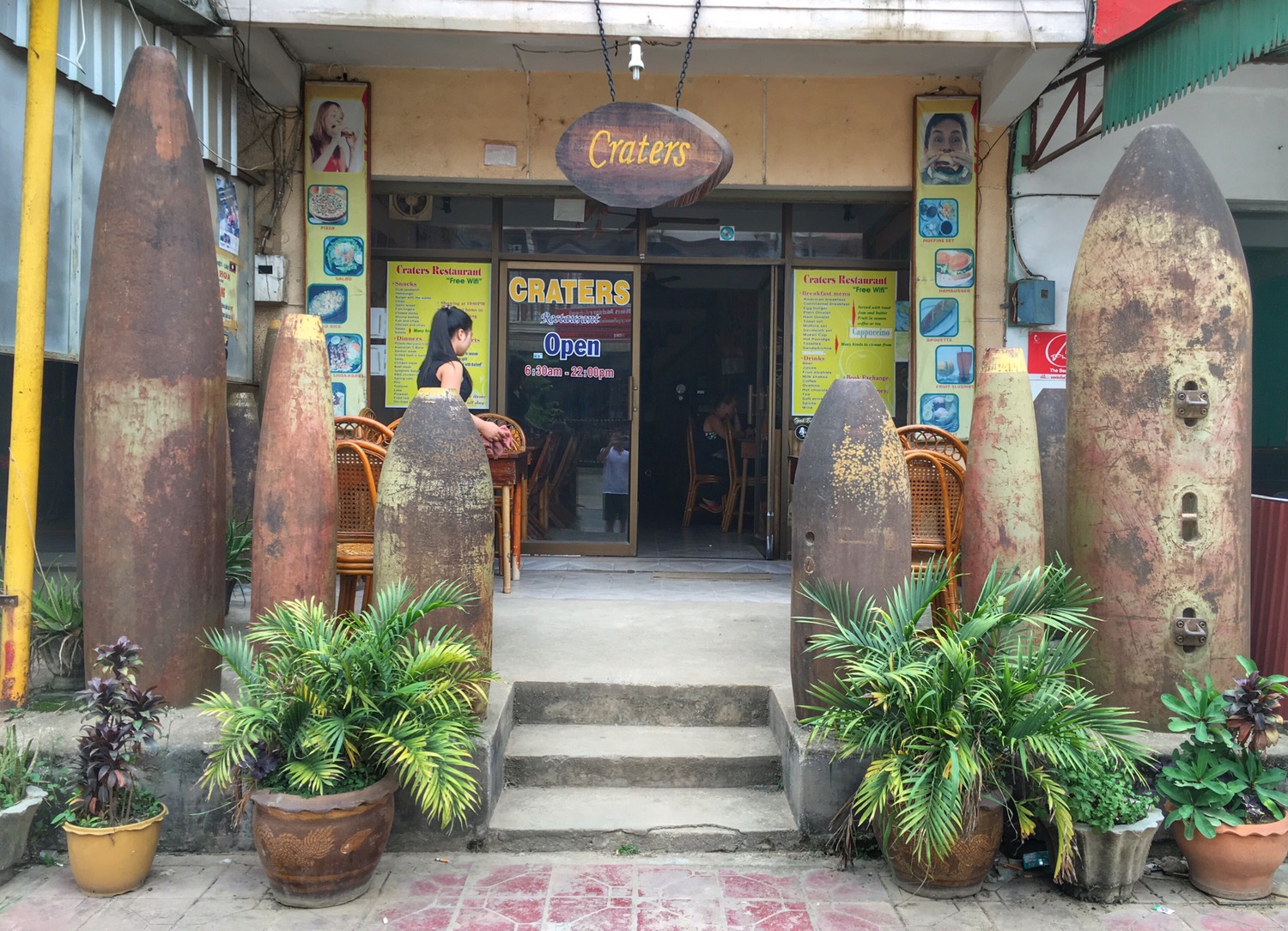 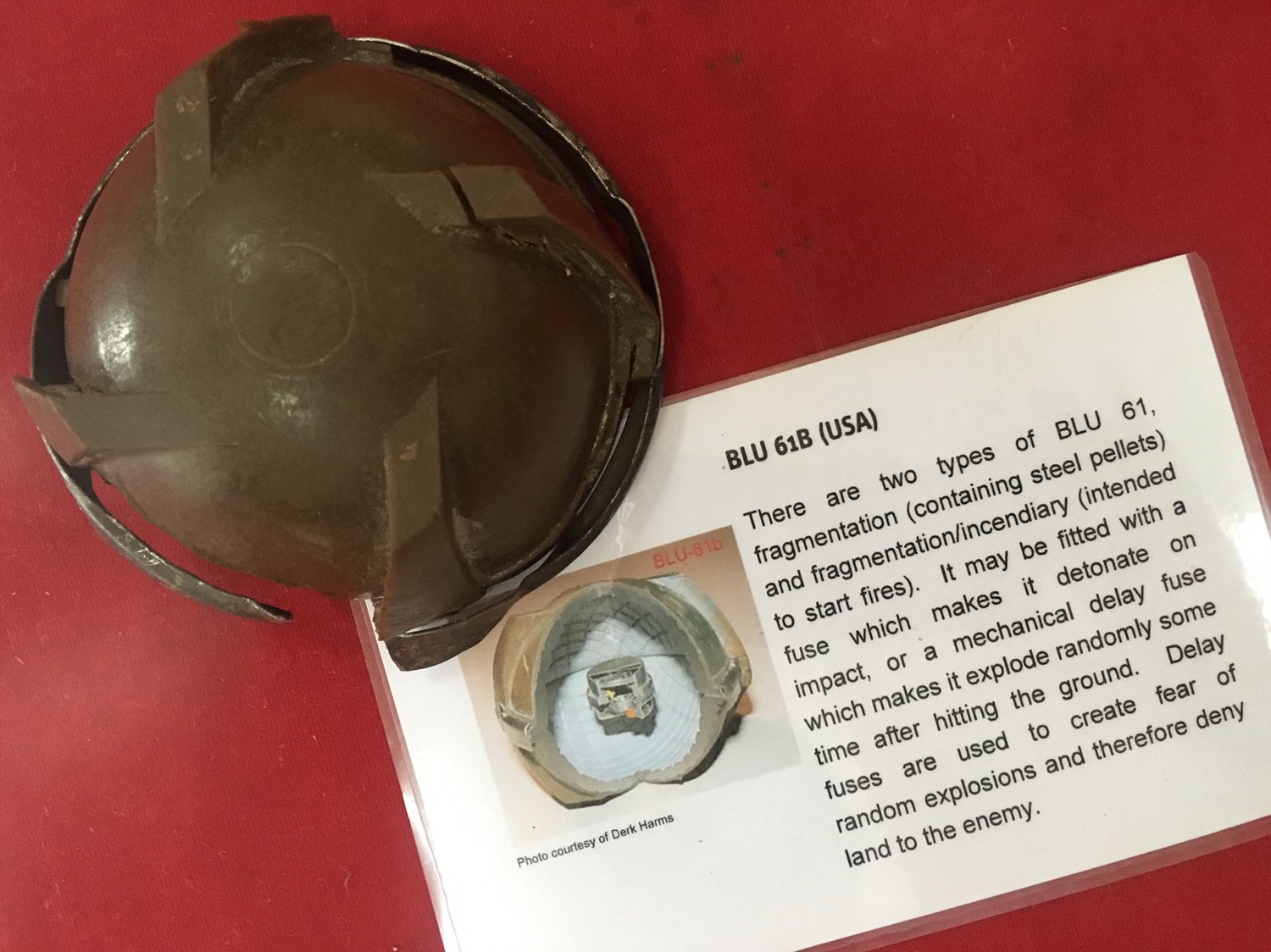 During the Vietnam war the US dropped 70% of all the bombs used in that war into Laos. Apparently trying to stop the Vietnamese getting supplies through Laos by using the Ho Chi Minh trail. There are so many bombs that people use the shells for fire pits. Flower beds. Fences. Even pillars to raise their houses off the ground. That’s what I noticed as soon as I crossed the border from Vietnam into Laos.

The trouble is there are millions of  tonnes of Un-Exploded Ordinance (UXO) left in the ground live!  The kids actively hunt for them for the value of the scrap metal. I have seen many young and old people in the villages with prosthetic legs and arms, some very basic ones to. Just a bamboo pole for the lower part of a leg.

There was almost a tonne of bombs dropped for every person living in Laos at the time!

Every day I cycle past hundreds of people working the fields. Scary business.

If you are interested in a few statistics on the bombing this only takes a few seconds reading before you clearly realise the scale of the bombings.

Scale of bombing in Laos during Vietnam war. 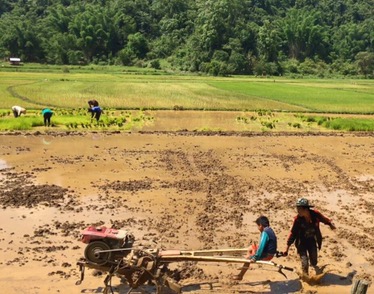 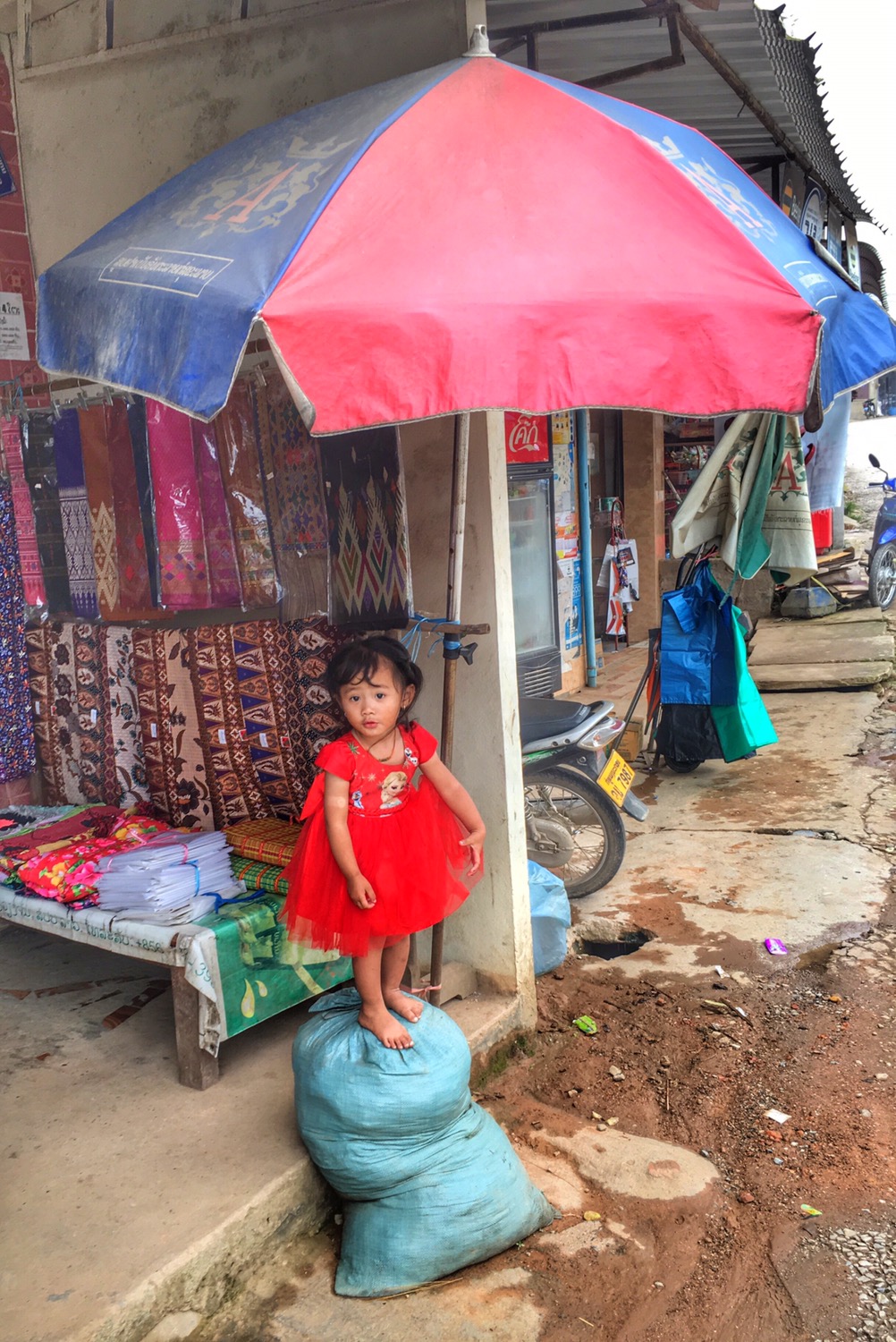 Jack and I having a fire in the shell of a bomb. 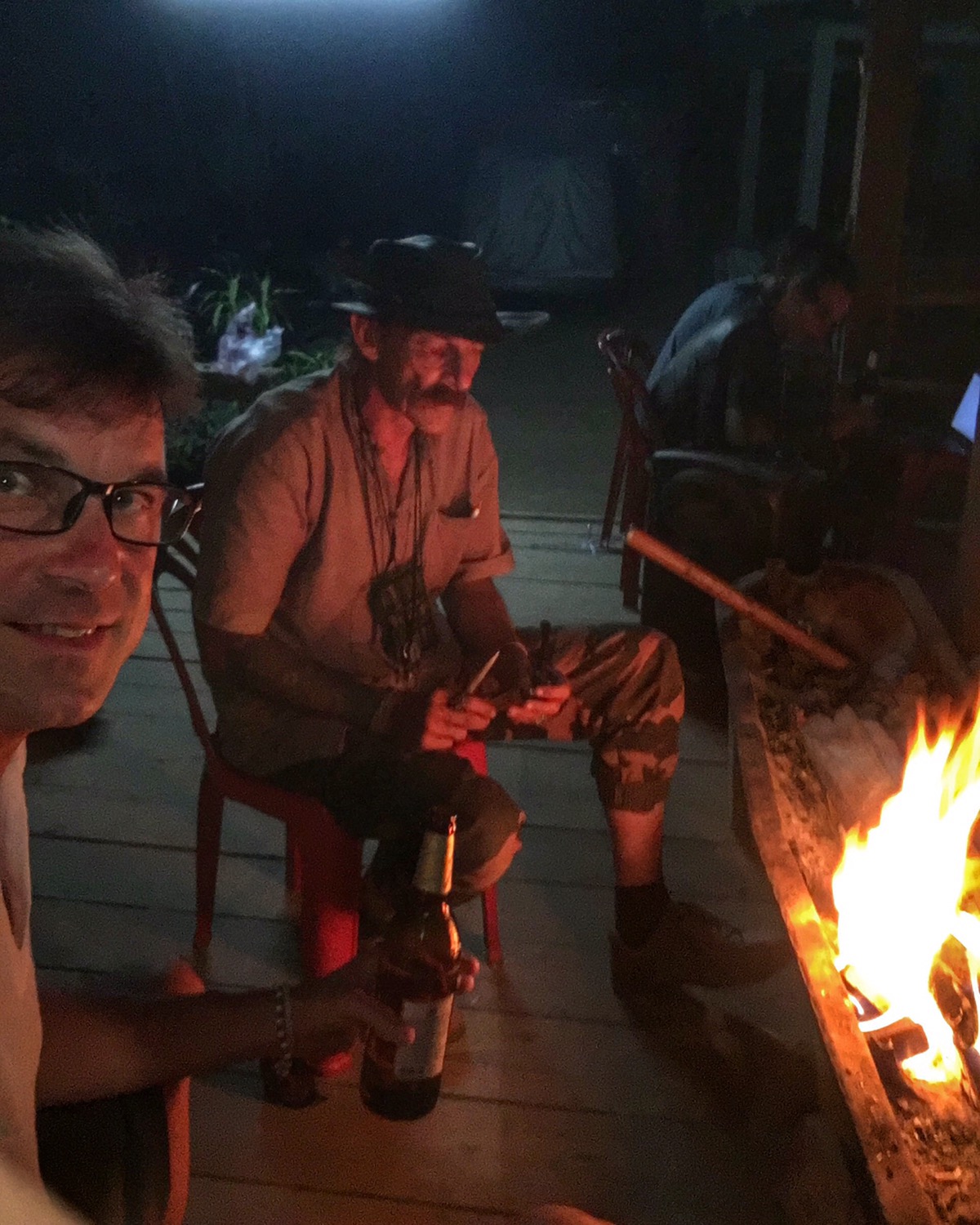 Will try to get back on bike soon. !