31 March. RestWoke to terrible news today. One of my best friends father passed away suddenly, I have known him since I was 8 years old,  a few minutes later I heard Mike Hall had been involved in an accident and died during a race across Australia. (I had heard a lot about Mike through people I had ridden with in Vietnam for the newborn charity. He had led a group the year before I did and was one of the best long distance cyclists in the world). A shitty start to the day.

I was feeling tired anyway so just had another day at my hotel.

Last day on the road although I plan to do a bit of riding in Chiang Mai when I’m there and without the bags!. Should be nice. I want to do the Doi Inthanon climb, over 7900 feet. The biggest peak in Thailand.

Today I managed to find an off road route for some of the way and got a little lost in the forest which was ok actually. 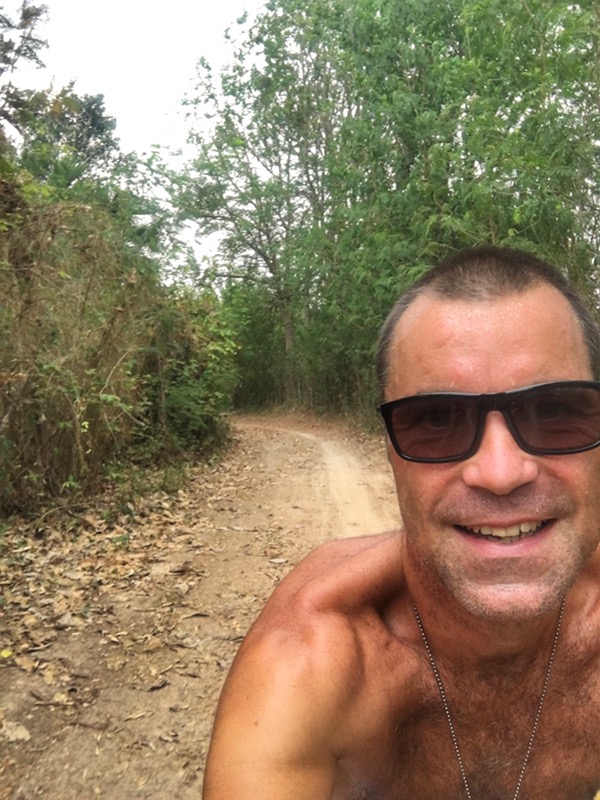 I also met a fellow tourer named Sarah, heading the same way as me. She was alone too. Fair play.  I had a bit of a chat then left for the last section into Chiang Mai. 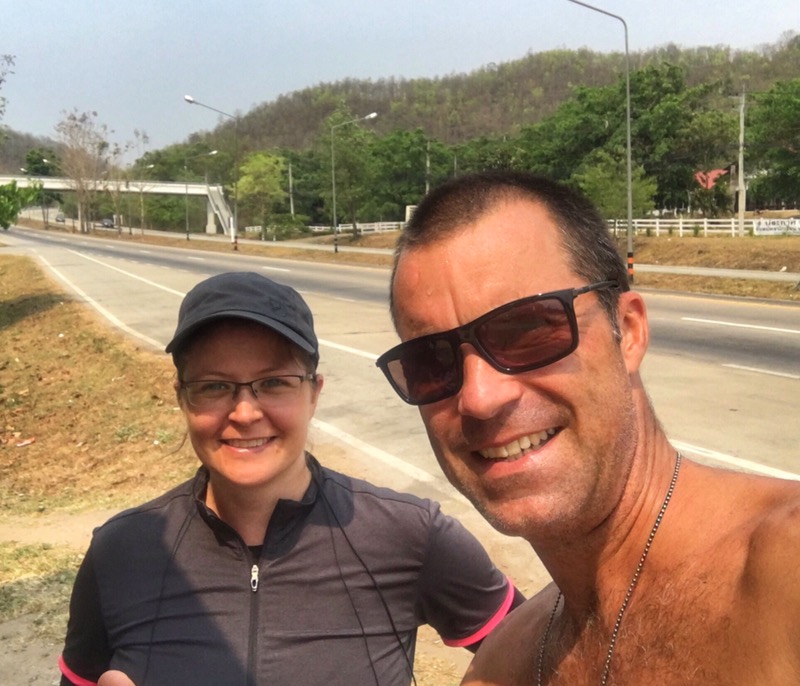 I had arranged to meet an old friend of mine, Rob at a bar he manages. It was great to catch up and get some local information. Enjoyed a few beers with him. The first in over two weeks. 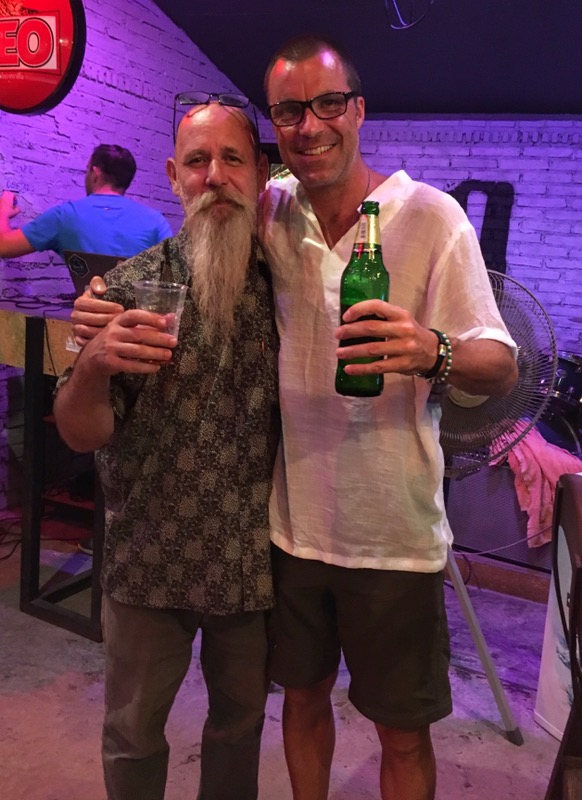 Rob introduced me to a local Mountain bike guide called Naksit. A really cool guy who runs kayak and MTB tours from ‘Chiang Mai Mountain Biking & Kayaks’. He took me out to Doi Suthep – Pui National Park. We drove to the top – over 4000 feet up and rode down through coffee, lychee and strawberry plantations. Had lunch by a lake and got a lift back to hotel. What a great day out.

Naksit in a strawberry plantation. 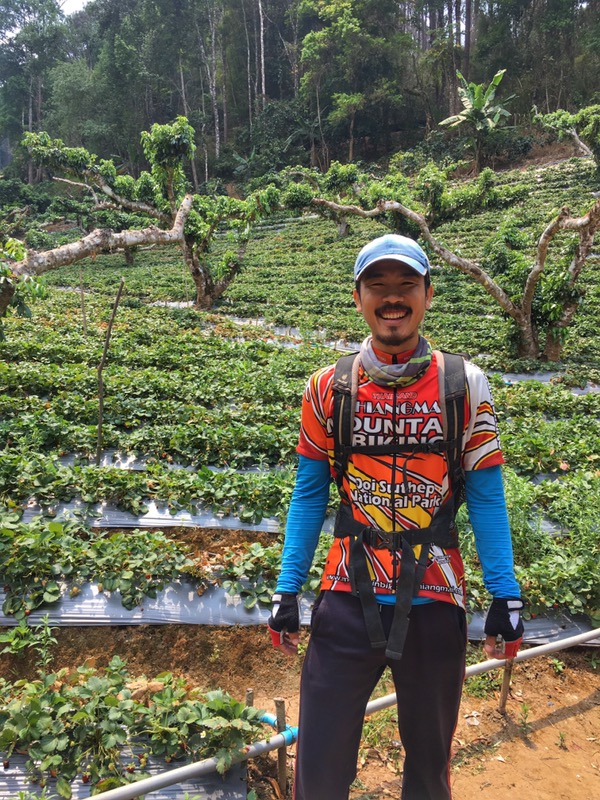 Collected a bike box to pack the bike for Nepal. Had to cycle through Chiang Mai with it strapped to my rack which was fun. 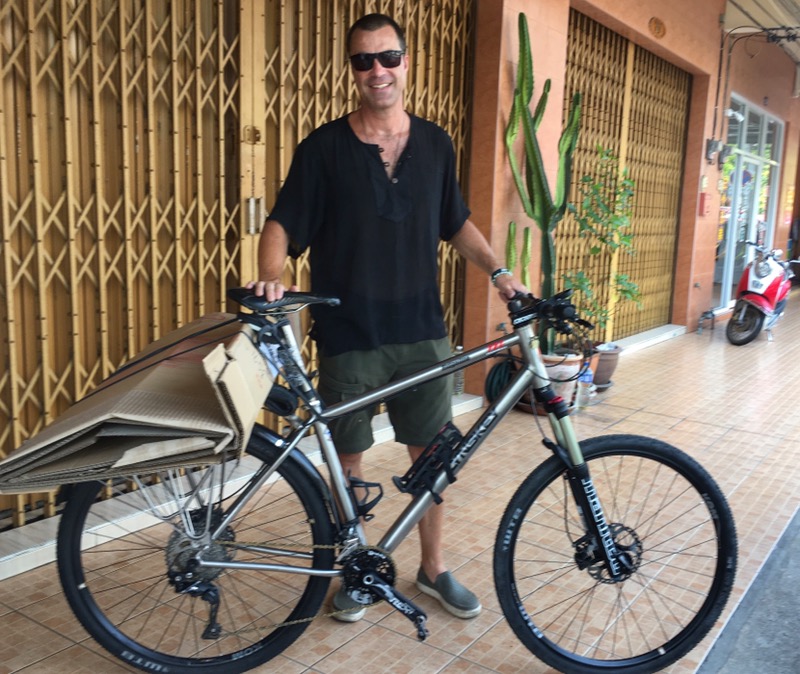 Chiang Mai is quite a big city with everything you may need. It has a western influence and full of tourists. They generally head up to Pai for more partying.

Great coffee shops, bike shops with some high end gear stocked. All the usual chains. Mc Donald’s, Starbucks, Pizza Hut, KFC etc.
I rode managed to ride the Doi Suthep Climb. It was bloody tough. I suffered quite a lot.  Think I was a little under the weather.  I actually seriously thought briefly,  about laying down on the road at one point.  The climb is immense. Almost 8000 feet above sea level. Took me 3 hours.  As I left late it started to get dark on the way back so I stopped at a trusty 7-eleven and asked if there was a number I could call for a taxi. The girl said no. A couple heard the conversation and offered me a lift back in their pick up. Result ! 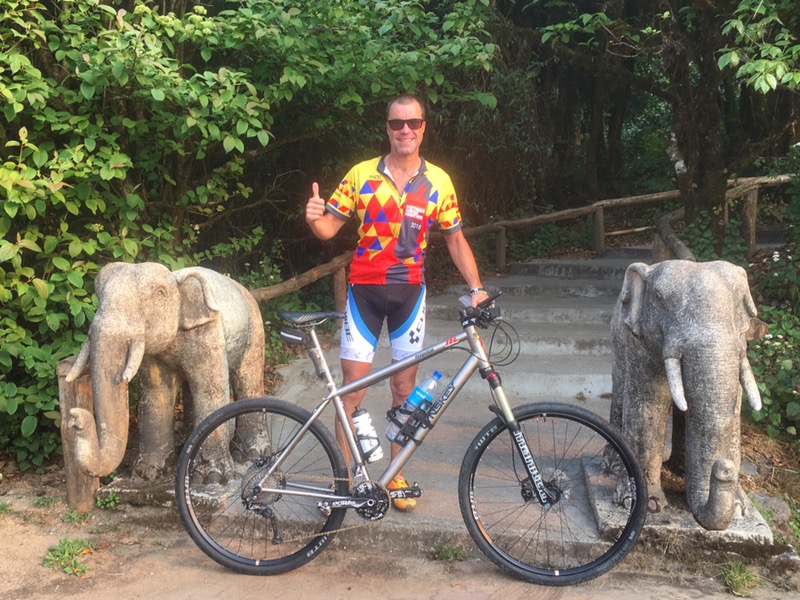 Booked flight back to Bangkok Saturday for 1 night then Sunday to Nepal where I will meet Sarah and hike the Annapurna circuit.

Bike packing and a massage tomorrow. Next post from Kathmandu, Nepal.