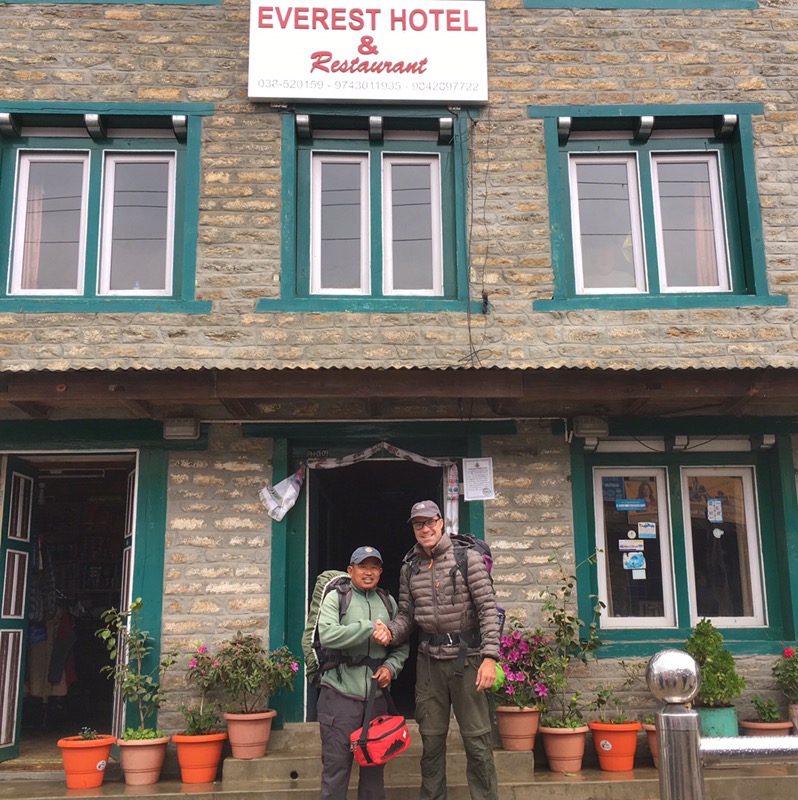 After the jeep ride we discussed the following days itinerary.

I wanted rain as it was very hazy and therefore poor visibility. Said to Kewal, my guide it would be great if it rained during the night but was sunny in morning. He said it had not rained for sometime so you’ll be lucky.

Went to Bed about 7pm as I had been up early and the jeep ride had been long. I didn’t mean to though. I planned to call Home but first thought I would charged my phone and have a quick lay down on the bed…….. Woke up at 10:30pm to hear thunder and rain!
Alarm went off at 6:40am. It was still trying to rain but held off. We had a few little showers during the day.

Kewael and I laughed at our luck about the rain. It was clearer but also cooler.

We climbed most of the day along a wide track through the forest. 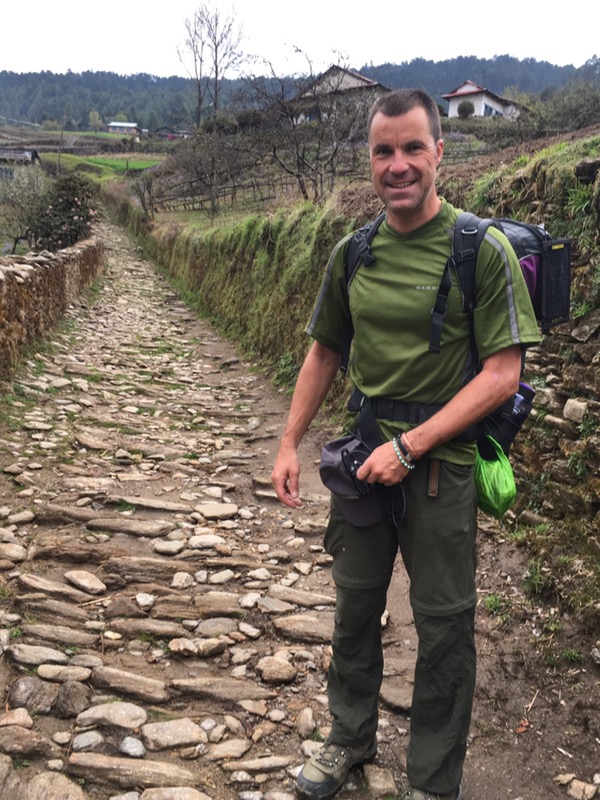 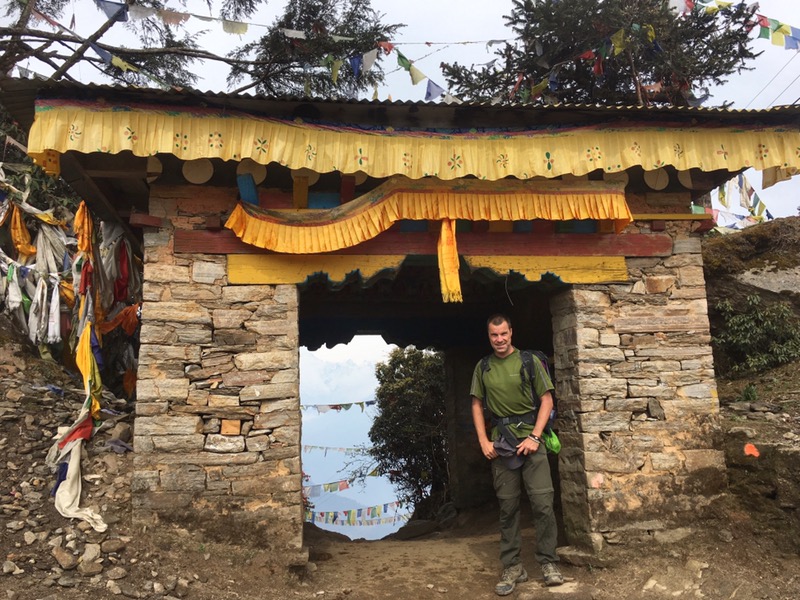 A small room and bed. No blankets or Curtains so had to get the sleeping bag out.

No towel soap or toilet paper either. You’re expected to have this.

Food was great and portion size was always enough. 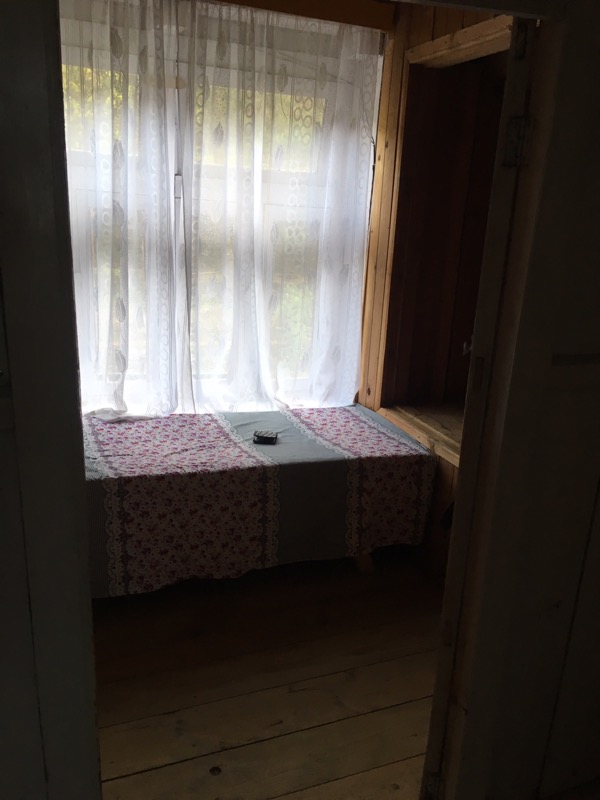 Saw lots of Donkeys ferrying gas and food etc up and down the mountain. It was interesting at first but you soon realised that this was constant as it was the only way to get supplies to the villages further up. It would sometimes slow your progress due to 1.. keeping bank side of them whilst 10 or 20 at a time passed so they wouldn’t knock you over the edge. 2.. having to follow them downhill when they were tired at the end of the day. 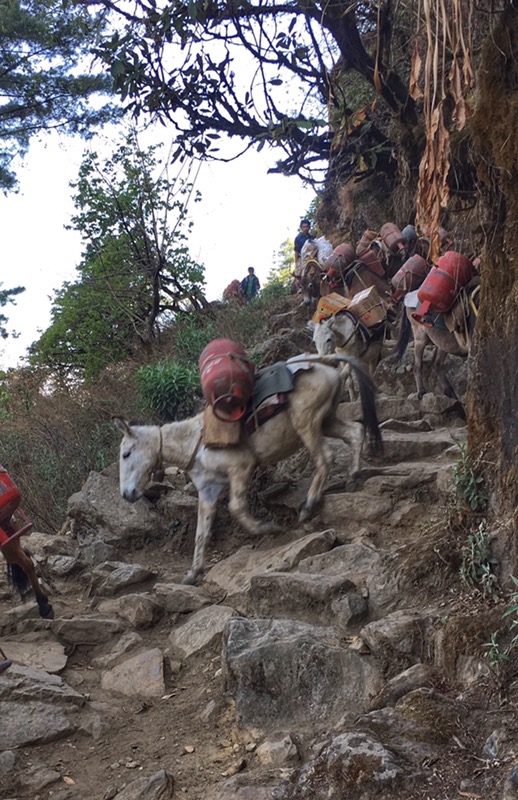 The days were big long days but at a steady pace and the scenery took your mind off the pack on your back.

I did start to get Knee pain on the down hill sections. An old cycling injury. Stretching and Ibuprofen are going to be a priority for a few days.

Met two German guys tonight at the tea house tonight. They are doing base camp also but a slightly different route.

Lots of donkeys. Lost some time as we really got caught up with them today. Stayed in the bottom of a valley about an hour away from our original planned destination.

We reached the tea house an hour early today so some nice recovery time. We have a little more to do tomorrow now but I know it will be fine as the hiking is a steady pace. 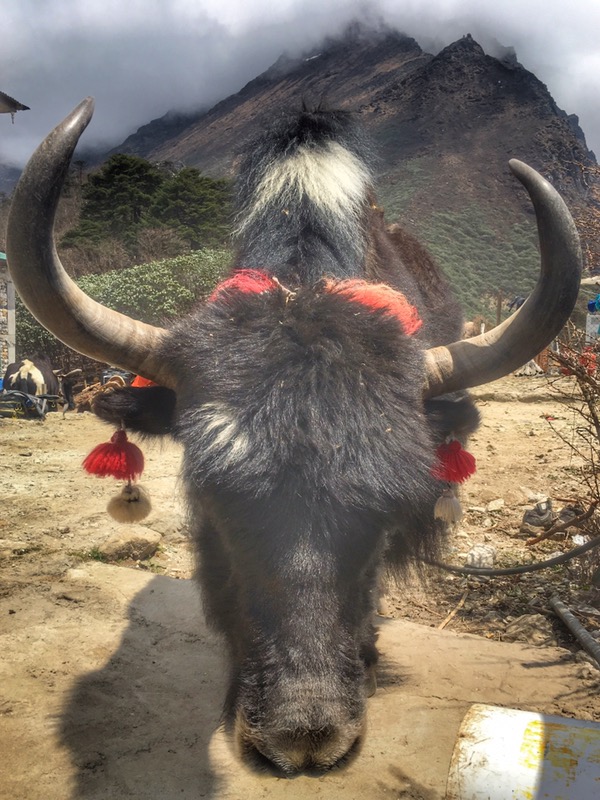 Made up the time we lost yesterday. A good days walk.

At the tea houses in the evening there is not much to do. People play cards or read and generally go to bed about 8pm.

I have been drinking Ginger tea every evening and catching up with people trekking the same way that you bump into at different points on the trail.

Started calling Kewal ‘Mr safety’. He worries about me too much. A few times today he got a bit panicked about how close to the edge I got.

I had to have a chat with him.

My definition of safety. – lack of excitement. 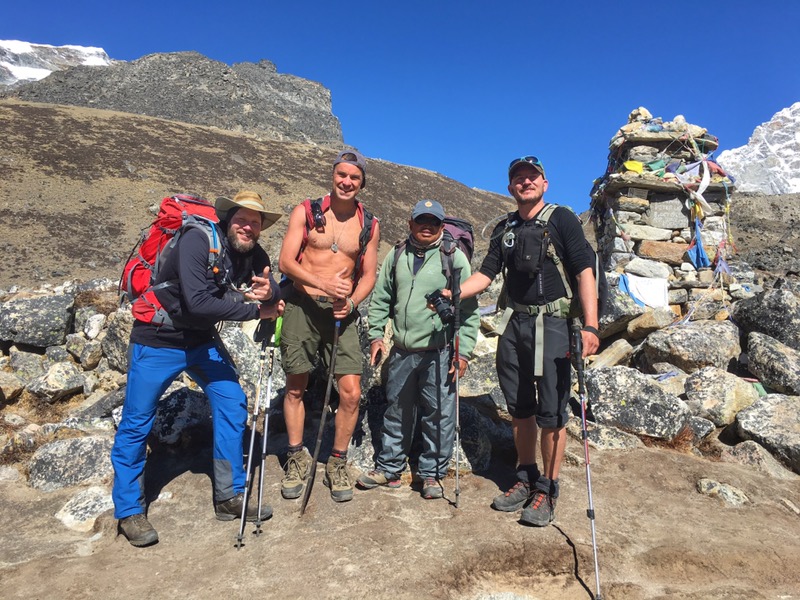 After the village of Jorsalle which was only about a half hour hike there was no where to eat or drink. So had to push on to Namche

Got there for lunch.

Visited a museum and a traditional Sherpas house.

Namche is quite a big place in comparison to other villages. Hotels. shops. Pubs. Coffee shops etc. You also get good phone reception !

Met the German guys here again. Last stop for a couple of beers as above this height you should really try to abstain. 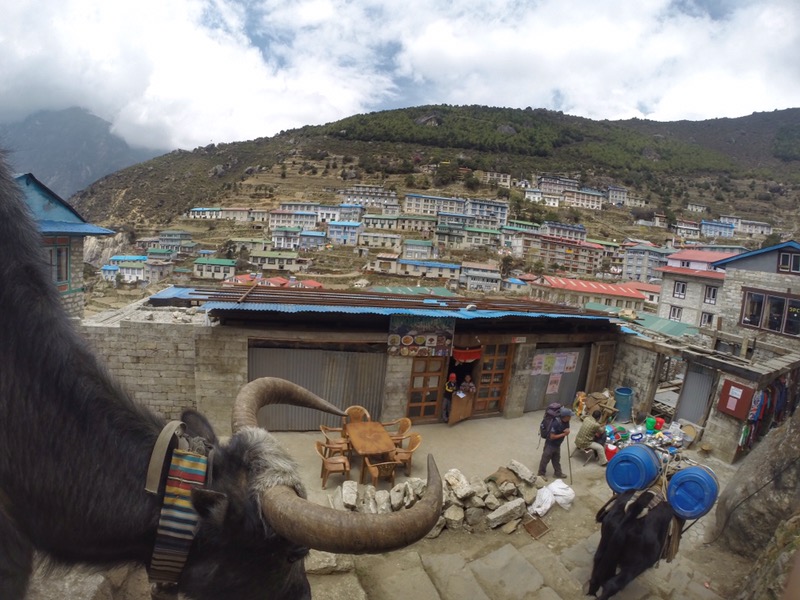 Later breakfast today.  Acclimatisation day trip up a 500m (1500 feet) climb to Everest View Hotel where I saw my first glimpse of Everest and the surrounding mountains. I can only really feel the altitude if I run up hill or do anything seriously cardiovascular just walking and I seem to be fine. Met the Germans for a beer again and also saw a few familiar faces on the trail.

There were lots of people on the trail now. Literally hundreds. Once we passed Lukla which is where most people fly to start their trek. 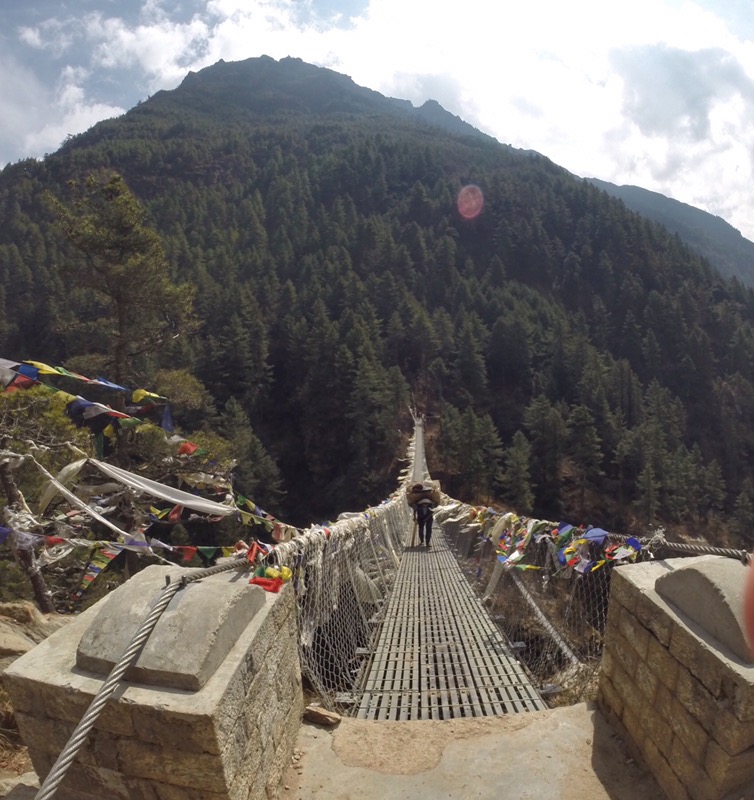