After being in Kathmandu for a few days to get my bearings I booked a couple of treks. One to Everest base camp and the other to Annapurna base camp.  Sarah is meeting for Annapurna and I can’t wait to show her around.  In between the two treks I’m going to get back on bike and do a loop to Pokhara and back.  Kathmandu is not somewhere I can stay too long in without getting restless. 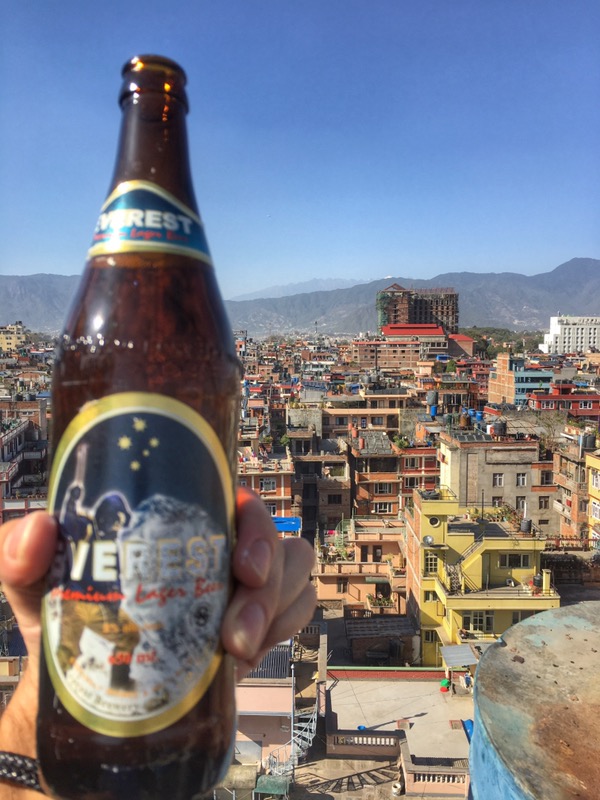 Alarm went off at 4am. Bit of a shocker. I left my bike and non trekking gear in a box in the hotel. All hotels store kit for people whilst they are away trekking.
My guide – Kewal met me in the taxi and we drove to get the jeep that would take us the 9 hours to EBC trail head. Well we almost drove all the way….  Taxi started making a banging noise and pulled over. In a minute or so there were 3-4 guys plus the driver hitting the engine with a rock. I just sat in back half asleep.

It was 4:40am, dark and of course dusty. Kathmandu is dusty!!  Un-finished roads and recent water piping they have installed (and not finished) causes clouds of dust when traffic passes. The traffic doesn’t pass too fast though as the road seems to be as much for the pedestrian as the motor vehicle. There are no pavements.
Eventually we just drove until the knocking disappeared. On arrival I quickly discovered that the jeep was in a similar state as the taxi. Broken windshield. Bald tyres (bald, bulging and coming away from carcass). It general just looked a bit fucked. :-). 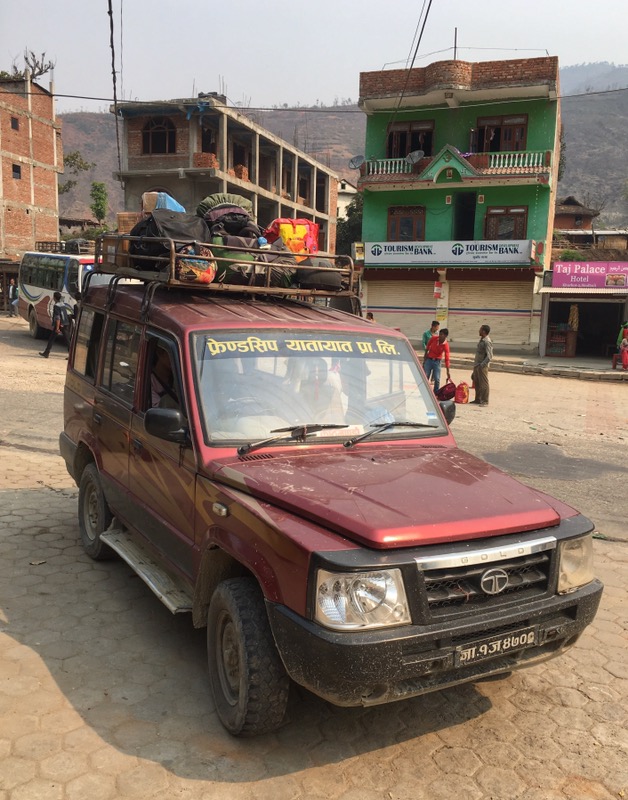 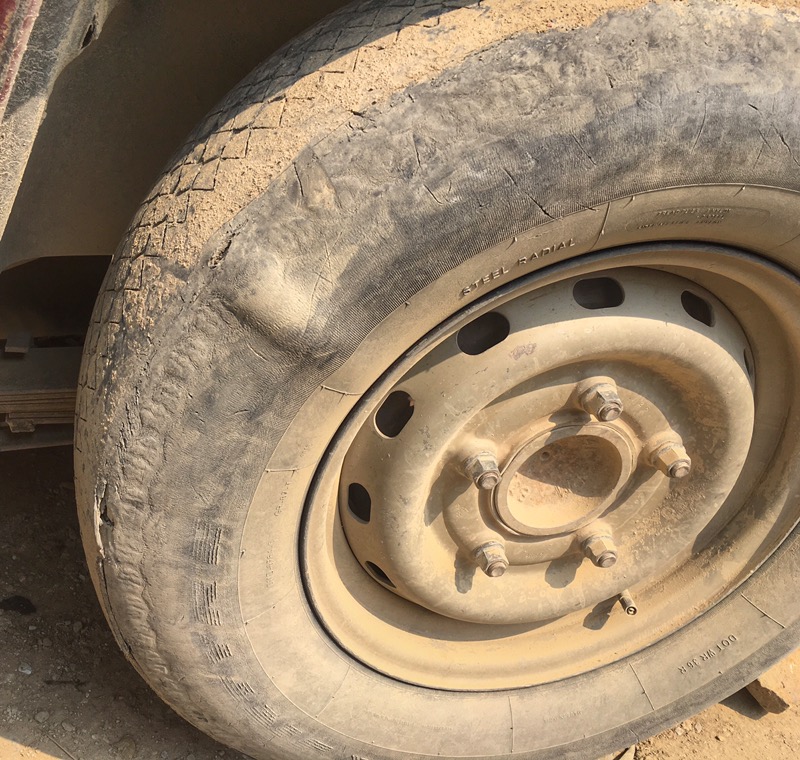 Worse still was that there 10 people traveling in it ! I managed to squeeze in the back and I mean squeeze. This is going to be an interesting 9 hour drive !!

It didn’t take much longer to realise how bad it was actually going to be.  The problem was not due to the squeeze or the battered jeep driving on the edge of a bloody cliff, off road in thick dust and rock with totally bald tyres but the people in it !

The guy directly in front of me had the window right down which was a little cold but nothing serious. Someone asked him to shut it and it was explained that he gets travel sick so needs the window open. Him and his girlfriend were puking into little bags pretty much all the way and throwing them out the window. The guy to the right of me was chewing at least three pieces of gum with his mouth wide open and in front of me to my right there was another guy reading book to his girlfriend. At loud!  10 people in a jeep and he was reading out loud enough for people outside the bloody car to hear…….    And I thought the altitude might be the problem 🙂
Just as I was either going to say something, or just get out of the jeep while it was still moving the guy stopped reading. Thankfully he had put the couple puking to sleep and the guy chewing gum had either chocked on it, as I didn’t see him get rid of it, or had fallen under the storytellers spell as well.

Kewal. My guide to my right. He looks happy with the situation too. 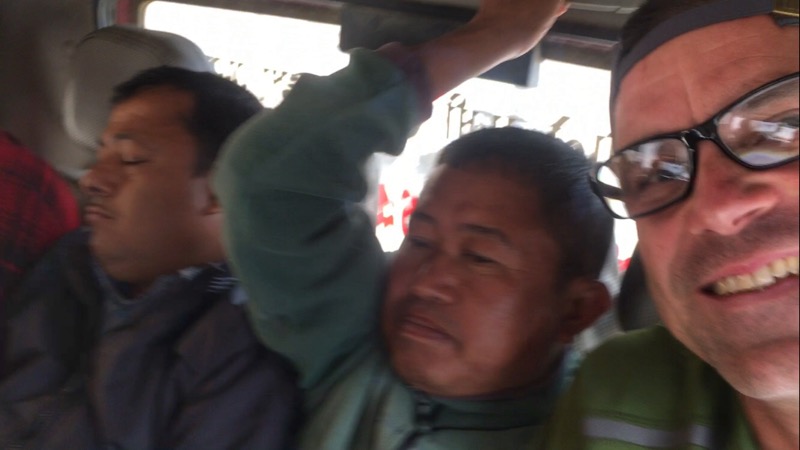 Ahhhhh, I could relax and enjoy the view for a bit.
Rhododendron bushes covered the hill side. Red, white and pink. This is their national flower and was found at all heights on the mountain. 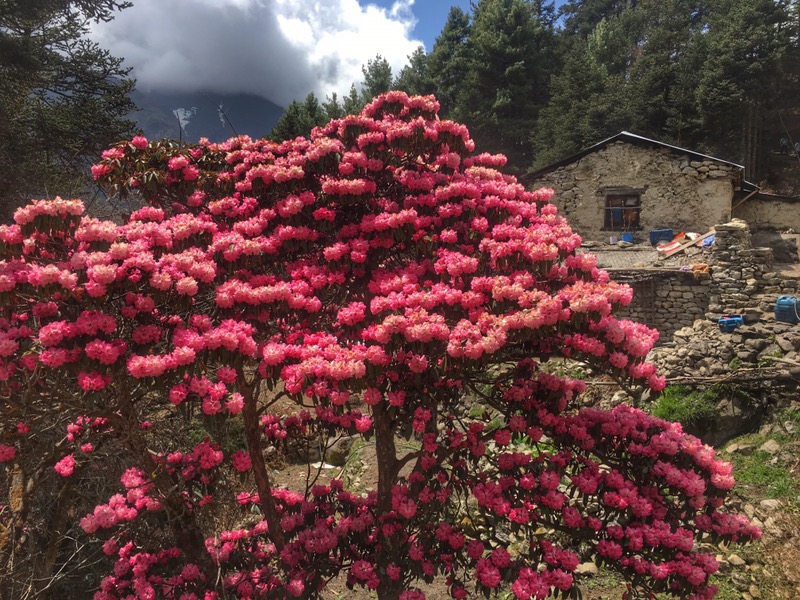 I saw 2 Busses wrecked off the side of road which showed what could happen.

It was still dusty and gave poor visibility over distances due to a haze in air.
A highlight of the trip was going round a sharp corner and the drivers door swinging fully open. I actually laughed out loud.
We finally arrived at the first tea house of the trip.