Left KHE Sanh and started climbing immediately into the forest on the Ho Chi Minh Road. Again the views and the jungle were spectacular, the sun was out and it was hot.
What I didn’t realise is that I was about to embark on the toughest two days of my trip so far! The Ho Chi Minh Road from KHE Sanh runs for 250 to 270km with only the odd few small villages, traffic is minimal you are totally alone when riding a bicycle through this section. I found it hard going. Lots of climbing but also great to really be alone way out in the jungle. 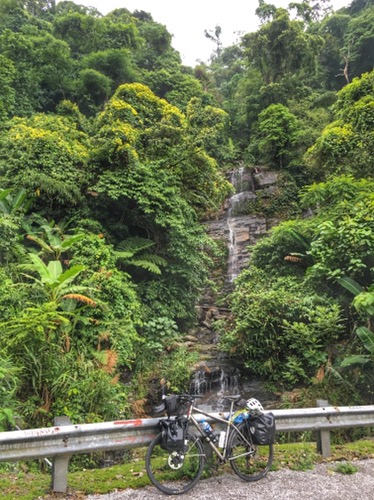 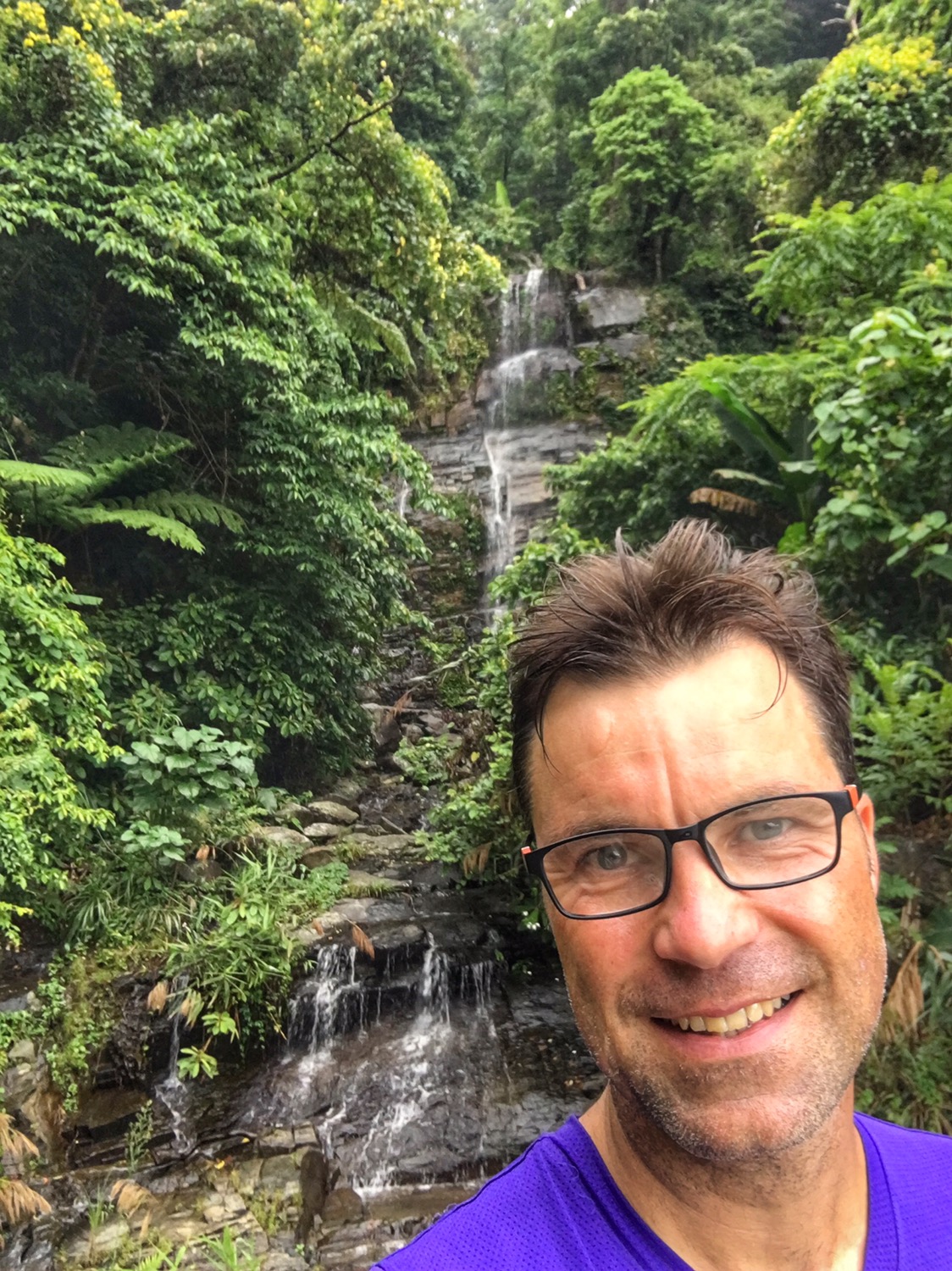 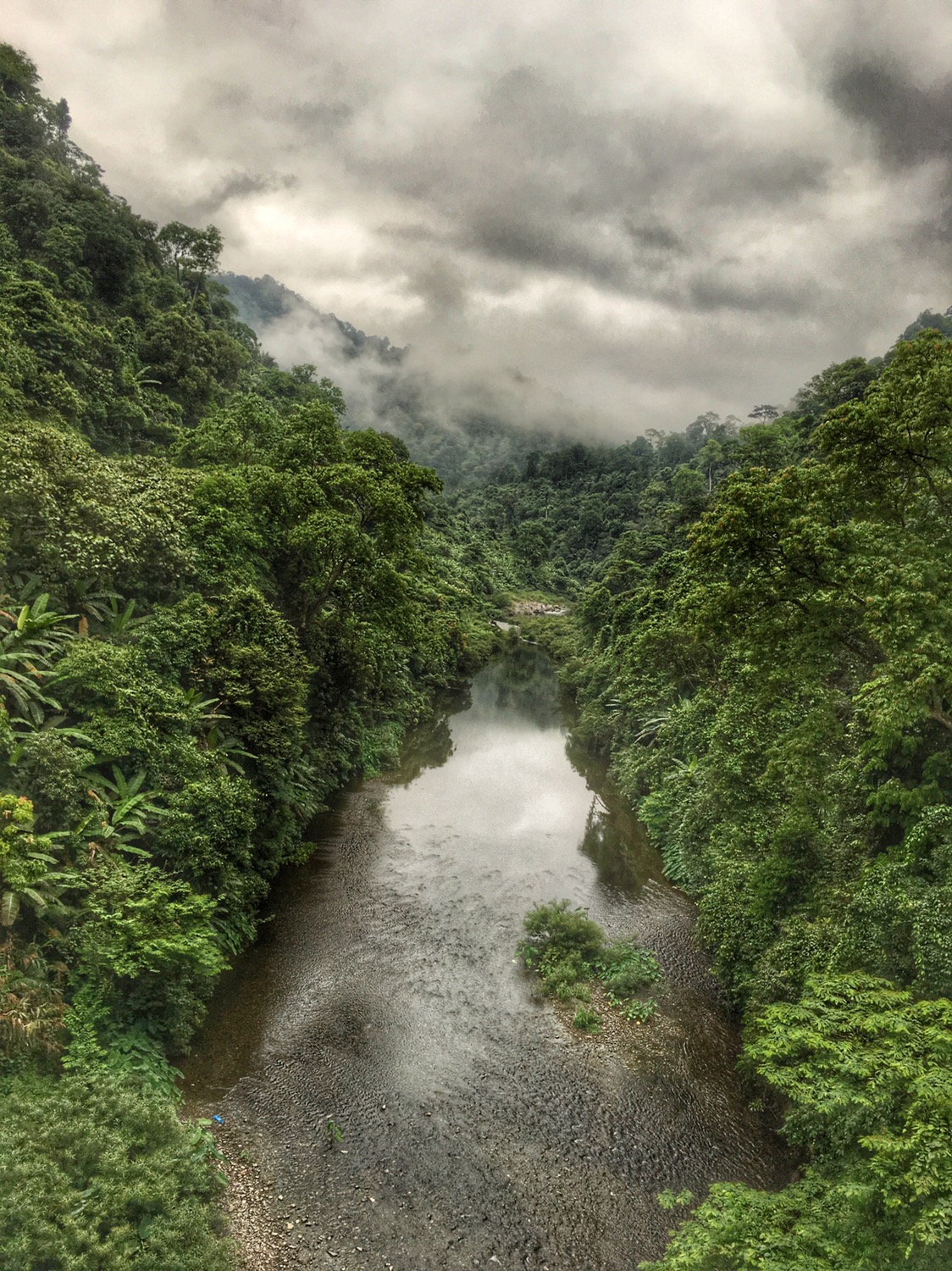 I had planned to camp tonight as I was left with little other option, there really is very little of anything on this stretch. I couldn’t find a campsite and ended up riding an hour and a half in the dark looking for something suitable. I was very tired and a little concerned where I may end up sleeping. I haven’t had any problems with dogs so far but that night I had three or four incidents where I was chased and they seemed fairly commited. Maybe it was due to it being dark, cooler or they had not seen bikes much up here, who knows. I found that looking back at them and shouting whilst waving your arm in the air deterred them just about enough. I really could have done without it tonight.  Eventually I found a site to camp and put my hammock up in the jungle in pitch black. Luckily the bugs were not too bad, I have no idea why. Maybe I smelt that bad!  I was extremely thankful anyway as I had a bit of chilling time sat by fire instead of a panic dinner and a rush to bed to escape the biting blood suckers. I got the fire going, cooked some noodles, had a baby wipe shower 😉 and got into my hammock. It’s very noisy in the jungle at night due to the amount of bugs, Cicadas are extremely noisy, they make a screaming sound.

This is a Cicada: 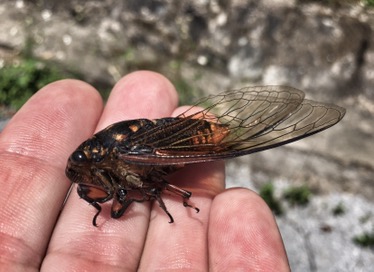 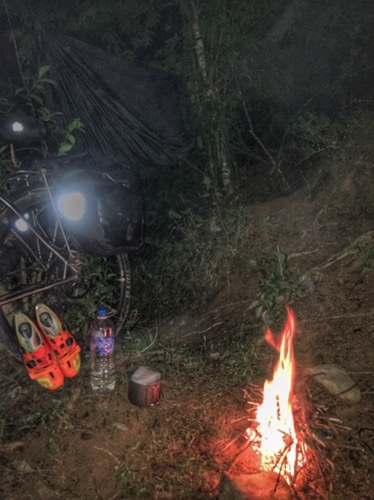 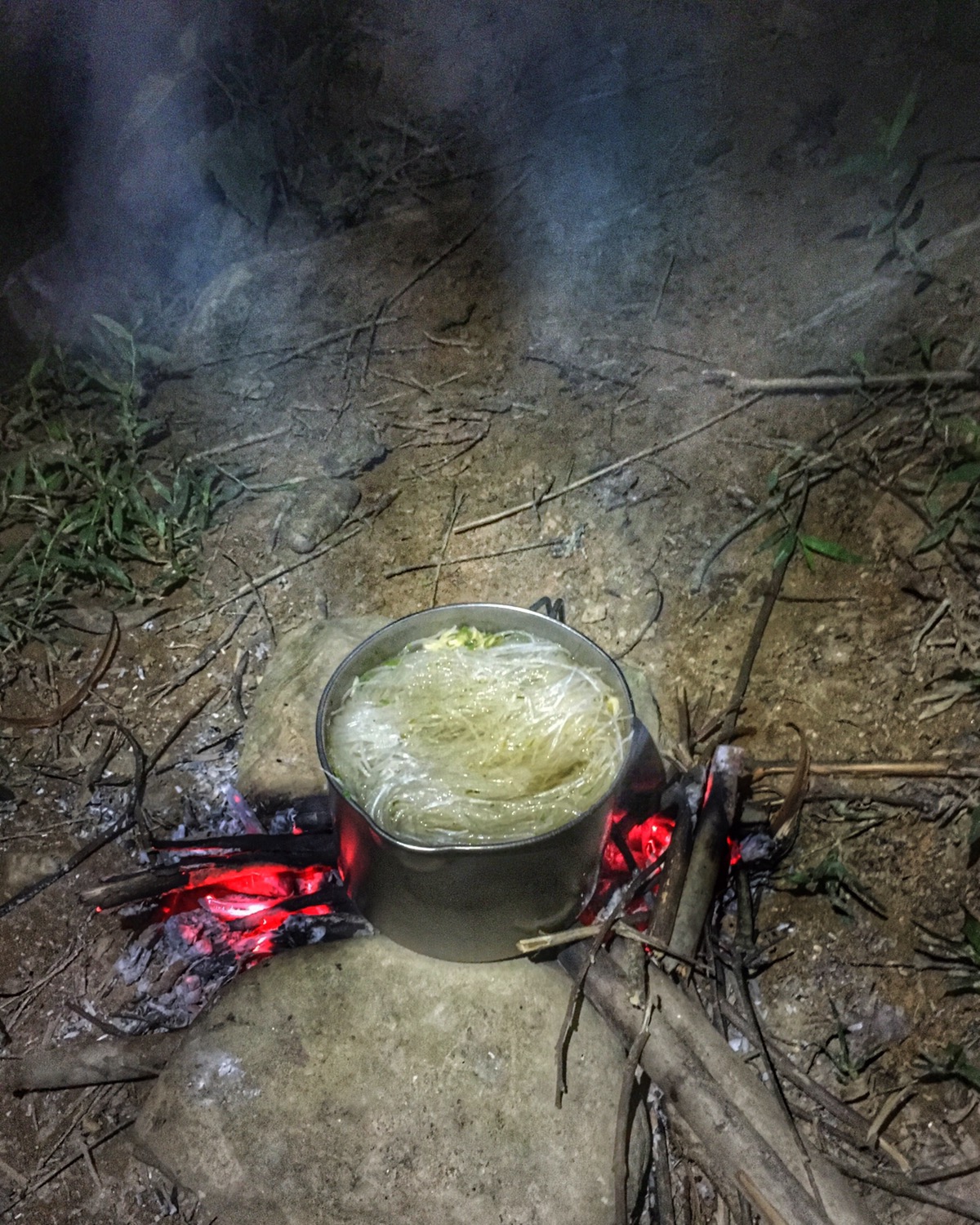 I was awoken in the middle of the night by sound of something sniffing me?! I looked out of my hammock into the darkness and saw a giant great water buffalo staring right at me. It was a bit worrying but he was more scared of me then I was of him. The problem was if he decided to run my way I would’ve gone with him because he’s such a massive animal. Luckily he decided to run the opposite direction when I reached for my phone to take a picture, crashing off through the jungle.
I woke in the morning and saw in the light what a beautiful spot I had picked for camp. 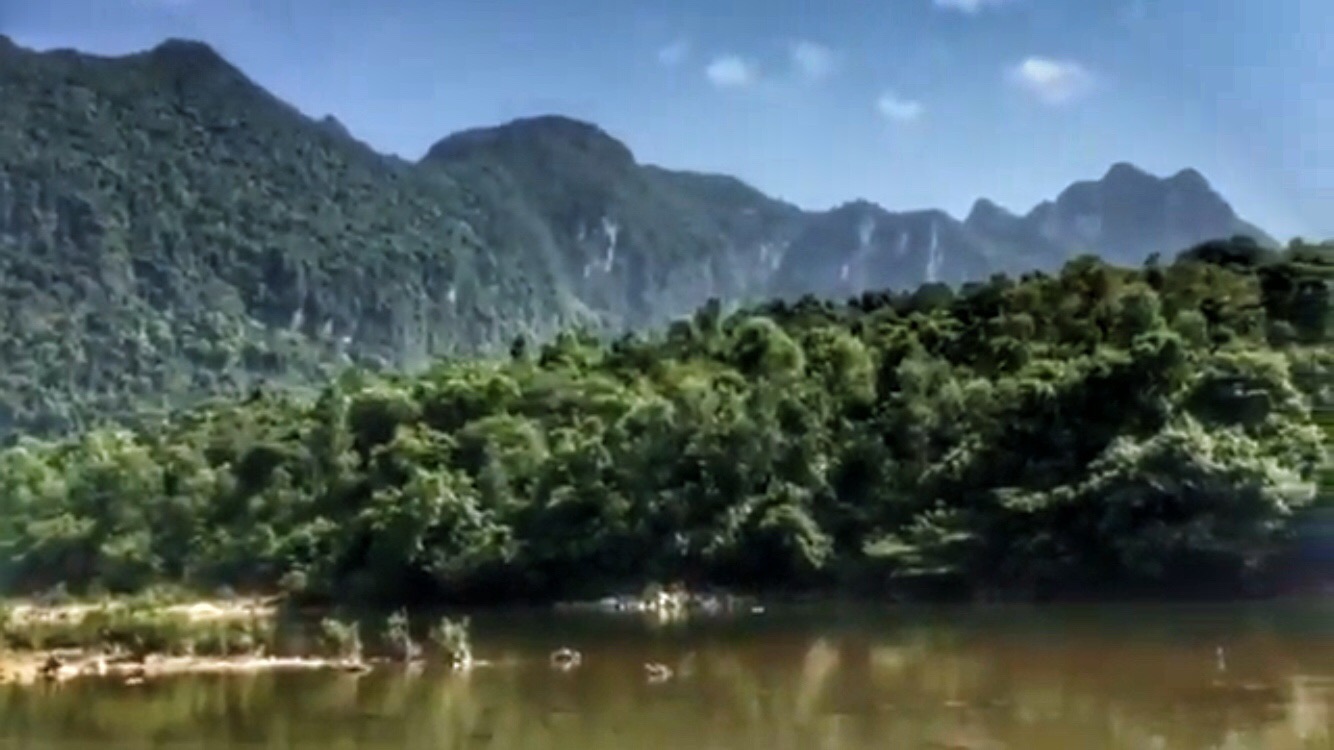 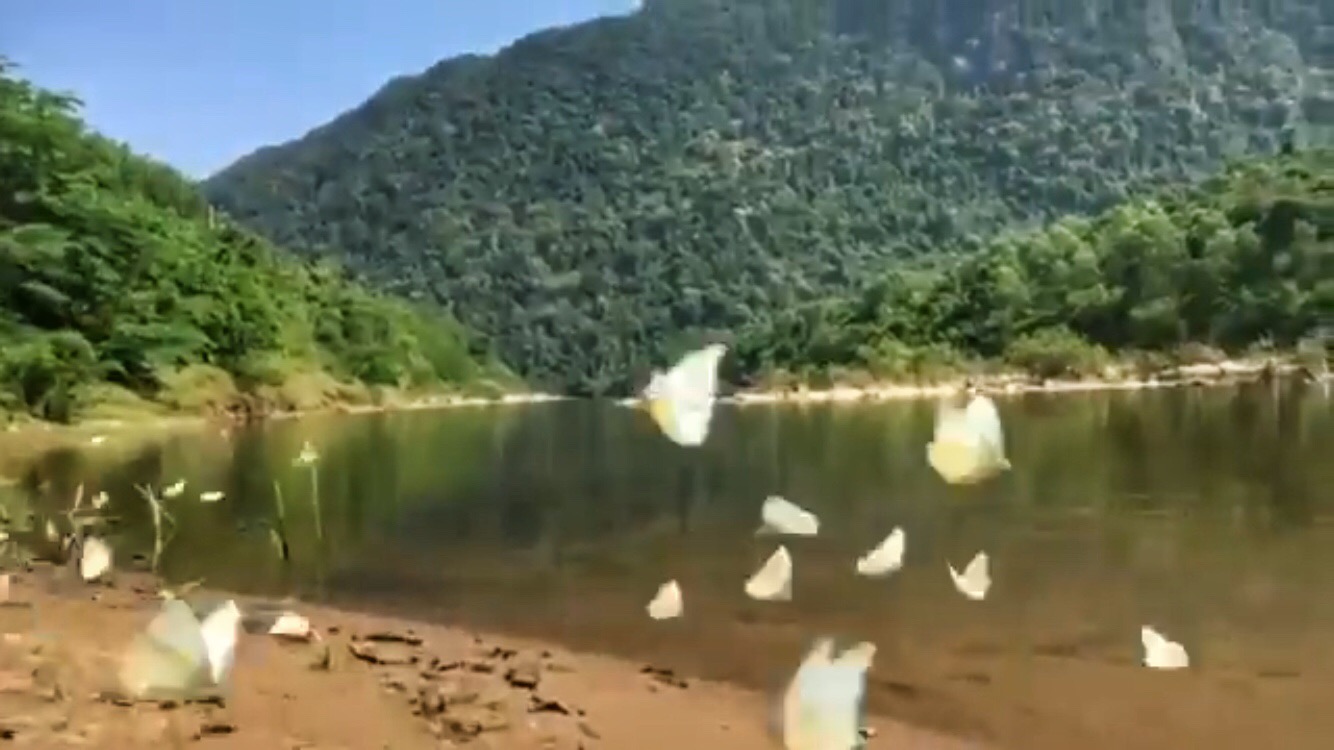 Link to video of camp site in the morning: