14, 15, 16 of June. Laos.
After booking into Xaisomphone guesthouse about 20k from the Vietnam border and into Laos, (as I mention in last blog), Wet and aching, I cleaned up and came down for dinner and a few beers. After dinner I went to the ATM to get some cash out but it refused my card. I had one dollar on me, the border had cost me almost $40 to cross. Not a panic as sometimes this happens and then next day it’s generally fine – that’s also kind of what the owner told me at the hotel. Next morning and still nothing from the ATM! Ate had a few beers and dinner and tried again still nothing not looking good. The next day I went down to breakfast and she asked me if I sorted my money issues out yet? :-(. I told her that machine still weren’t working so she sent her son with me to Western Union bank. Not much happened at the bank to help the problem, they just laughed at me a bit.  I went back to the hotel and met Graham and Rory. These guys were doing some surveying in the area. Graham was originally from New Zealand and Rory Australia. Rory could speak perfect Laoation and explain my situation to the owner of the guesthouse which helped things a lot, she said she wasn’t worried but it was difficult with the language barrier. Graham explained to me that I could transfer money to myself through Western Union bank. (It’s a great/essential app to have whilst traveling), then within five minutes walk into the bank and just pick up the cash. that’s what I ended up doing. saved my bacon. So three days in a hotel eating sleeping and drinking with no money whatsoever interesting time.

Ended up having a few beers with Graham that night interesting character planned to meet him again once I get down south of Bangkok back to Pattaya. He organises bike hashes. A bunch of mates plan a route from village to village through the jungle and drink loads of beer whilst doing it.

Plan to get one of them done with him hopefully. 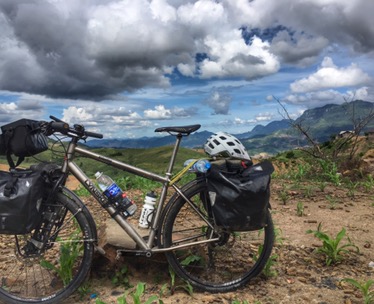 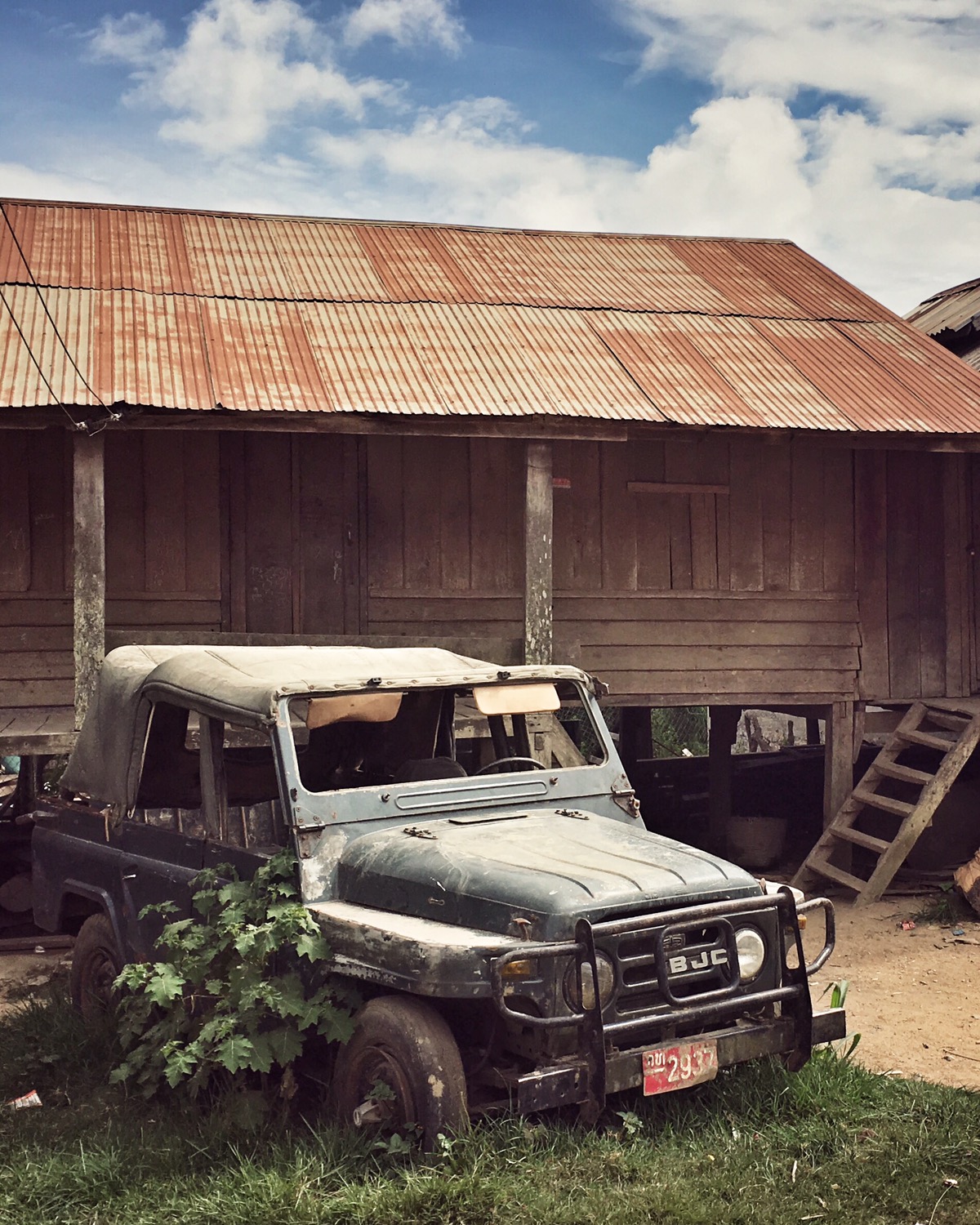 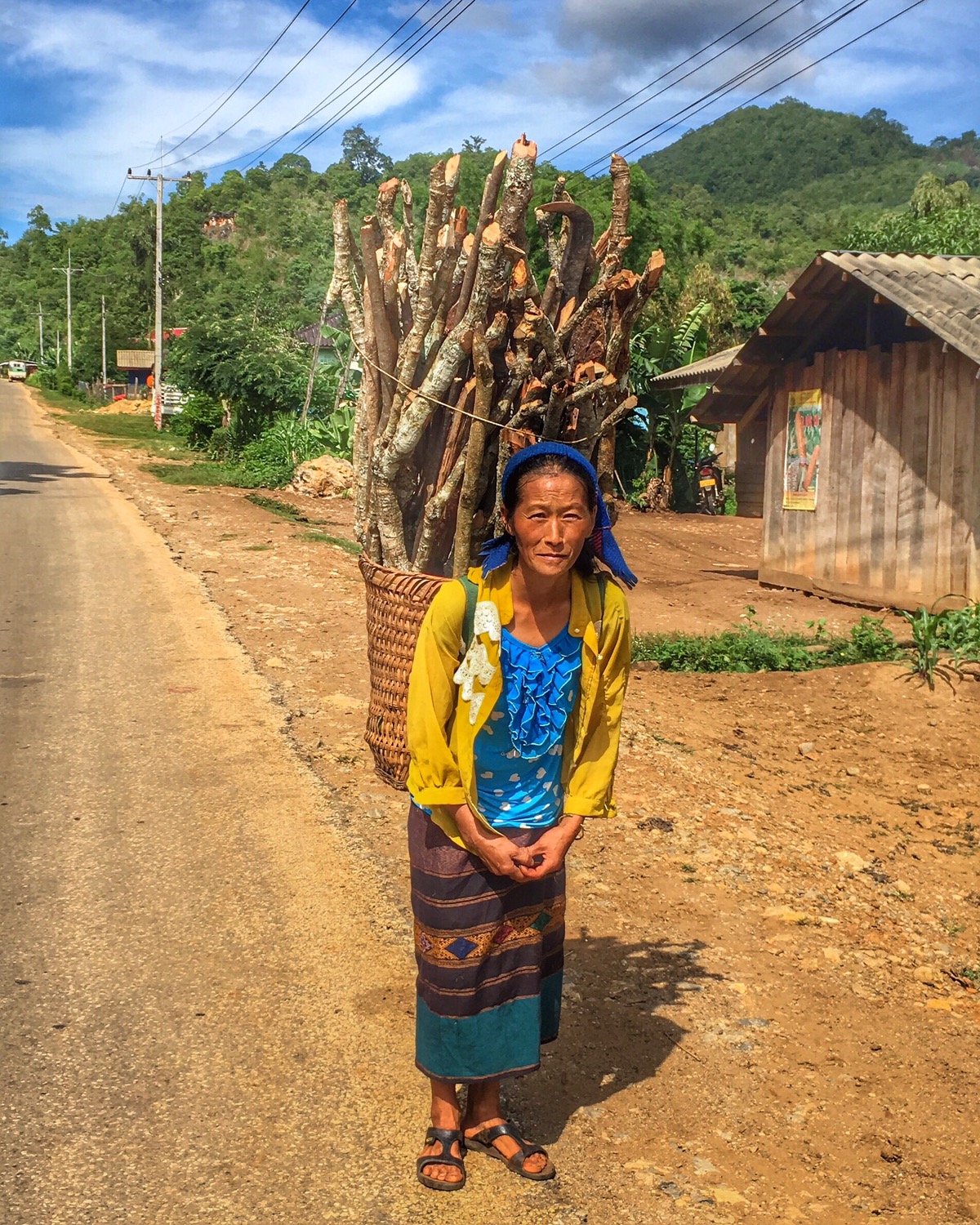 17th of June 40 miles and leaving the guest house.

Came down in the morning and just thought I would try to move my seat post, I didn’t need to use is but I have noticed the sweat from my body dripping on the bike has corroded some parts, the hunch turned out to be correct – seized solid. I decided to leave it in case I damage to my saddle trying to twist it. A job for me once I’m home, going to have to cut it out probably. 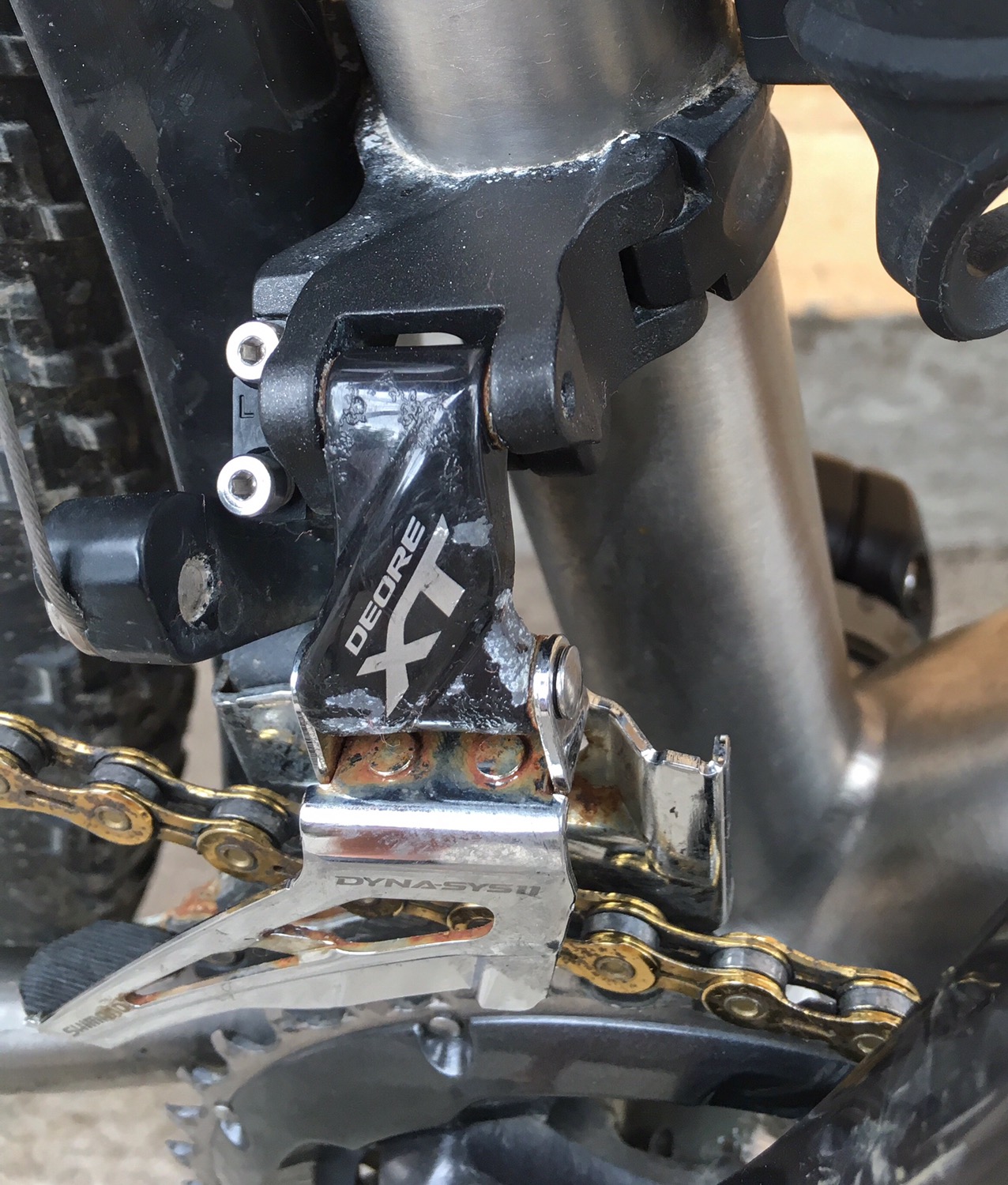 The 40 miles went well and Laos didn’t disappoint it’s an amazing country. There were stretches very similar in Vietnam, quite big stretches but now is complete and utterly mountains and jungles all the way. As far as you can see.

Managed to get a few pictures taken today as well as pushing hard now and again the knee felt good it was mostly downhill today and much happier. I was worried Laos wouldn’t deliver but by the end of the day I was I was still smiling. 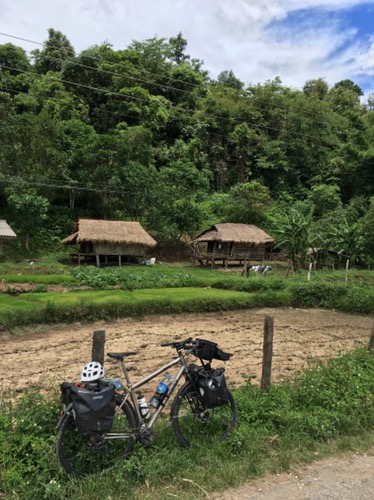 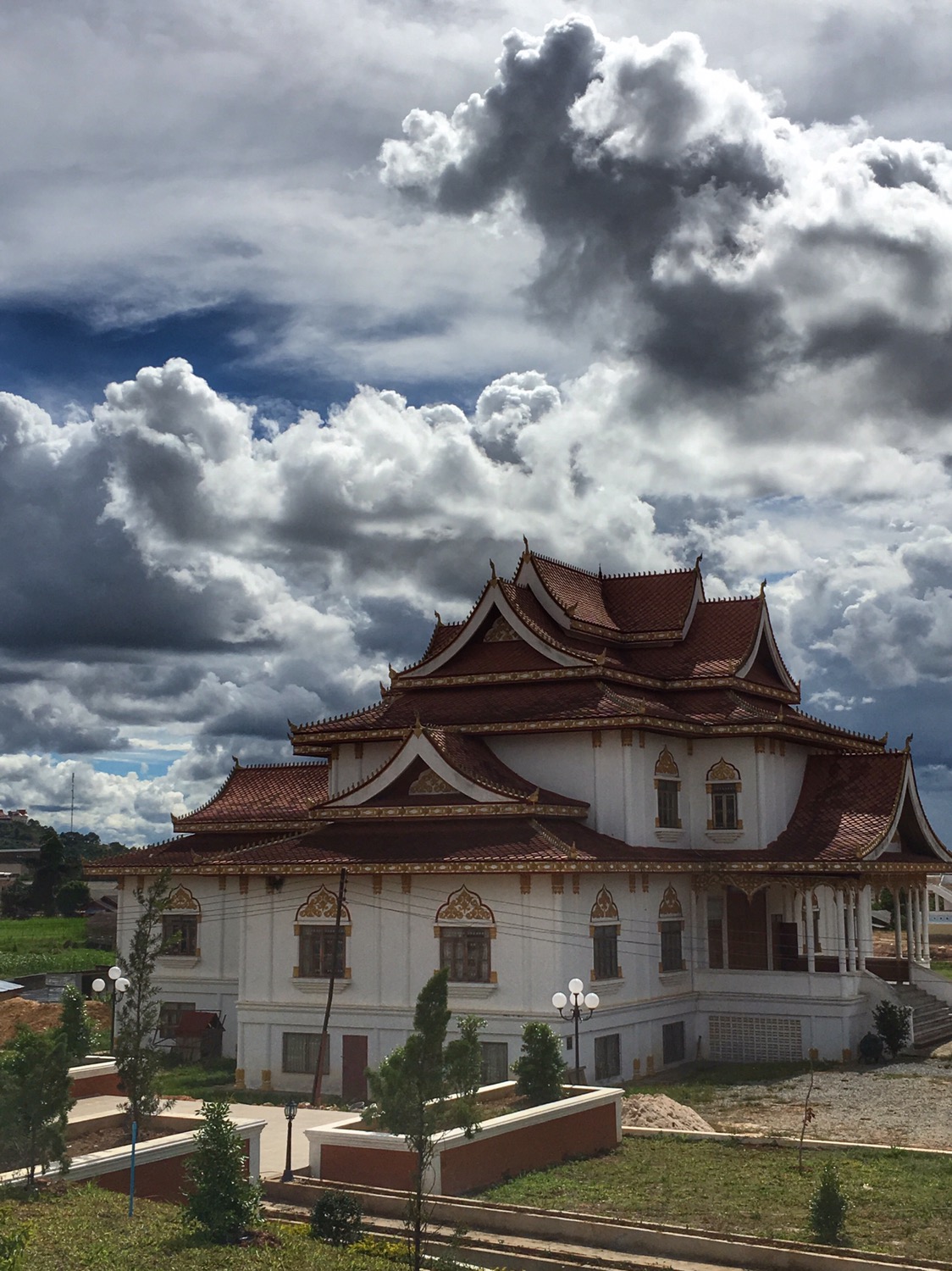 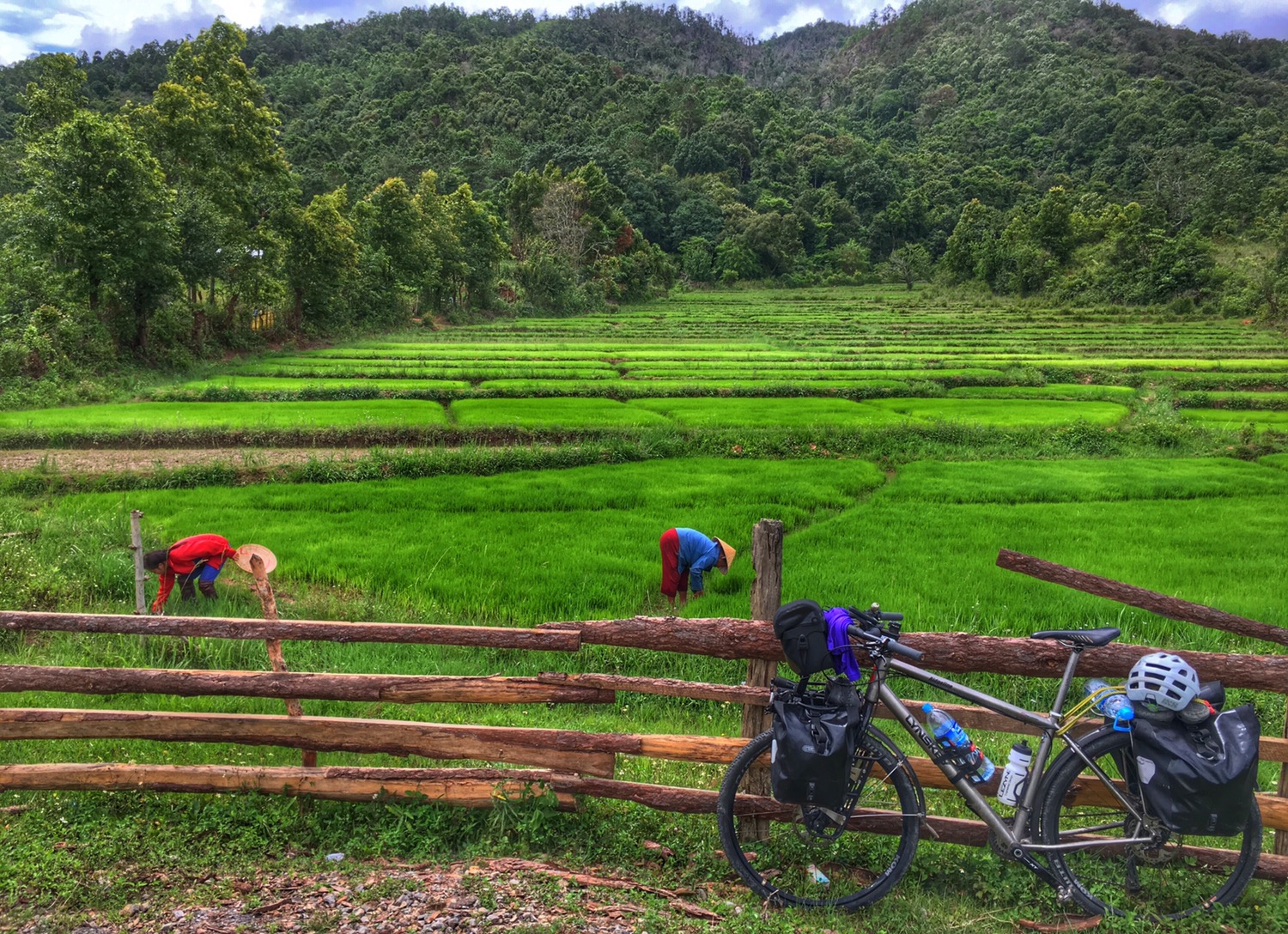 Checked into a guest house in a village called Muang Kham. A stop here breaks the journey perfectly. Just so you know.

Had a beer and laugh that night and arranged to meet them in Phonsavanh the next night. It was going to take me a little longer than them to get there. :-).

Below. First sign I was in Laos. About 10k over the border from Vietnam. 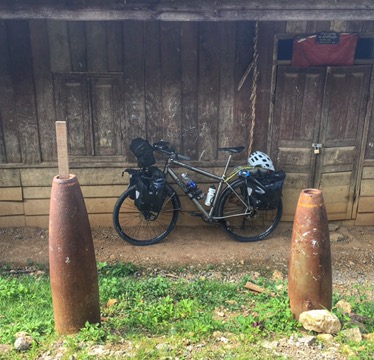 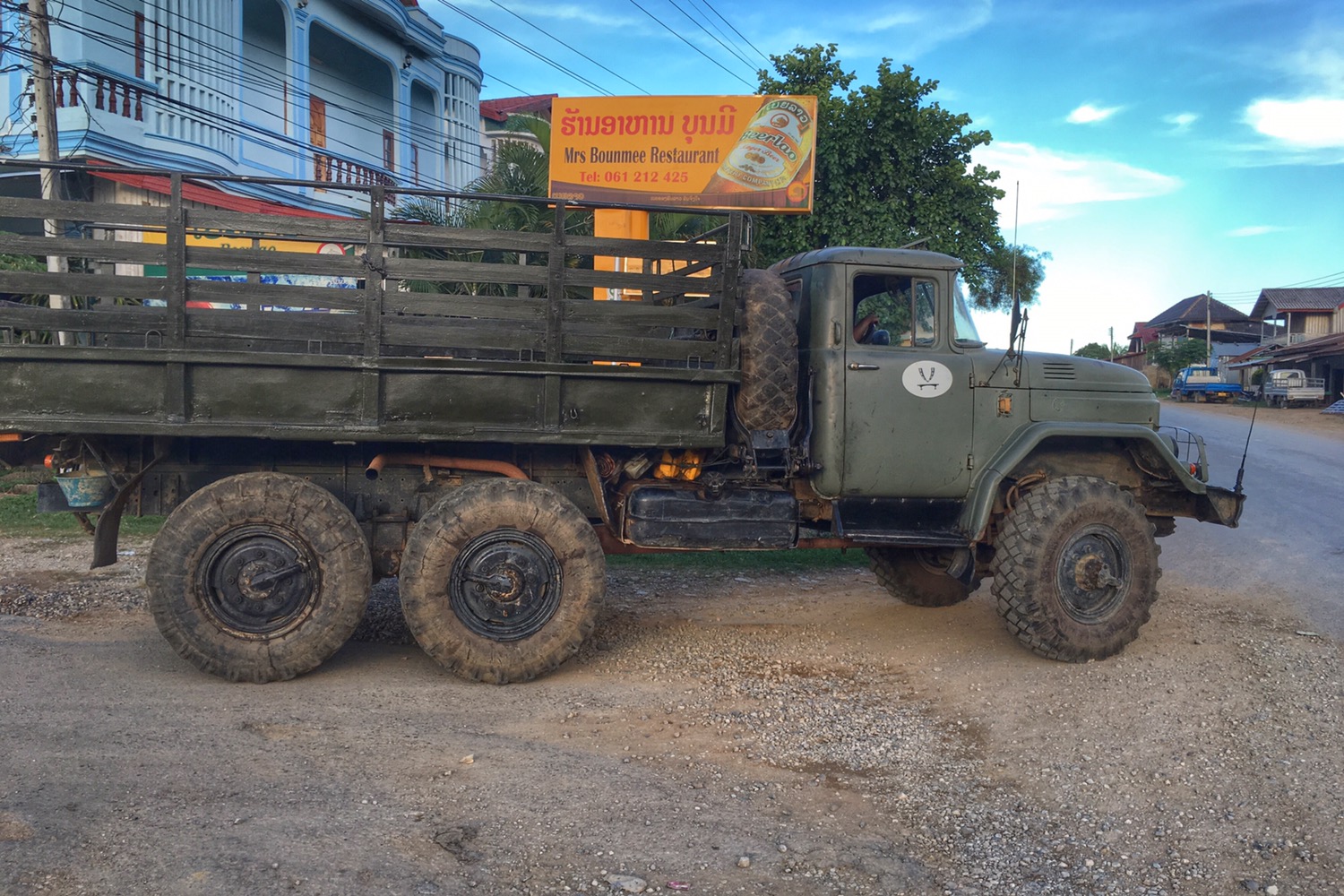 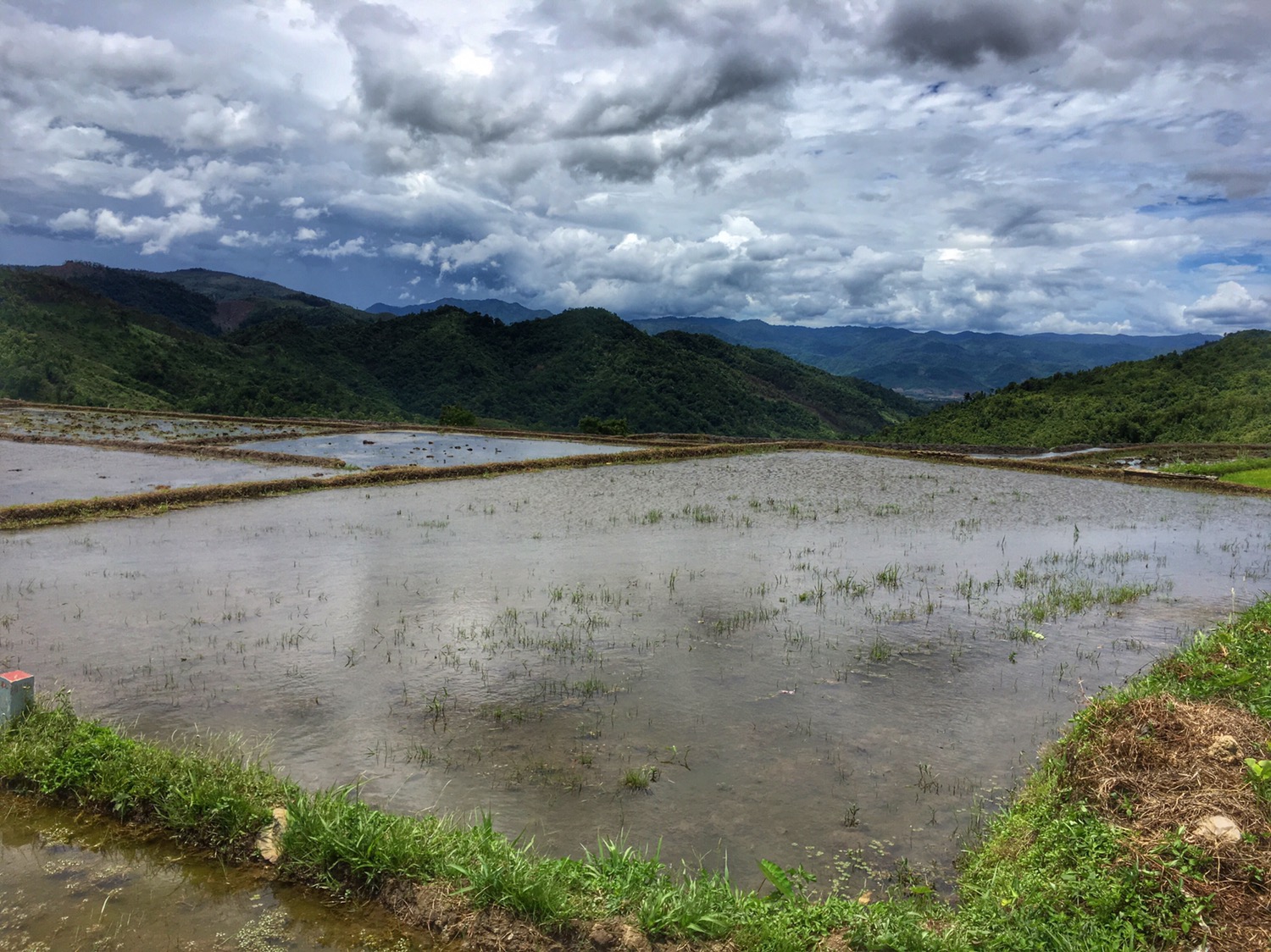