April 21. Day 7. Namche Bazaar to Tengboche (3,870m/12,694ft): 10km, 5 hours.
After initial small climb and a traverse around the mountain side we then dropped down to the river before crossing another cable suspended bridge called ‘Hillary’s Bridge’. One of the highest so far. We climbed to Tehgbuche where we saw a famous Buddha monastery and had lunch. Twice a year people from all the Mtn come for big religious ceremony at this monastery. 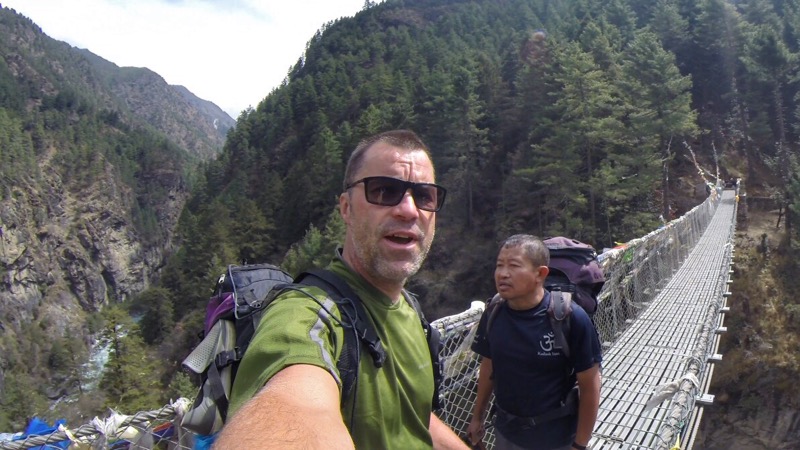 I fancied pushing a bit up the climb and went well with little effect from the altitude. All this steady trekking is great but I needed to work up a little sweat.  I sunbathed at the top for almost 40 min until Kewal my guide met me.
After lunch we dropped down about 20min and booked into a tea house for the night. Within 15min it was hailing and covered the higher peaks with fresh snow. It was nice to be watching it through the window and drinking fresh ginger tea.

I met an Aussie guy at this hut and ended up meeting him when I got back to Kathmandu for a couple of good nights out.

April 22. Day 8. Tengboche to Dingboche (4,360 m/14,300 ft): 9km, 5 hrs.
Woke to sun and walked up the valley following the river. Got a great view of Everest. I was now near the top of the khomong sacred valley. We went right where the valley split to Dingboche, 4300 meters, 14200 feet where we were staying for 2 nights with a trek up to a summit tomorrow for more acclimatisation.
The Donkeys had by now been replaced by Yak’s.

Donkeys go to Namche after there Yak and man power take over with porters carrying up to 100kg of supplies for the 850 people a day at peak season that trek to base camp and surrounding peaks.! Imagine the food and Fuel etc that many people need Especially with a big appetite after a hard days hike. Now you can begin to see how many animals and porters are using the trails every day. 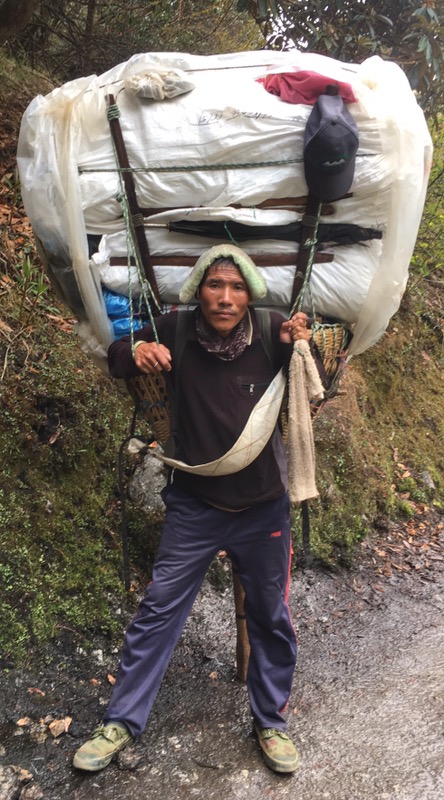 The room tonight was freezing. Actually went to bed with jacket hat and bloody gloves on.

Had a shit night sleep due to blocked nose. Dry, cold and dusty air at this altitude gives everyone a cough here. The ‘Everest’ cough. The tea huts can be like a doctors waiting room with everyone coughing and sniffling trying to deal with the altitude.

Apart from the nose tonight I’m one of the few without it. Yet……

April 23. Day 9. Acclimation -Dingboche.
Woke to fog, rain and on higher ground snow.  The weather has not been the best so far, especially as it’s mid season and meant to be good.

Climbed Khumjung. Where there were supposed to be the best view of Everest, unfortunate it didn’t clear so couldn’t see much more than 100feet. 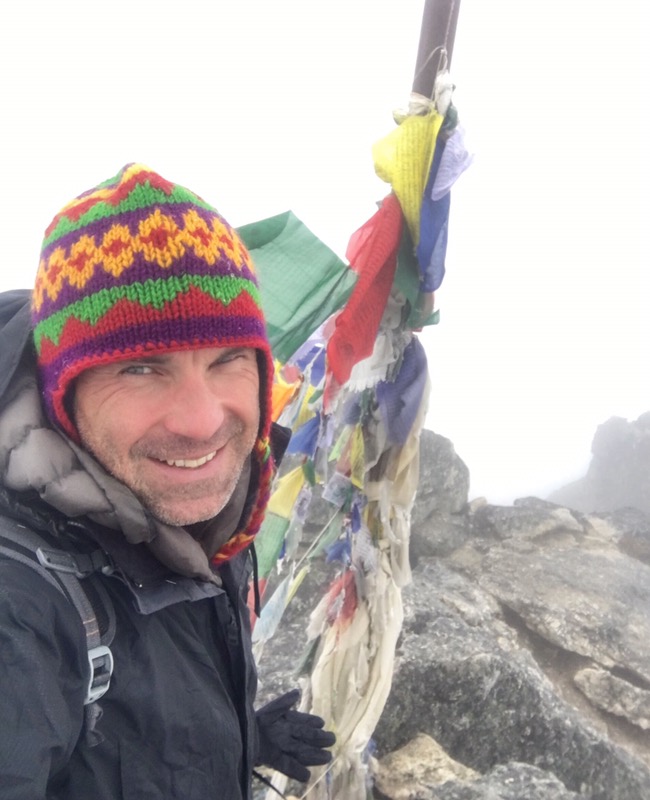 Relaxed the rest of the day in the tea house as the weather refused to get any better.

Stars are out so let’s hope that it is clear tomorrow. Stars are amazing here as you can imagine.

Went over the Thukla pass. At the top there are lots of stone memorials to remember climbers and Sherpa’s that have died climbing. 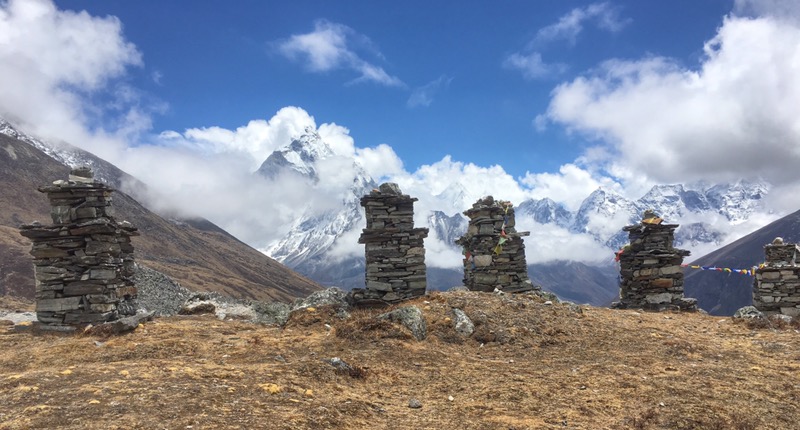 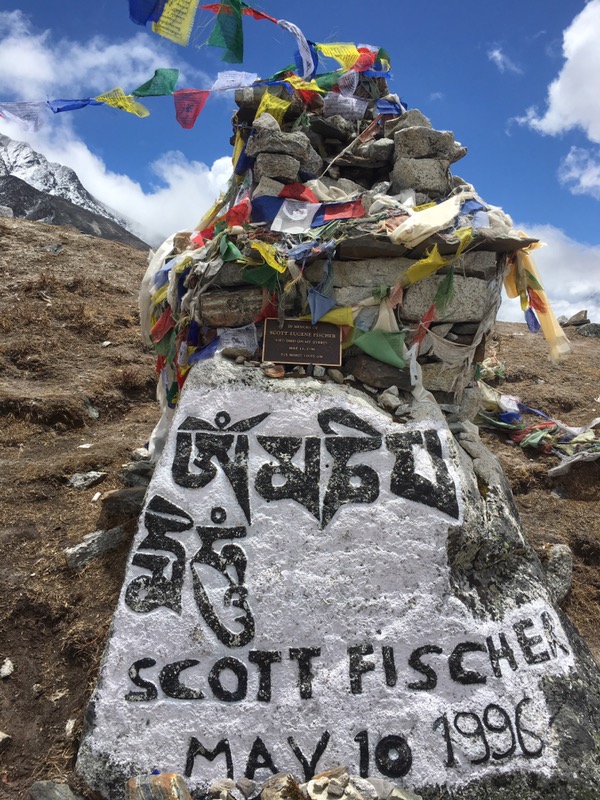 Weather was looking really good for tomorrow. Base camp day!  Met Benjamin and Tommy the German guys it the tea house and ate with them. 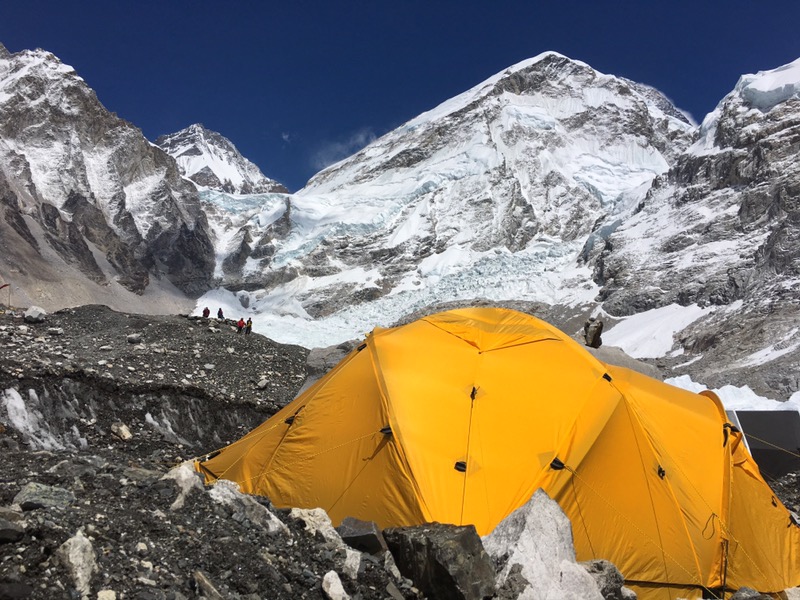 Up 6:15 after terrible night sleep. When you fall asleep at this height your breathing naturally slows then your brain suddenly realises you need more oxygen so you wake up gasping. Kind of like having a dream you are drowning and waking up trying hard to breathe. I Headache and a bit of a cough in the morning Looks like the altitude may have started to get me.

I washed some clothes the night before and hung them to dry in my room. I knew they wouldn’t dry but will hang them on top of rucksack tomorrow. In the morning I went to take them off the hanger and they were frozen solid 🙂 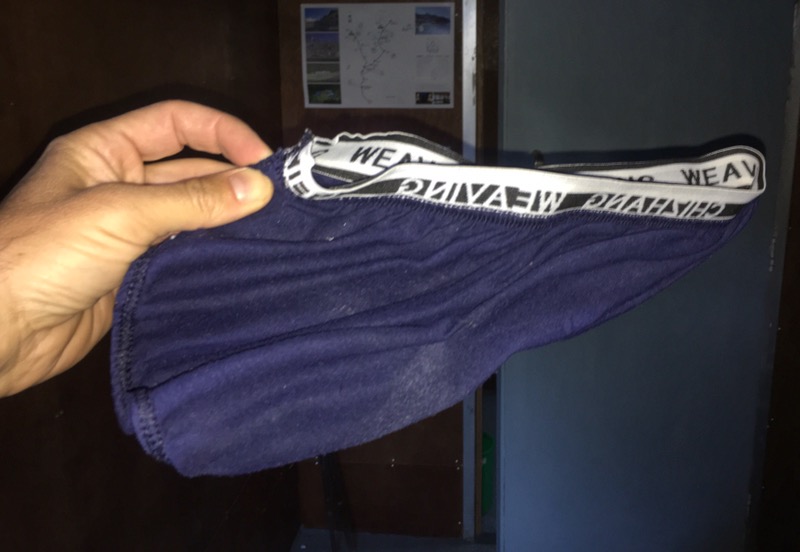 Started steadily up following the valley to lunch at Gorakshep. This is also where I would be staying that night so dumped bag and took a small sack and hiked to base camp. Saw the Germans for the last time as we left. Waved to them from a distance as they headed out on a different path.

Base camp was great to see and a big part of the trek. Something I have always thought of doing.

Quite a long day and was tired after the crap night sleep when I arrived back at the tea house. 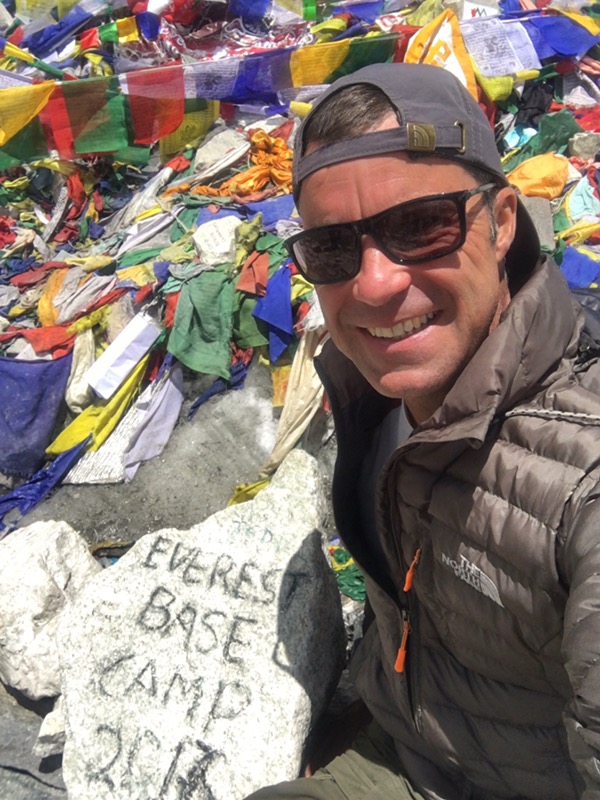