Slept well which was a result. Altitude really wears you down. Coughing still but not too bad.

Woke at 6am. Couldn’t sleep anymore so packed and sat in dining area with a coffee waiting for Kewal to arrive.

There is no running water at this tea house. Buckets outside had frozen solid so couldn’t use them. Cleaned face and teeth with some of the water I had left in my bottle.

Set off to climb Kalapather for a better view of Everest. Half way up I asked kewael if the view gets any better? He said no not really. So I said ok well that will do then! I can’t be bothered to climb another hour or more, let’s get back, pack and set off for Dzongla which is still a 3hr trek away.   Good plan.   Arrived at 3pm. Tomorrow is another long day. 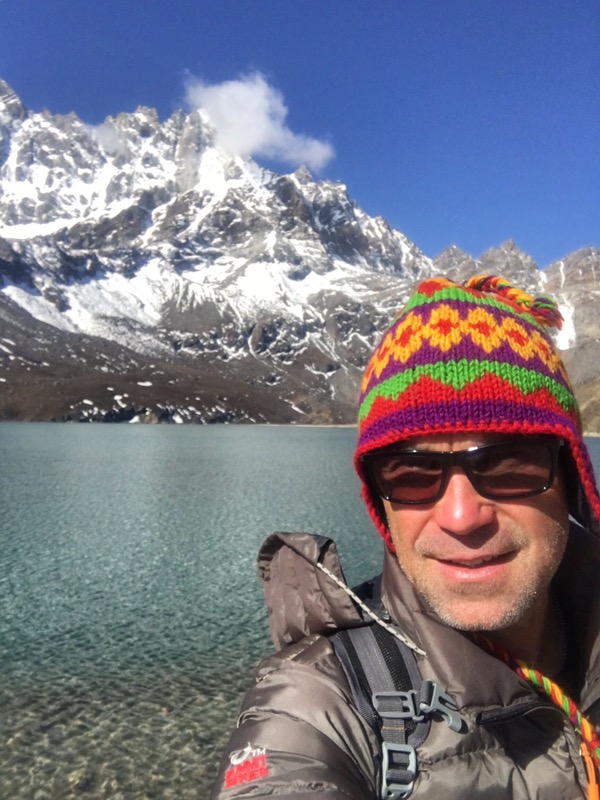 Alarm went off at 5 and we left at 6. Everything was frozen. Broke the ice in bucket this morning to wash face and clean teeth.  There is something confusing and wrong about rubbing frozen sunscreen onto your face in the morning.  Set off up the valley and climbed steep for an hour and a half until we reached the glacier. Everything was frozen and covered with a dusting of frost.  We continue to climb on glacier up to the Chola pass. 5400 meter almost 18000 feet.

Then dropped down a loose rock decent covered with ice. A little sketchy but we took it steady. We continue down for a few more hours until we reached Thangnk where we had lunch. From there it was a few hours to Gokyo across a glacier. Njaungba glacier. The longest in the world. It was wide enough too! Took a while to cross.

Gokyo is a very small village as all are here in the mountains, on the edge of a lake fed by a glacier. Turquoise in colour.   Staying 2 nights. 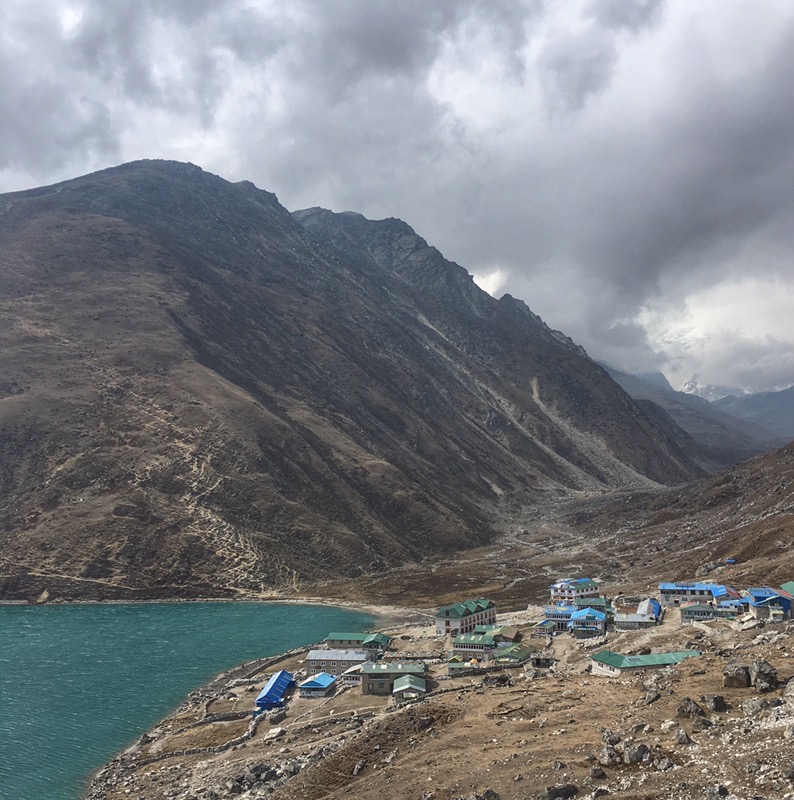 Today we climbed Gokyo Ri. 5460 meters to see the best view in the world. Unfortunately it was a little cloudy when we reached the top. That seems to be the pattern at the moment. Clear in morning then cloud creeps in during afternoon. Still got an amazing view and really made you feel you were on top of the world.

Chilled the rest of the day. Not too much to do in these small villages.

We are trying to jump a day today by walking two days in one.

Climbed from the lake in Gokyo up and over the Renjo pass at about 5500 meters.   I found it hard going. Tired I guess. I’ve been walking an average 5 hours a day for 15 days now. Great view of Everest from here. The best yet. 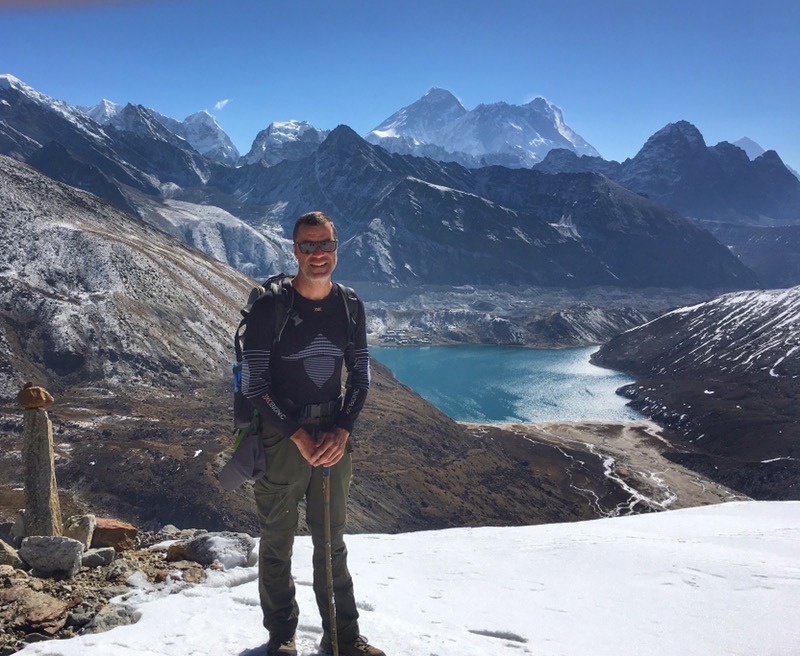 Then a long walk down valley. Each time I asked Kewael said the accommodation was just round the corner.  He said that at least three times :-)).

As we descended it got warmer and there were trees growing now.

The guy who owned the lodge we stay at tonight was showing me pictures of a Gurkha who had climbed Everest 21 times! Took me a minute to realise it was his brother. There were some cool pictures.

He was here filming a documentary about his life. He had returned for two weeks from America where he now lives. What luck. That night I drank ginger tea with him and learnt about how he was now helping with local schools to improve standards in education and general welfare of the children. Very lucky to meet him. 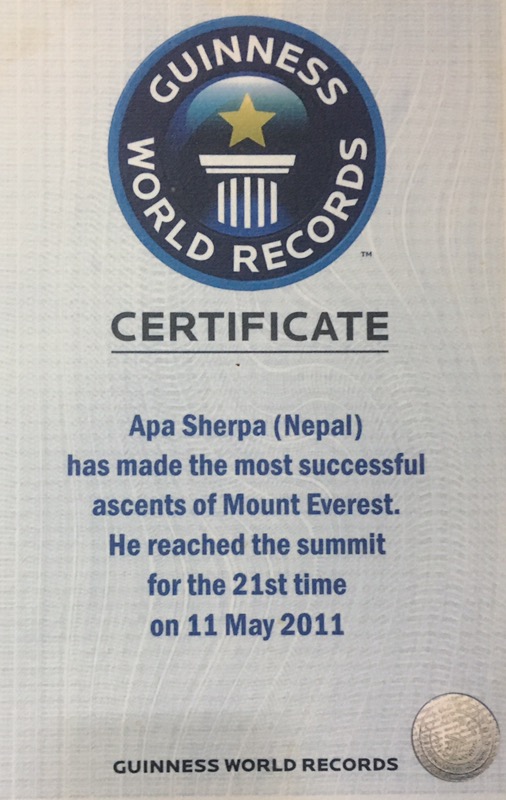 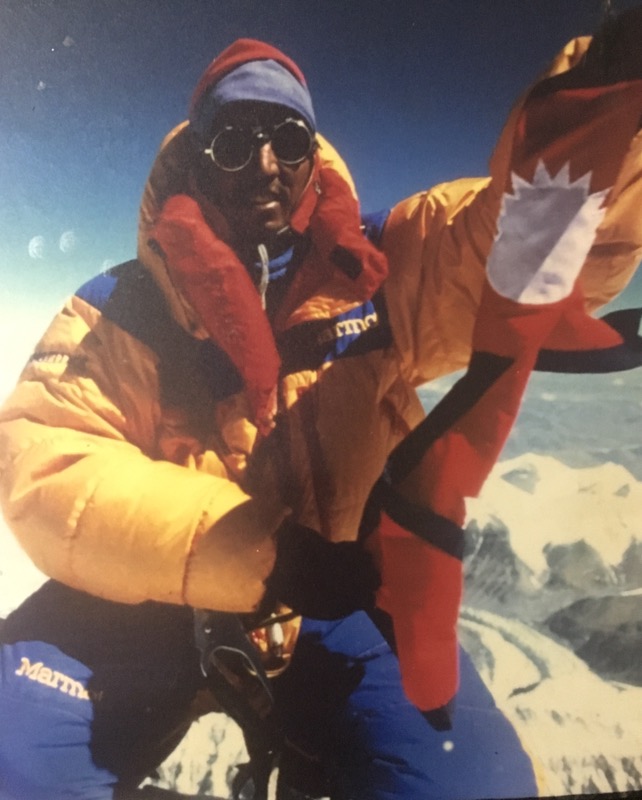 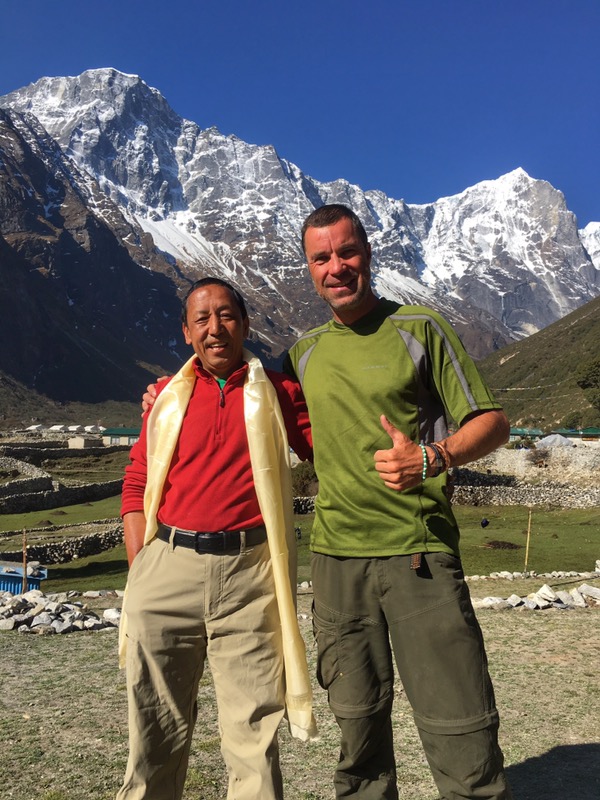 Back in Namche again. Compleated The full loop. Just a few days back to Lukla now.  Watched a film in the pub with Popcorn while Kewal slept. He was tired too. 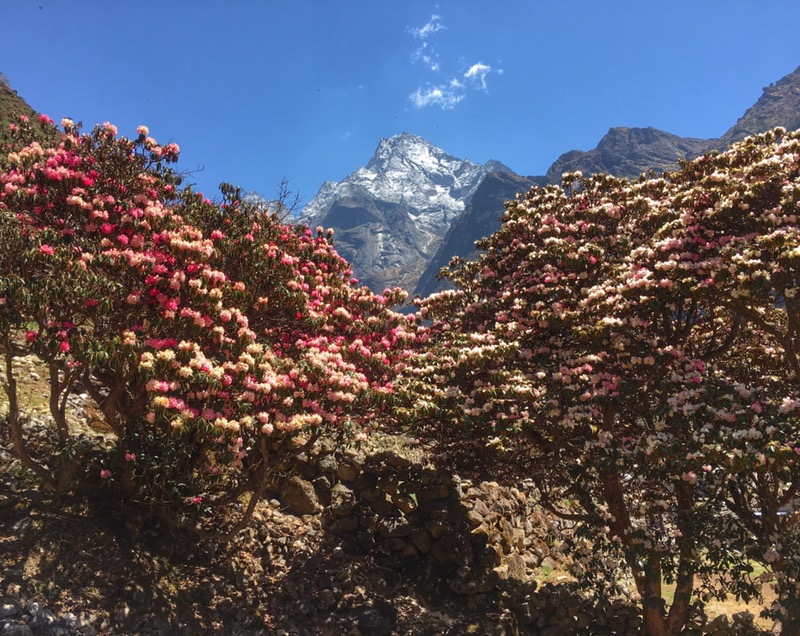 May 1. Day 17. Namche to phading.
Very Short day. Raining so the waterproof came out.

One thing I haven’t mentioned is the Earthquake from 2015.

There are still signs of the destruction everywhere. I saw many houses in the mountains now uninhabitable and also in Kathmandu buildings still held up by big beams of wood propped against the outer walls.

The earthquake killed nearly 9,000 people with a magnitude of 8.1Ms. 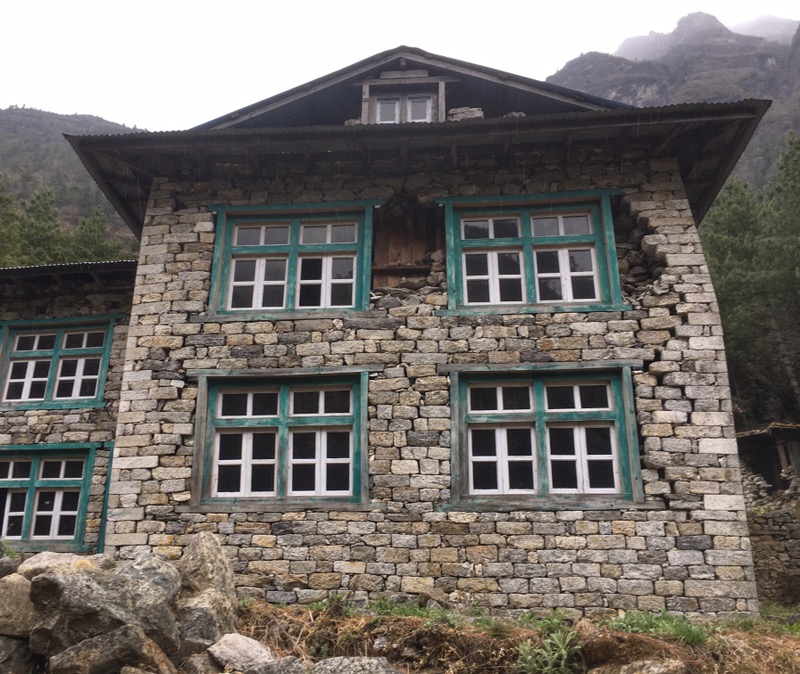 Easy day, mainly Descending. Soaked up the sun. Couple of extra coffee stops.   Good to arrive and complete the journey.   Had a few celebratory beers.

May 3. Day 19. Lukla. Flight back to Kathmandu.
Interesting runway at Lukla. 500 meters long and very much pointing down hill.!

The propeller plane just drops off the end for a 30min flight back to Kathmandu.
I had an amazing guide – Kewal did a good job of looking after me. 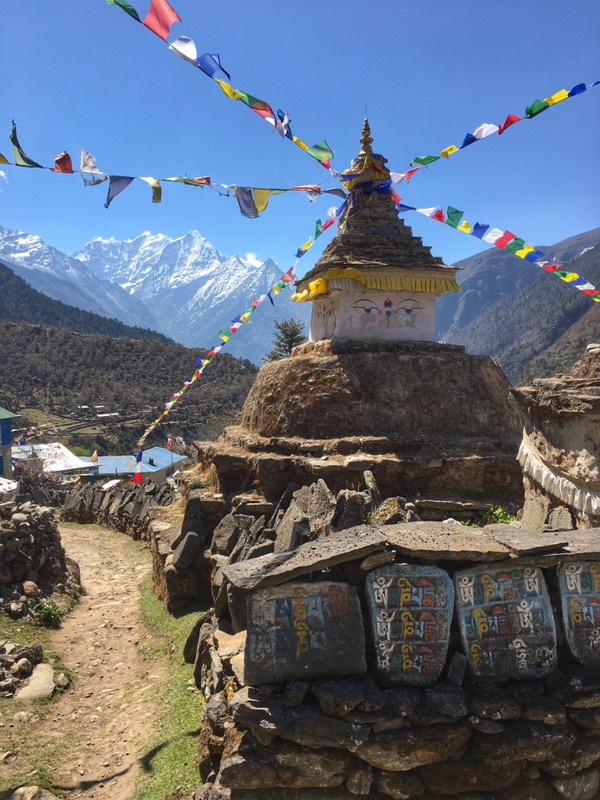 In the last year or so I have seen some amazing places and met some equally amazing people.
Hope you all enjoyed the online diaries.

Hope to see you on the trail.!