Dave and Jack invited me to go with them on the back of the motor bikes to the Buddha cave about 30k up river. It was a long ride the last 6 miles were off-road. Good fun and so much easier power assisted !!!!! 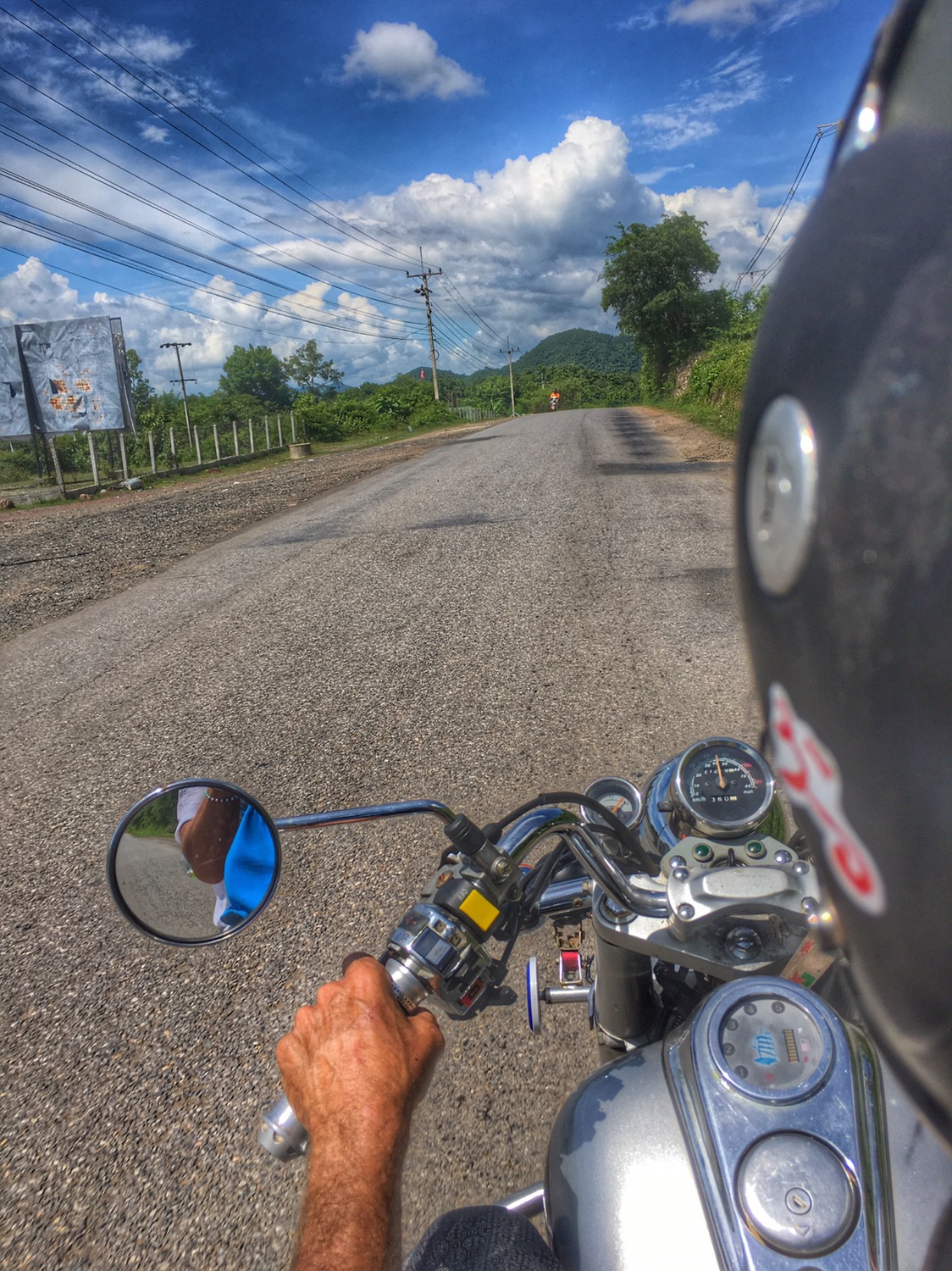 We eventually got to small village where we caught a boat across the Mekong River to the cave. It was a good day out. The cave was ok. General trip and day out with the guys was better.

The story goes that when Pol Pot’s was massacring people in Cambodia he was also cutting  the heads off the Buddha statues. Seen as an act of disrespect. The Monks from Cambodia spoke to the Monks in Laos and told them to hide all their Buddha statues just in case he moved north into Laos. So there are many caves all over Laos that have lots of hidden Buddhas. In this cave they apparently hid 15,000. 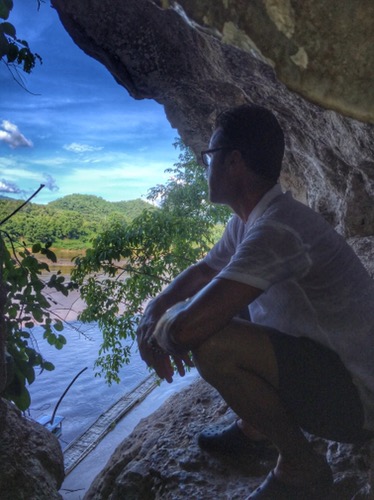 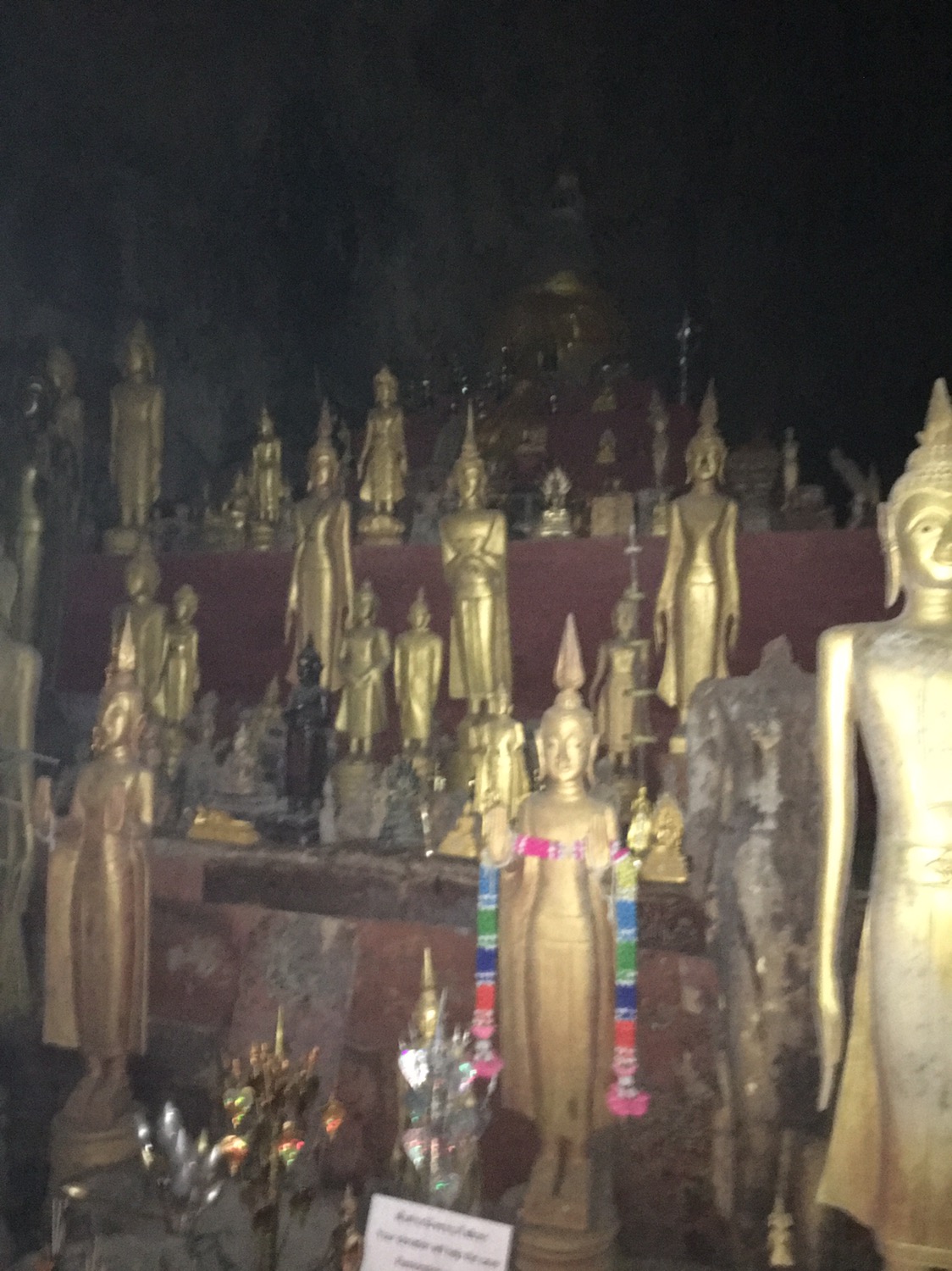 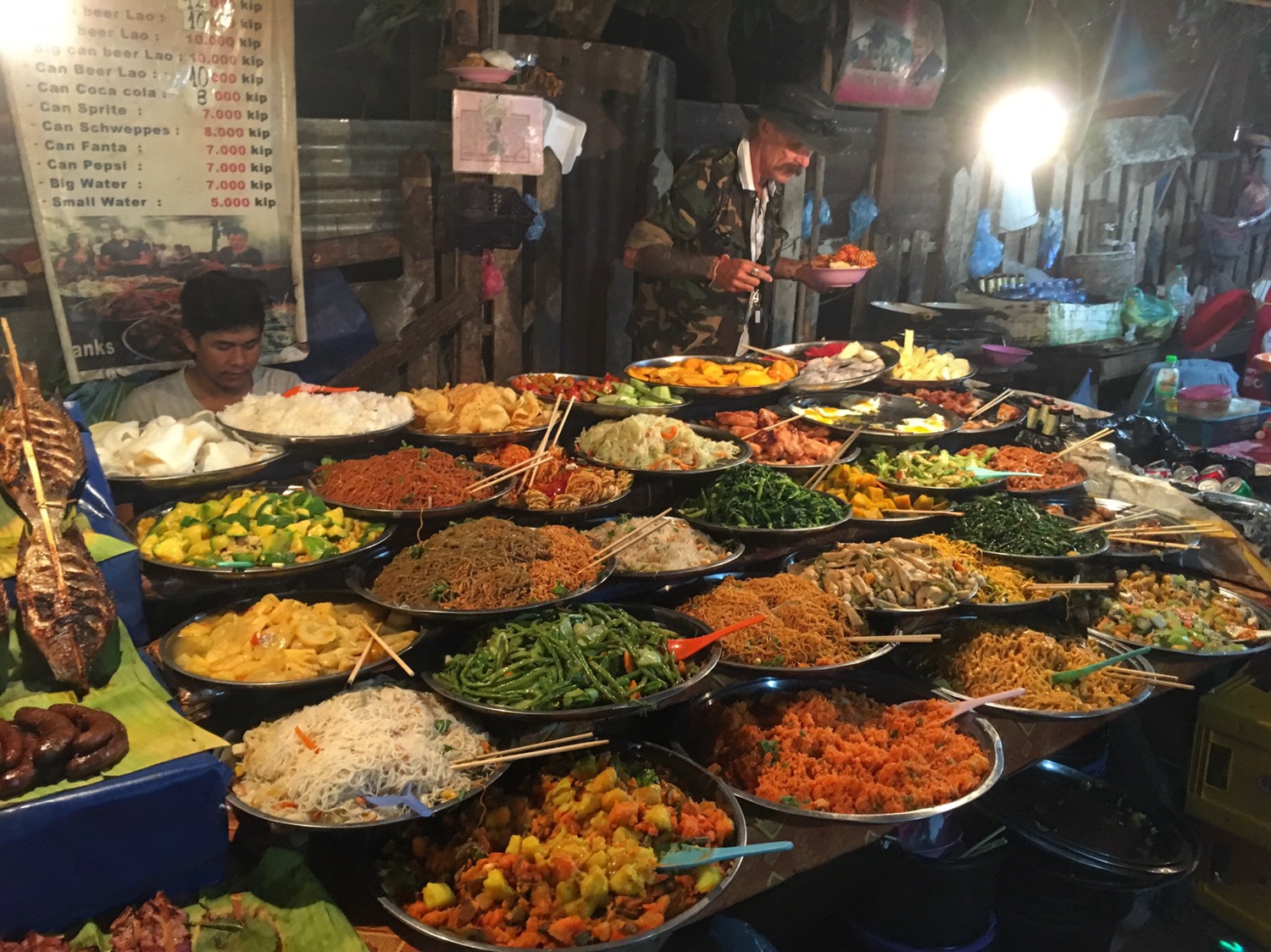 Met the Spanish girl that I met a few nights ago with the French couple on the recumbent bikes. She was actually staying in the same place.

She was trying to sell her moped as well as looking for a Mexican guy who had her laptop. She kept asking us if we had seen the Mexican!?  It was a bit like a Tarantino film where everyone started looking for the Mexican. She managed to sell her bike and we tracked down the Mexican, who generally slept all day and wasn’t aware it was turning into an issue.

Drove with Dave and Jack to Kasi Waterfalls. about a 30 minute drive. Great place, a must go. 20,000kip to enter, lots of tourists but if you go right to top they thin out a bit.

Bears are there to see that have been rescued from hunters, or hunters caught them ?  Not sure. 🙂 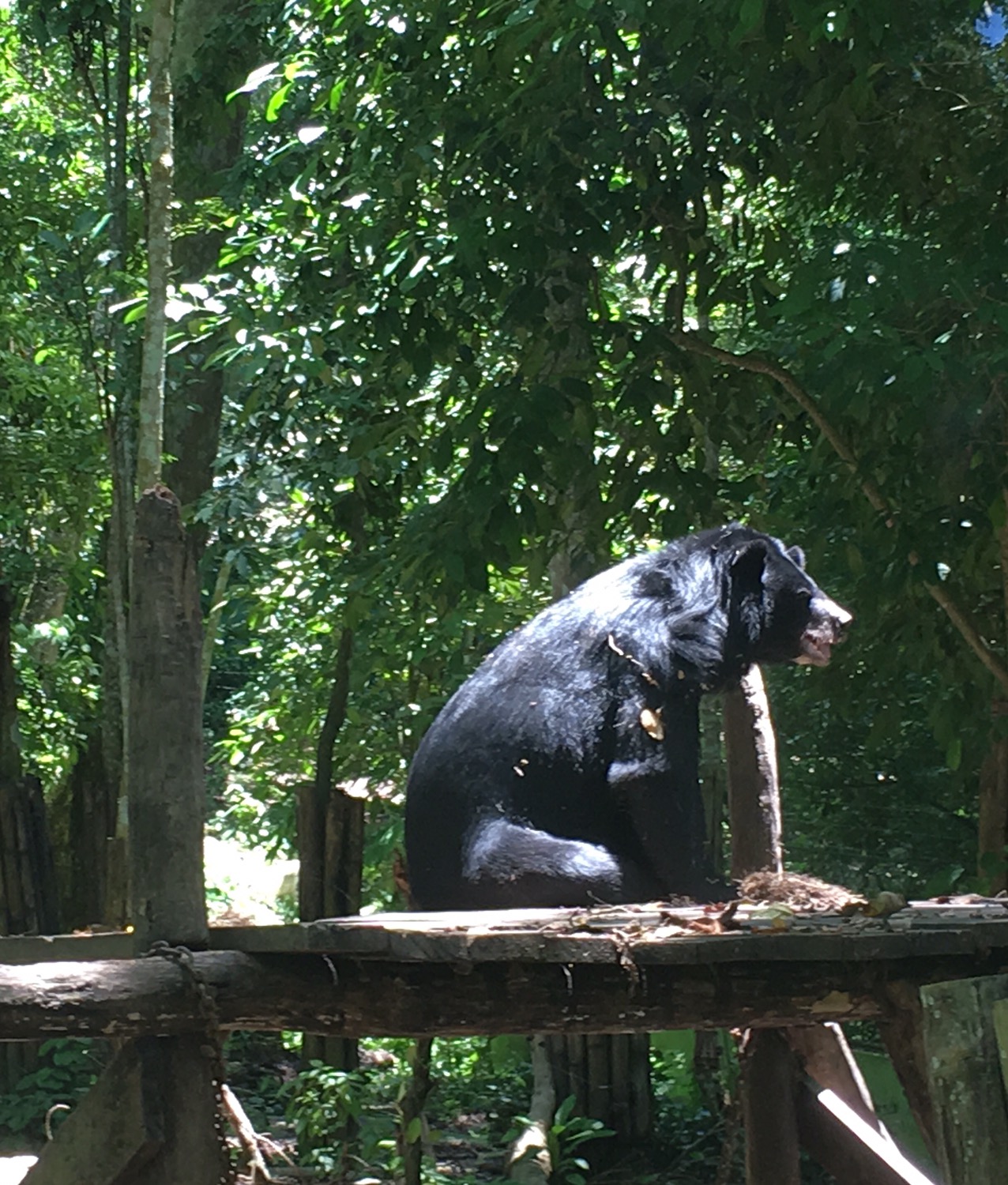 The falls were well worth seeing.. You can also swim in them. I went right to top and stood looking over the edge. Long way down!  Half way up there is a no entry sign. It goes without saying that, – you go past the sign, through the fence under a fallen tree and then you get to a waterfall you can swim under.  It was powerful though and pushes you under although it had rained heavily the night before.  So careful. 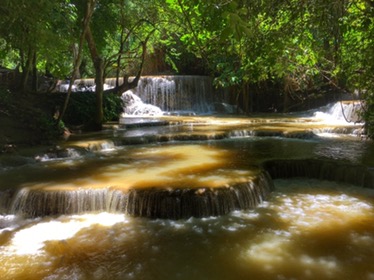 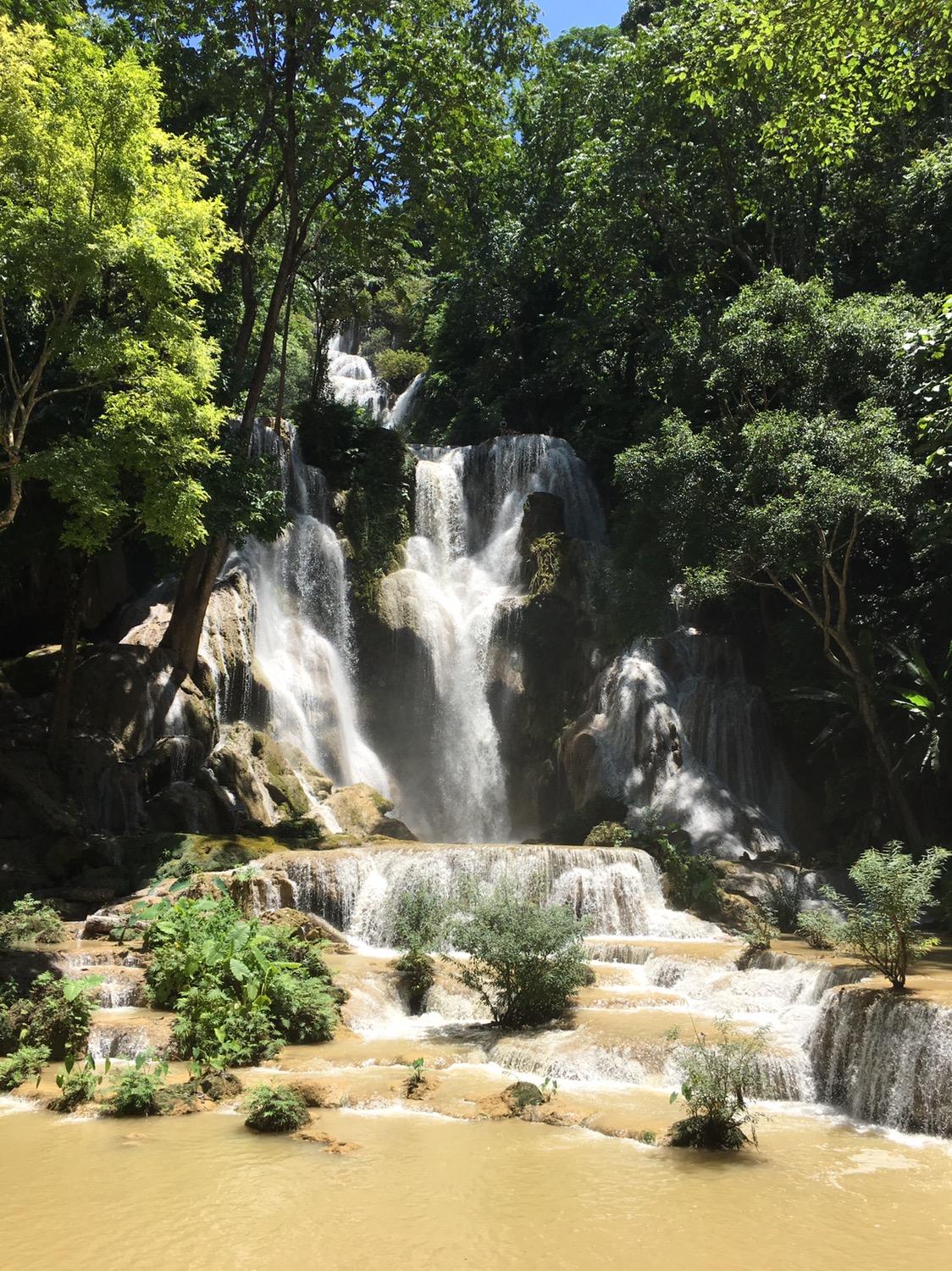 On the way back home Jacks bike broke down. We had to kick start the thing at least 20 times every 1k to get it going! It was a long 25k. Stopped for ice cream though :-). 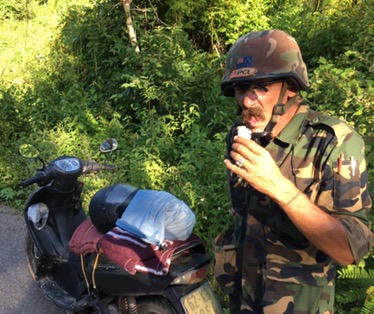 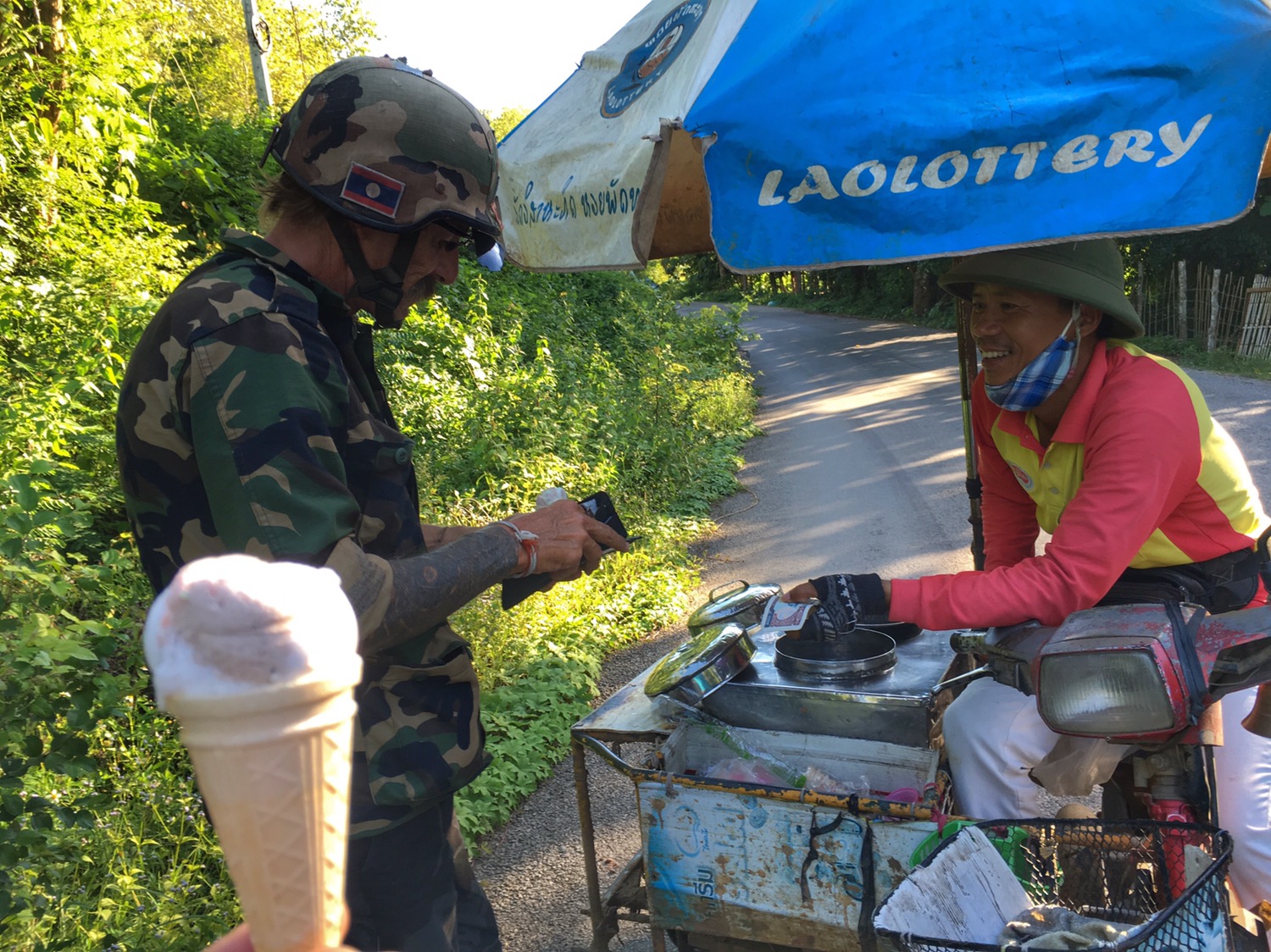 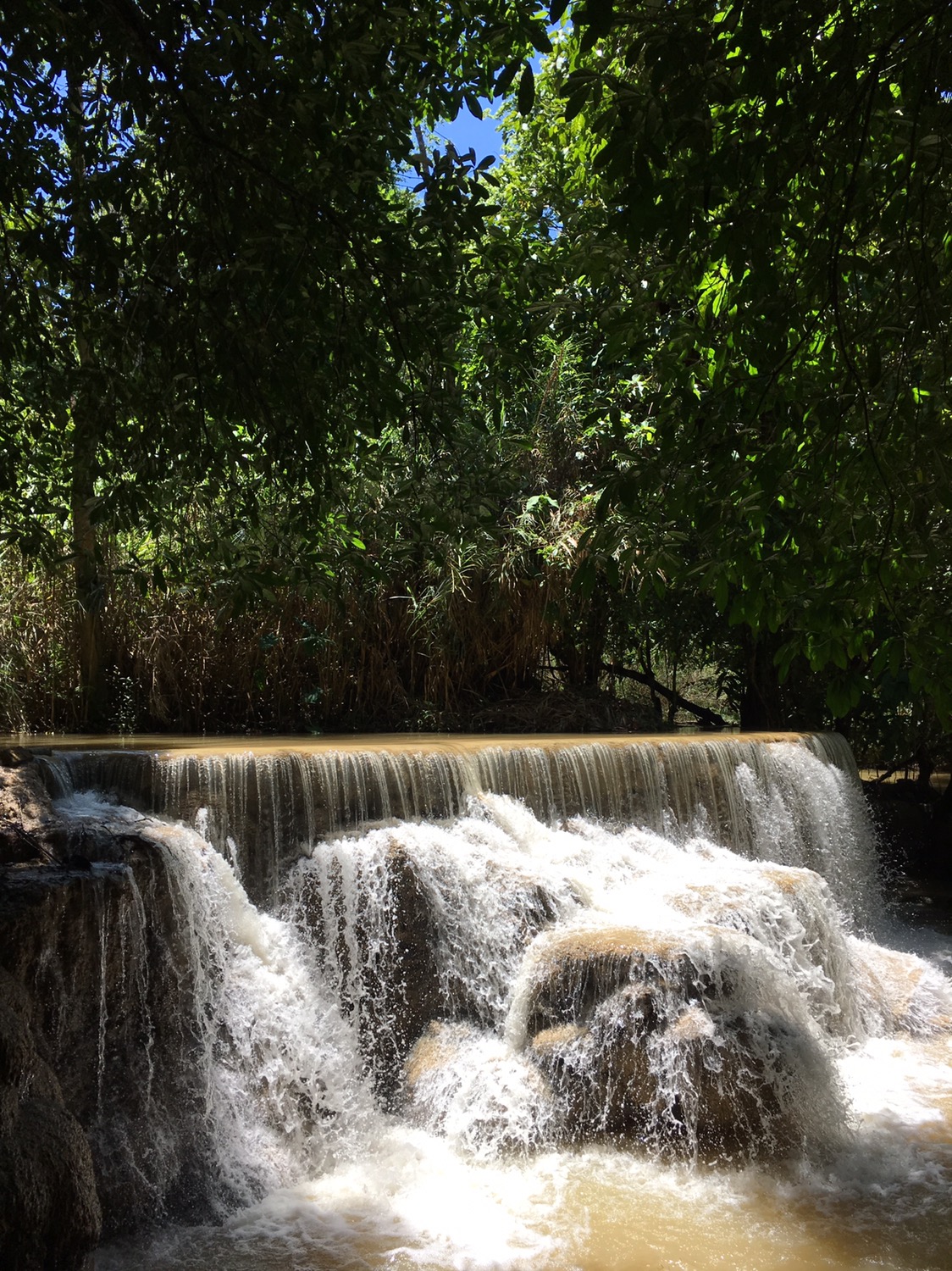