Last blog ! Hope you have enjoyed being part of the trip X.

Left Vang Vieng and headed for the capital Vientiane. Very hot now as I’m at a much lower altitude. Humidity is also higher which hurts. Felt rough today. Hydrating is hard and I suffered a bit. The last section was a dirt road that was also being used by cars and lorries so when I arrived at the small village called Thalat where I stayed next to the river, I was covered in red dust. 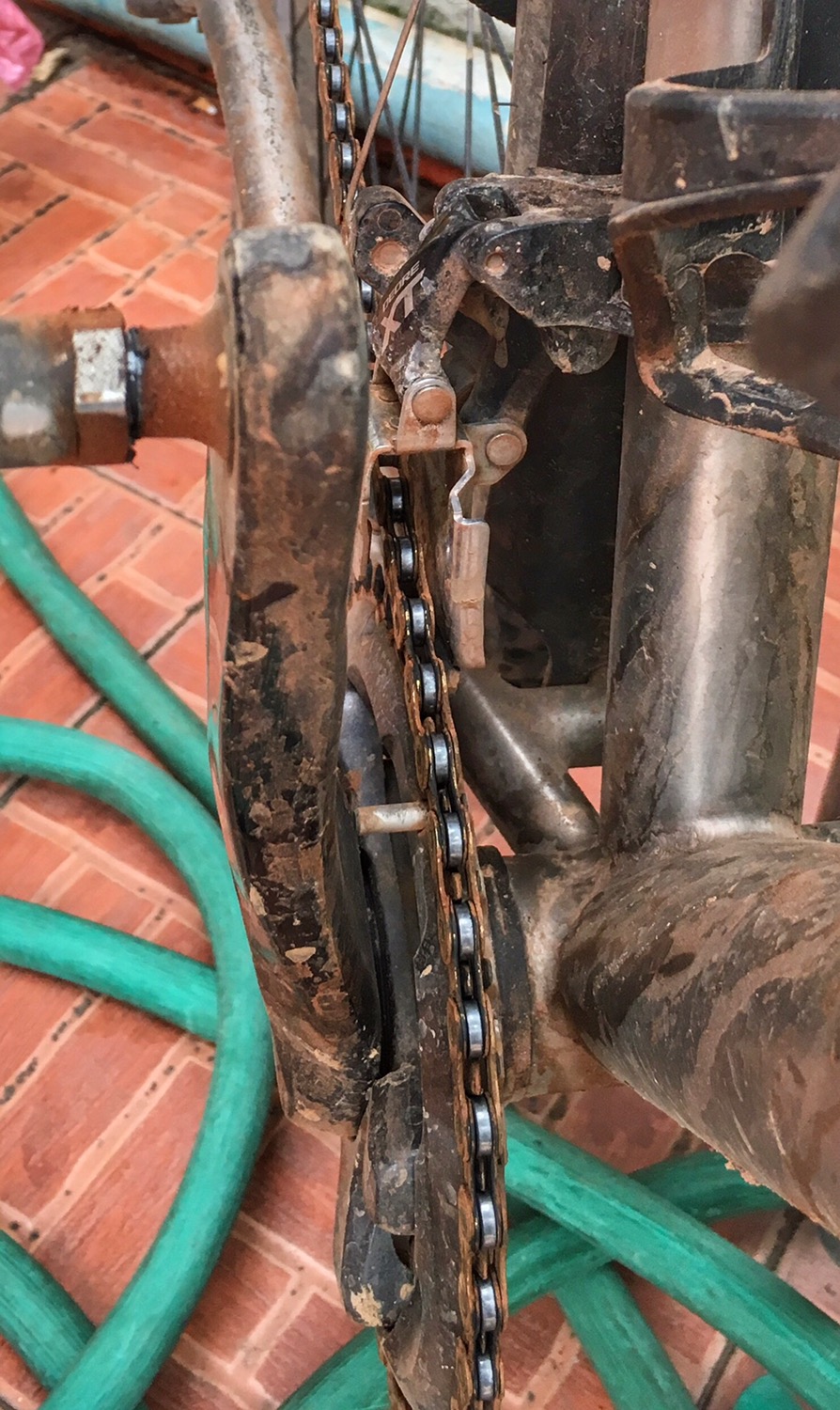 The bike getting some love. 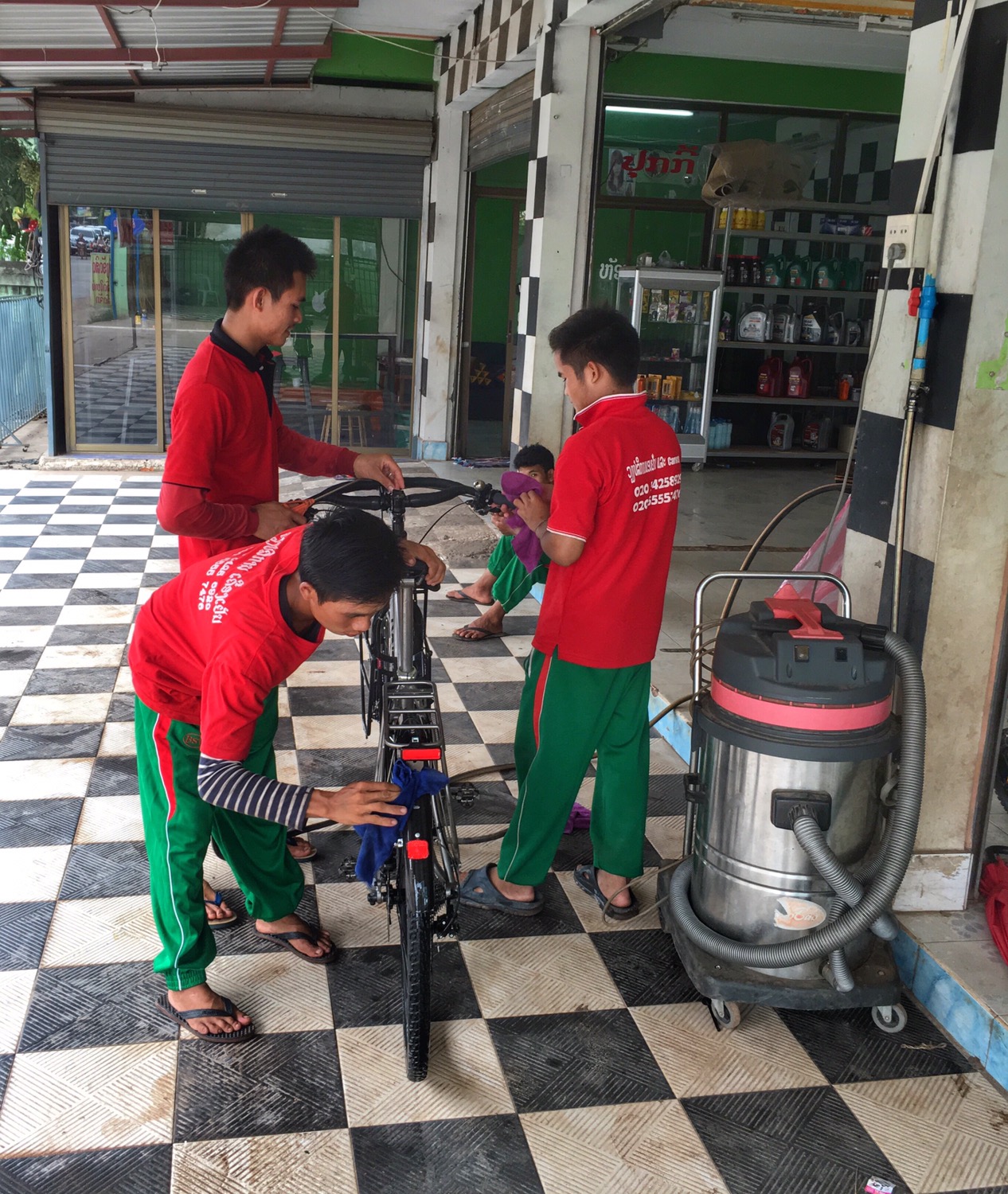 It’s about 115 miles to the Vientiane. A little further than I thought. I had my Garmin set to use off road trails and it took me on a dirt road that followed the Mekong river for about 20 miles. Hot and dusty with not quite enough water with me. There was also a river crossing where you had to get a boat for 2000 kip (20p). When I got to Vientiane I stopped in a shop to get water and whilst walking round the store I almost fainted. Guess I needed food and water more than I had realised. As I say – it was a bit of a rough patch. Booked into a guest house for 14 quid a night. Not that cheap.

The brewery where Tiger beer is made. 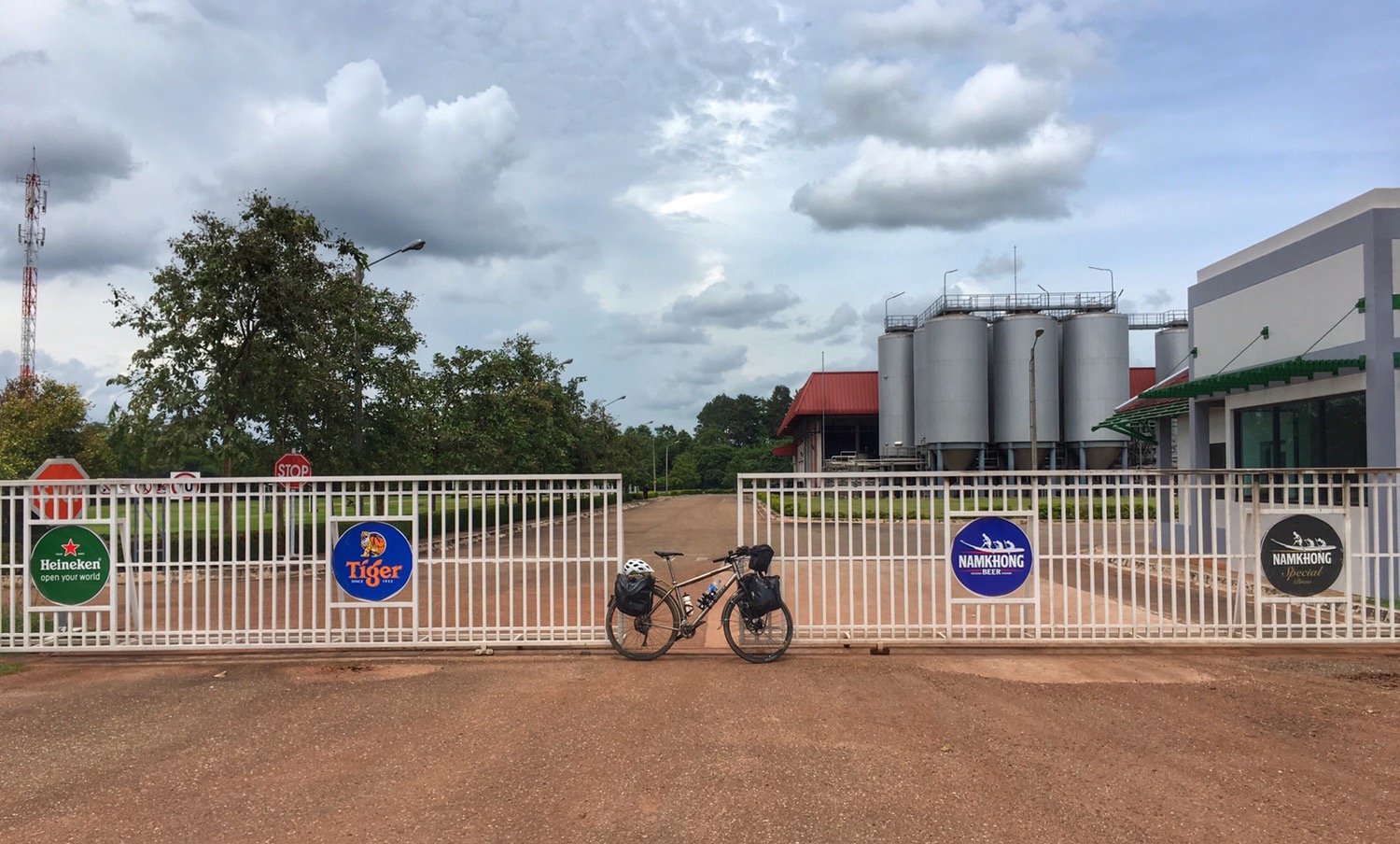 The road to Vientiane along side the Mekong. 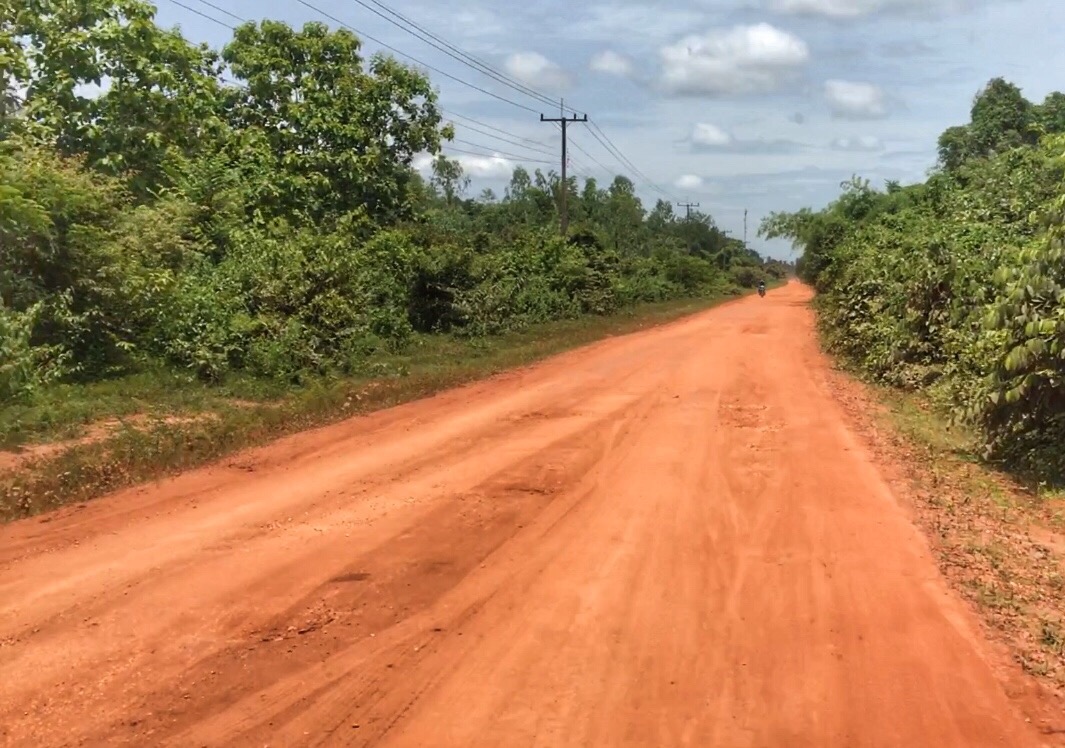 Met the guys from Vang Vien again. Ben. Branch, Cecilia and Marlene. Anne and Ishara were there to but left the following day. A day or so later Branch and Marlene also left for south Laos.

That’s the thing with travel, you meet people, build a relationship faster than you would normally and then part ways. You might bump into them weeks or months later but also you may never see them again. 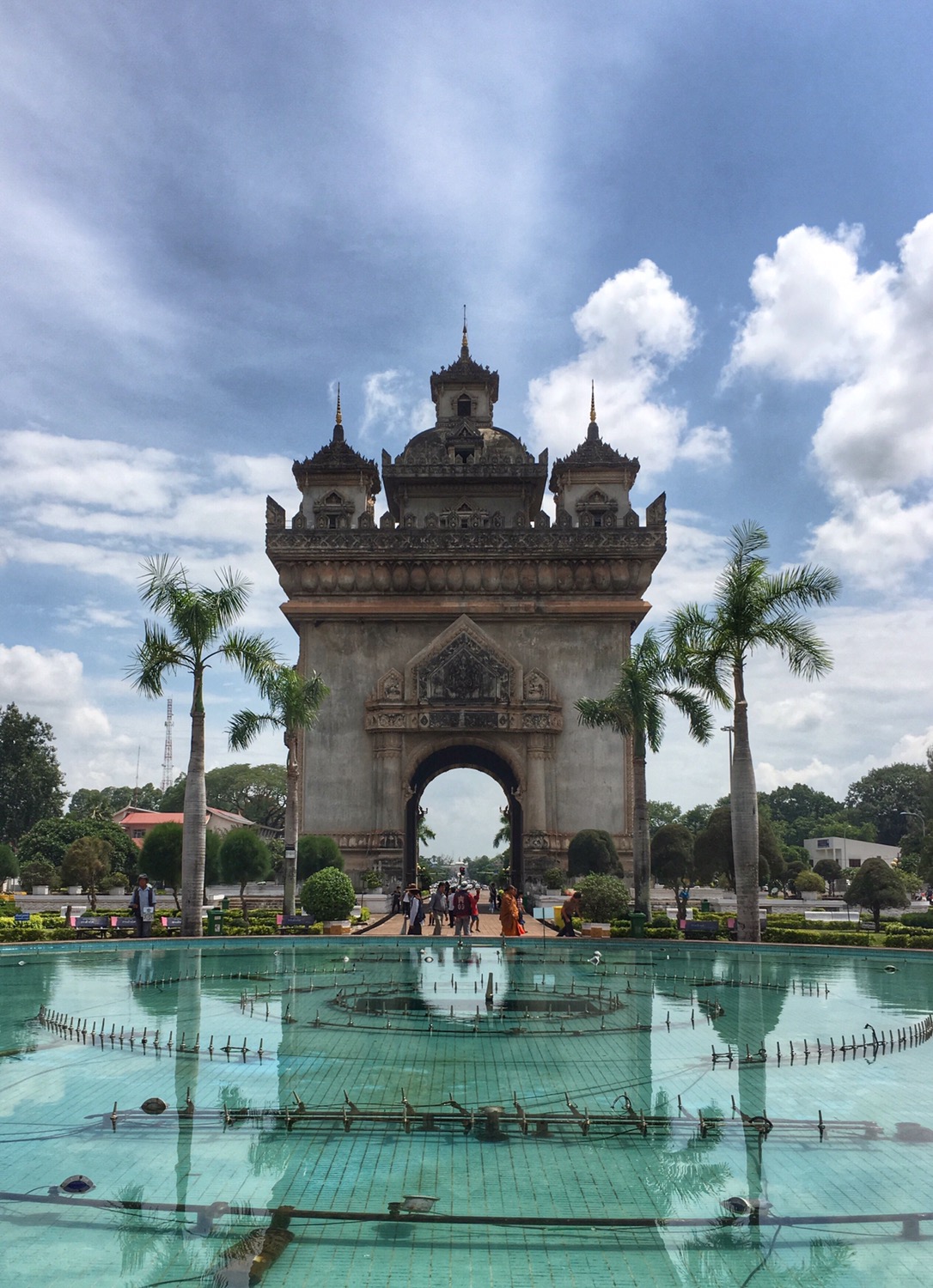 My plan was to leave Vientiane after 4-5 days but a day or so before I left I realised I had over run my visa by a week. I had to go to the immigration police pay a fine ($10 for every day over) and renew it. This took 4 days. I decided to stay and just catch a flight to Hoi An so I could house sit the first few weeks in August and take part in a charity ride for Vietnamese new borns the beginning of September.

While in Vientiane I visited Cope. More info on the bombing of Laos and how they help the people who have lost limbs etc. It was shut! We managed a sneaky look round before we got thrown out.

Ben, Cecilia and I also went out for dinner one night and ordered a bottle of wine. We thought it was £10 pounds but miss read a few zeros. It was Cecilia who noticed as we were half way through it that it was a £100 bottle of wine!. Didn’t taste that good to me either! 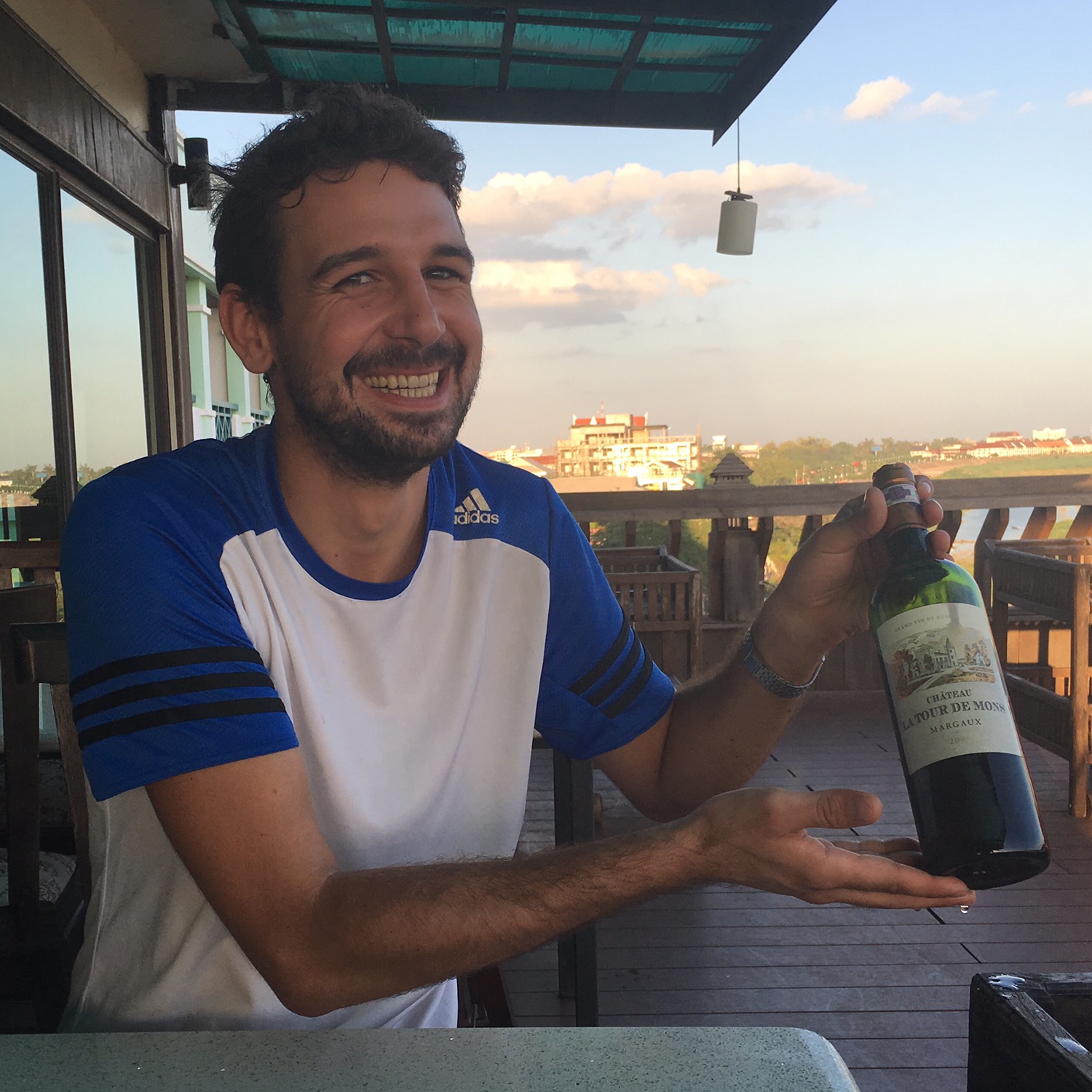 Cecilia left for Thailand then a few days later so did Ben.

I met Graham again and joined a Run Hash. I actually ended up doing three and helping him set a Bike Hash route too. Had some great laughs on these. As I mention in a previous blog it’s running from bar to bar through the bush and drinking beer. 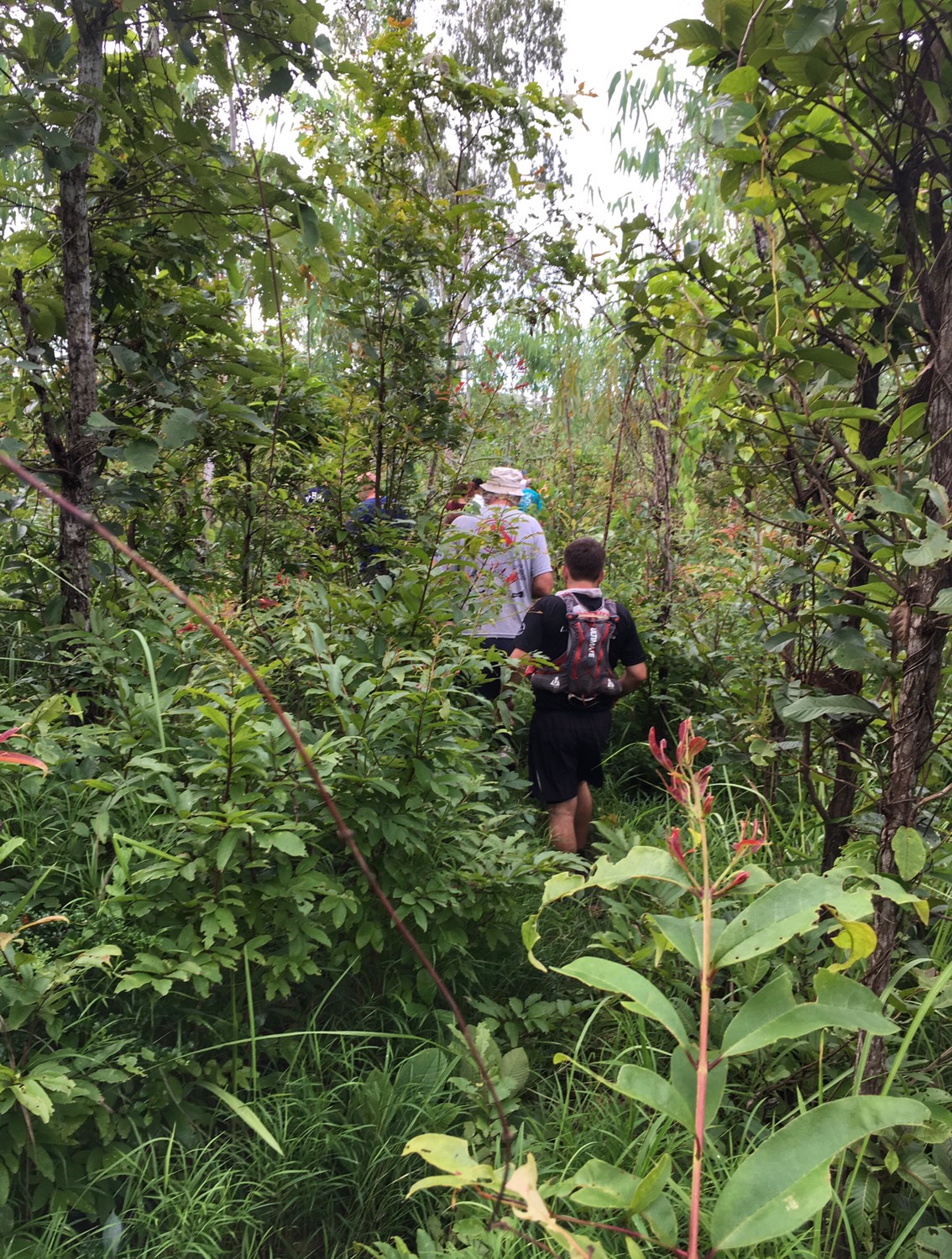 I also got my seized seat post out. Took me and 3 other guys about 45 minutes. This meant I could now pack the bike ready for flight. 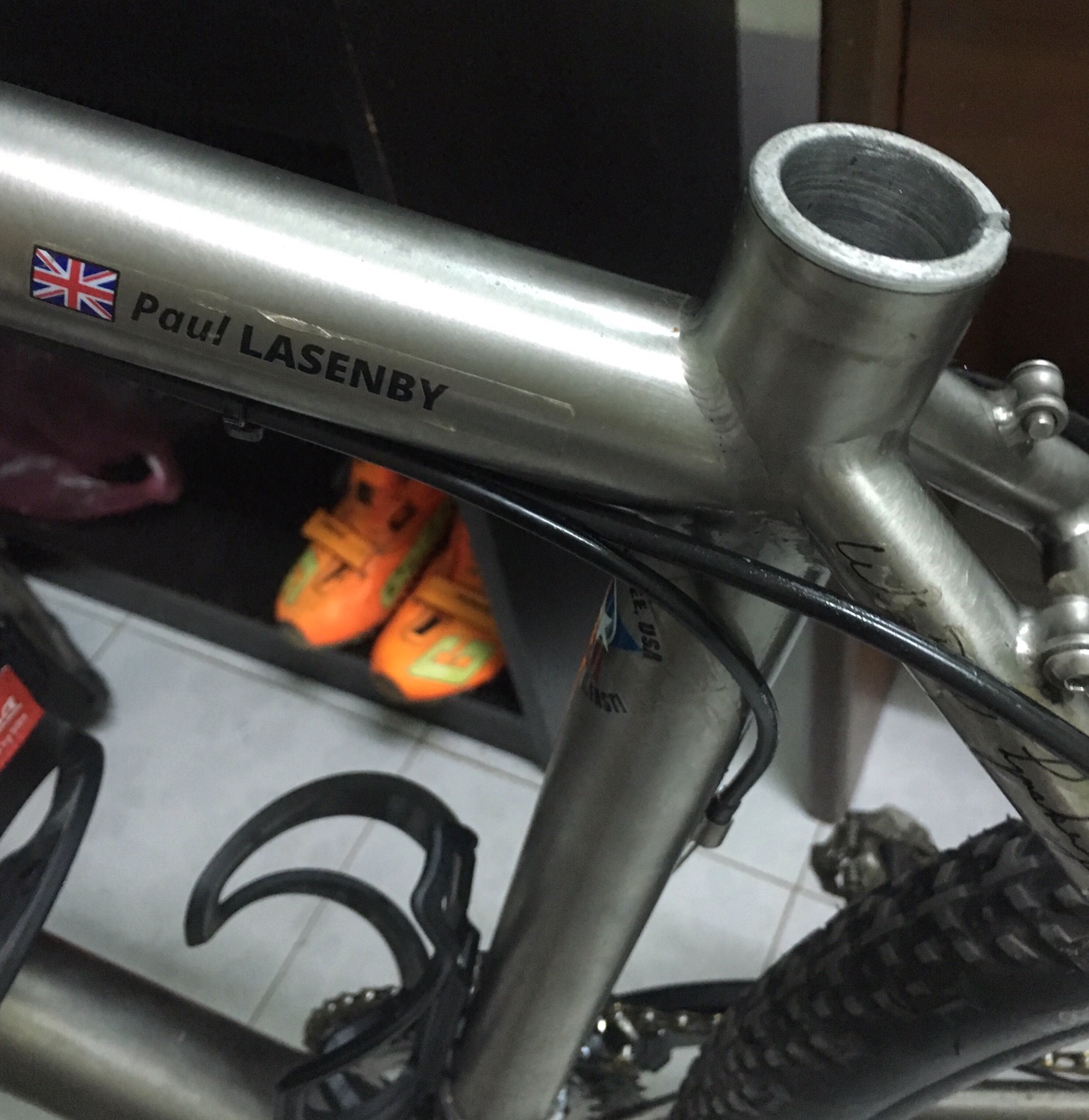 Managed to get to the Buddha park. Been promising I would since the first day I arrived. 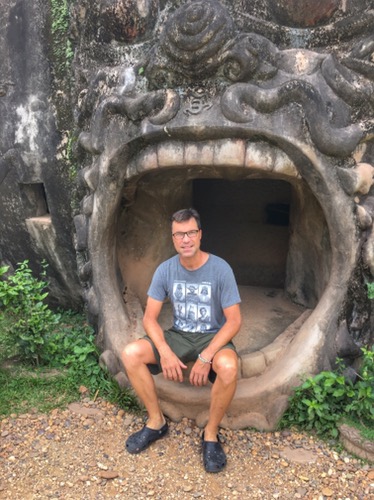 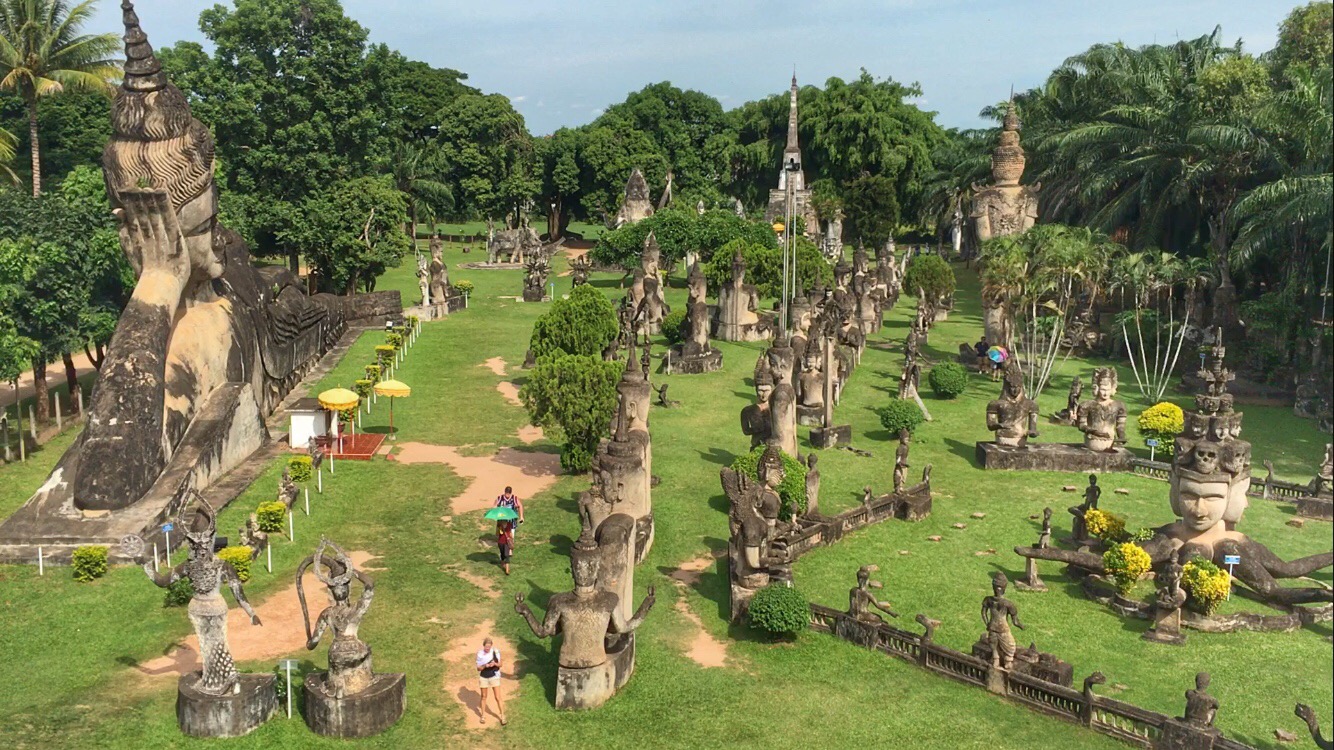 Been here way too long. looking forward to going back to Hoi An where my daughter Georgia met me a few months ago. Have met some great people here though so always sad to move on after a long stay.
29 July until who knows?  Hoi An.

Good to get back here. Met my mate Long. Helping him out with kayaking tours. 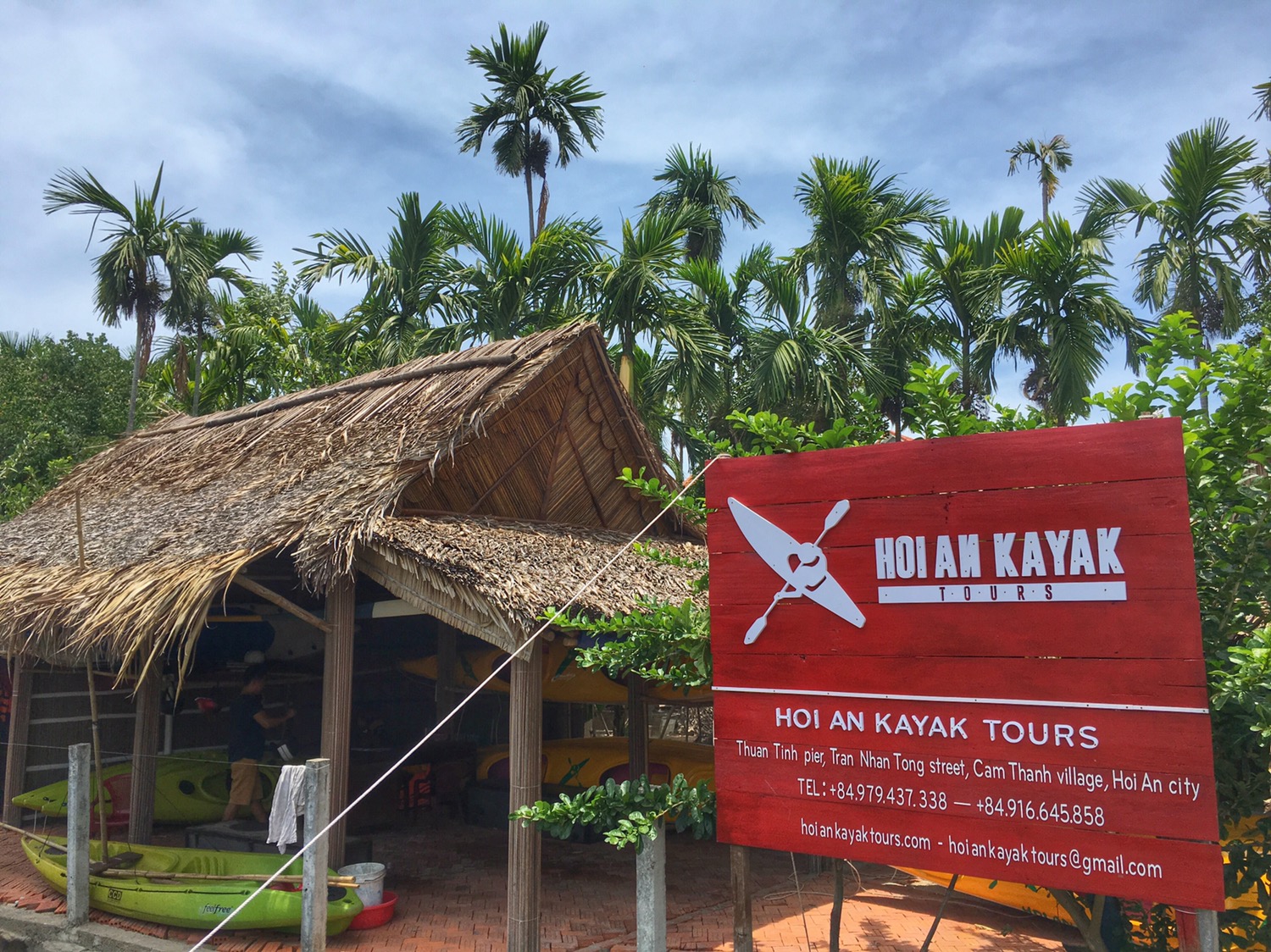 Went to a book reading class. People donate books for kids to read.

Helped make a grass mat (kind of. Think I messed it up). 😉 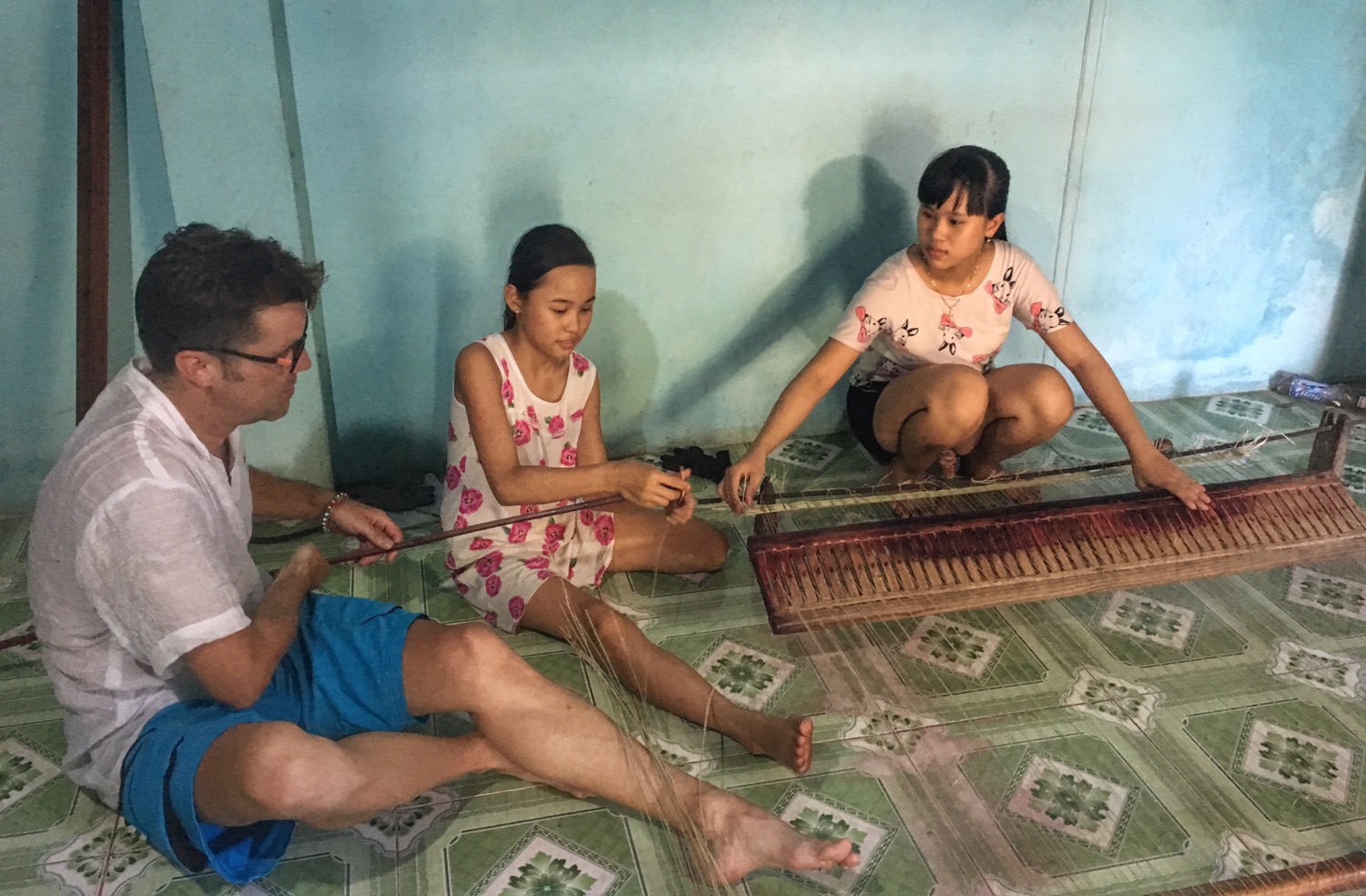 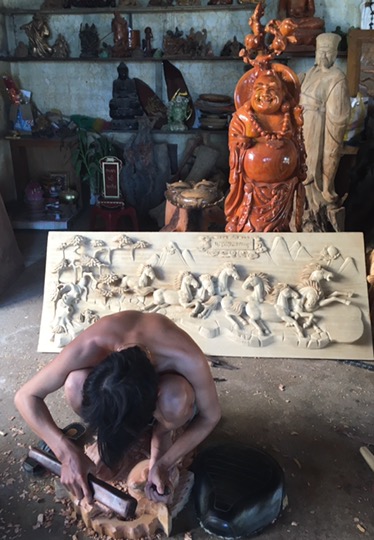 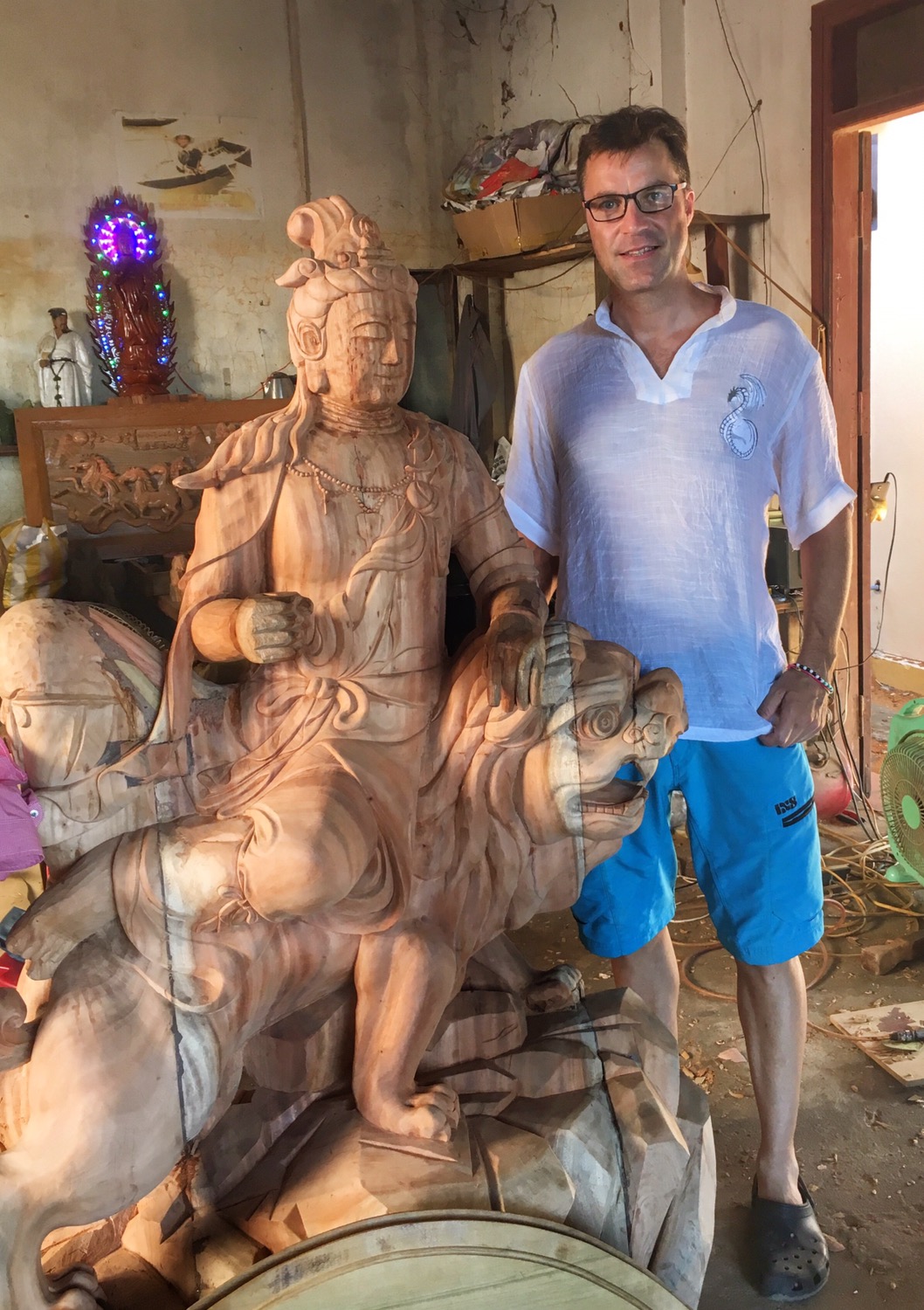 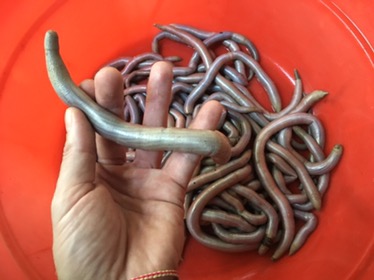 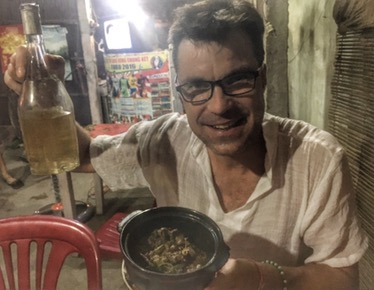 Not sure when I’ll post again. The SE Asia trip is mostly done. Nepal next but don’t know when. X