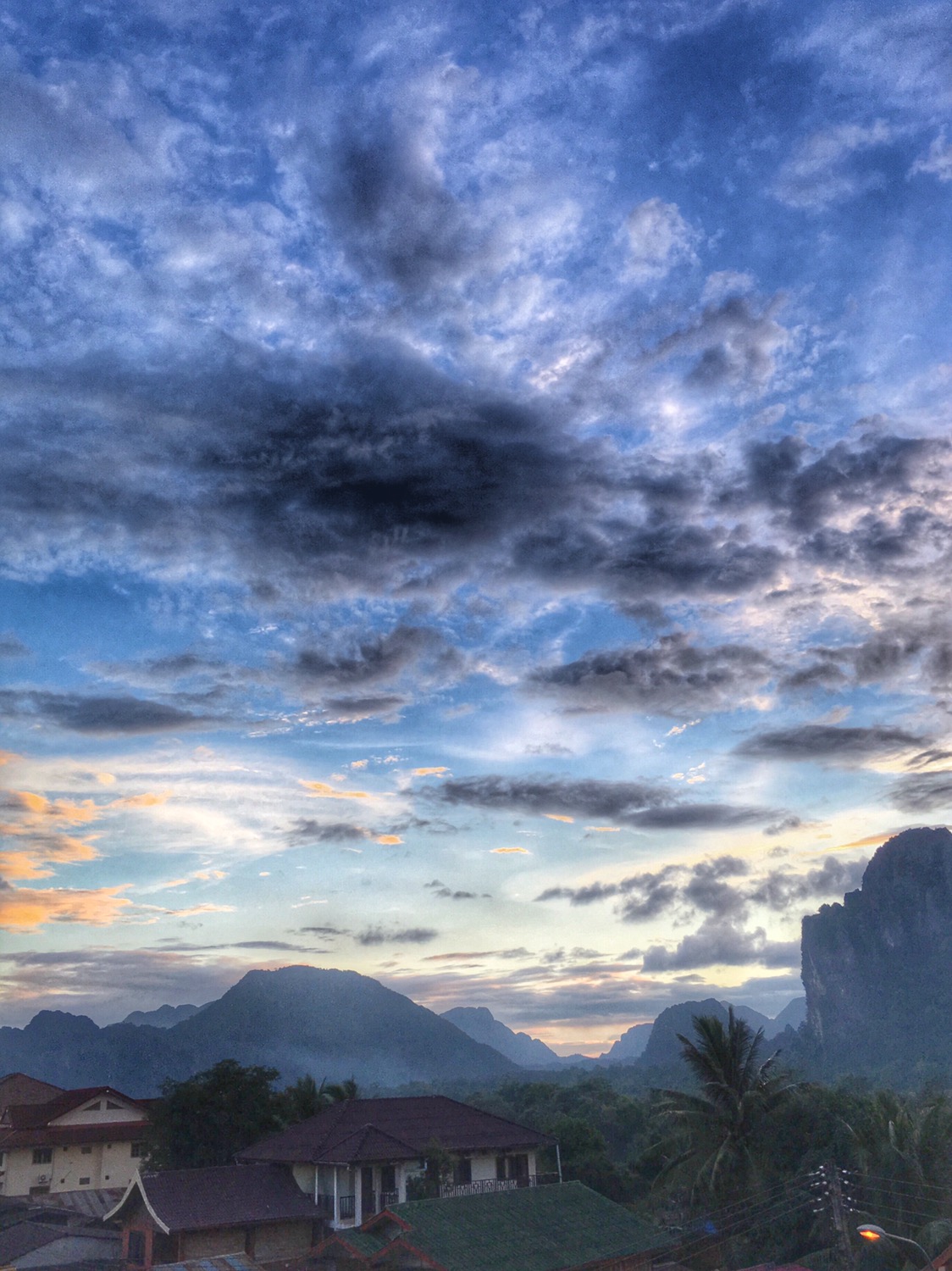 8-9-10-11 July. Vang Vieng.
There are a few things to do in Vang Vieng the top thing seems to be the tubing. Floating down the river on a massive innertube there are bars along the river you can stop at. There used to be many more bars but people got too drunk and drowned.  Someone told me that 27 people drowned in one season!!! The government were forced to clamp down so there are only 2 bars now. Still a big party though. 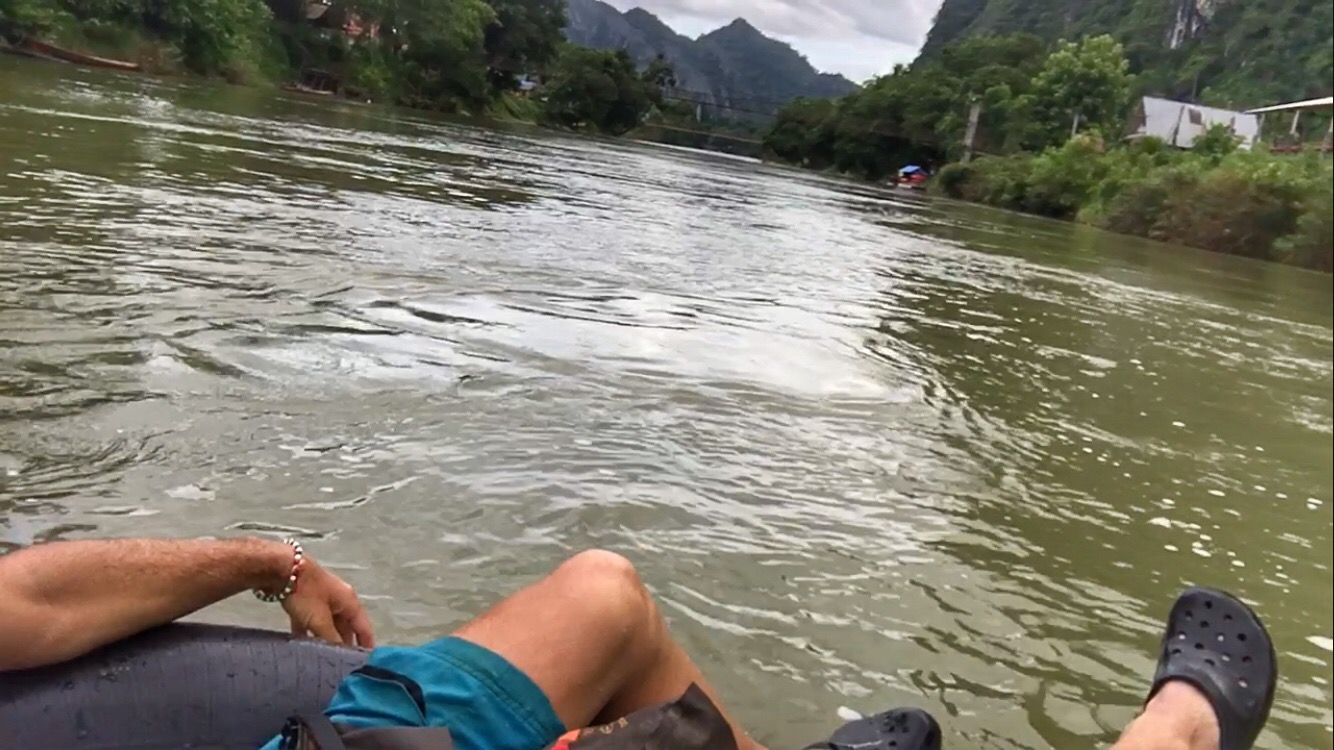 The next thing is the blue Lagoon. Looks great from the pictures but it was so full of tourists it put me off a bit. There is a cave there which was good because you just grabbed a torch and explored yourself. It went a long way in to. I must have walked an hour into it. 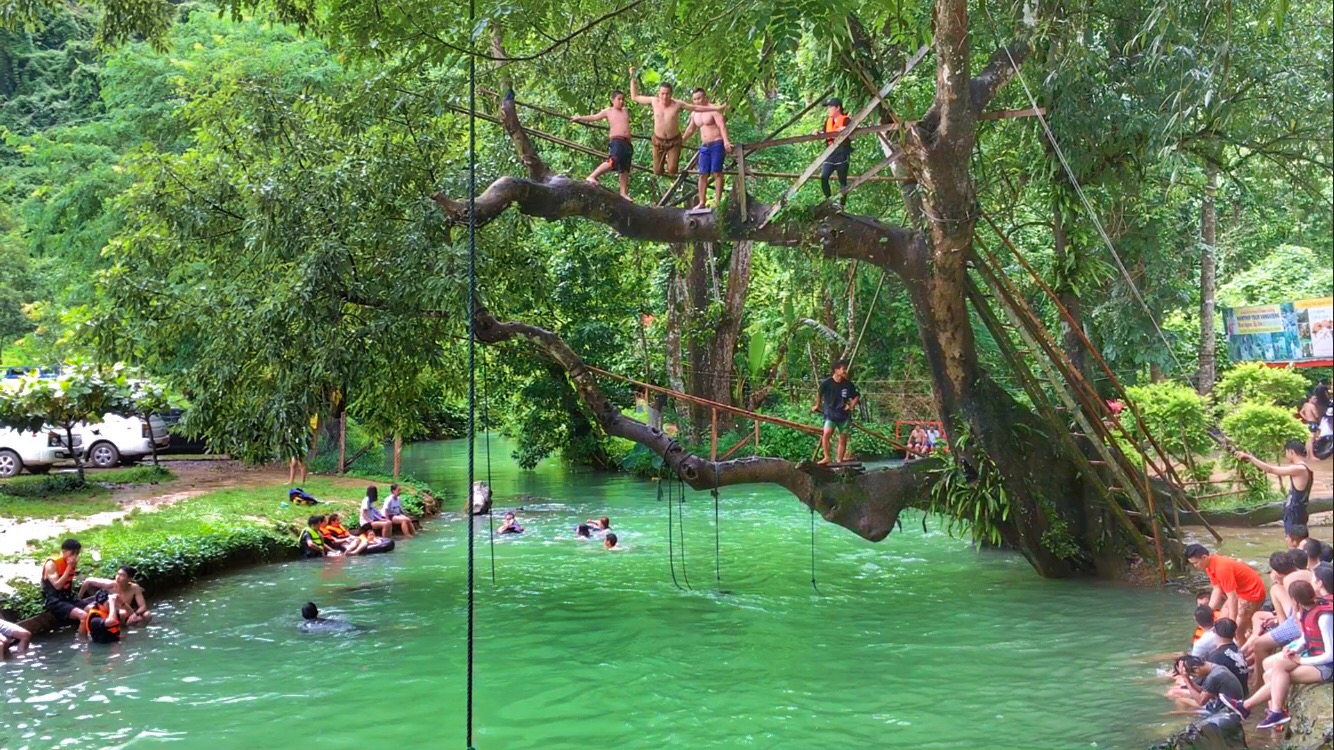 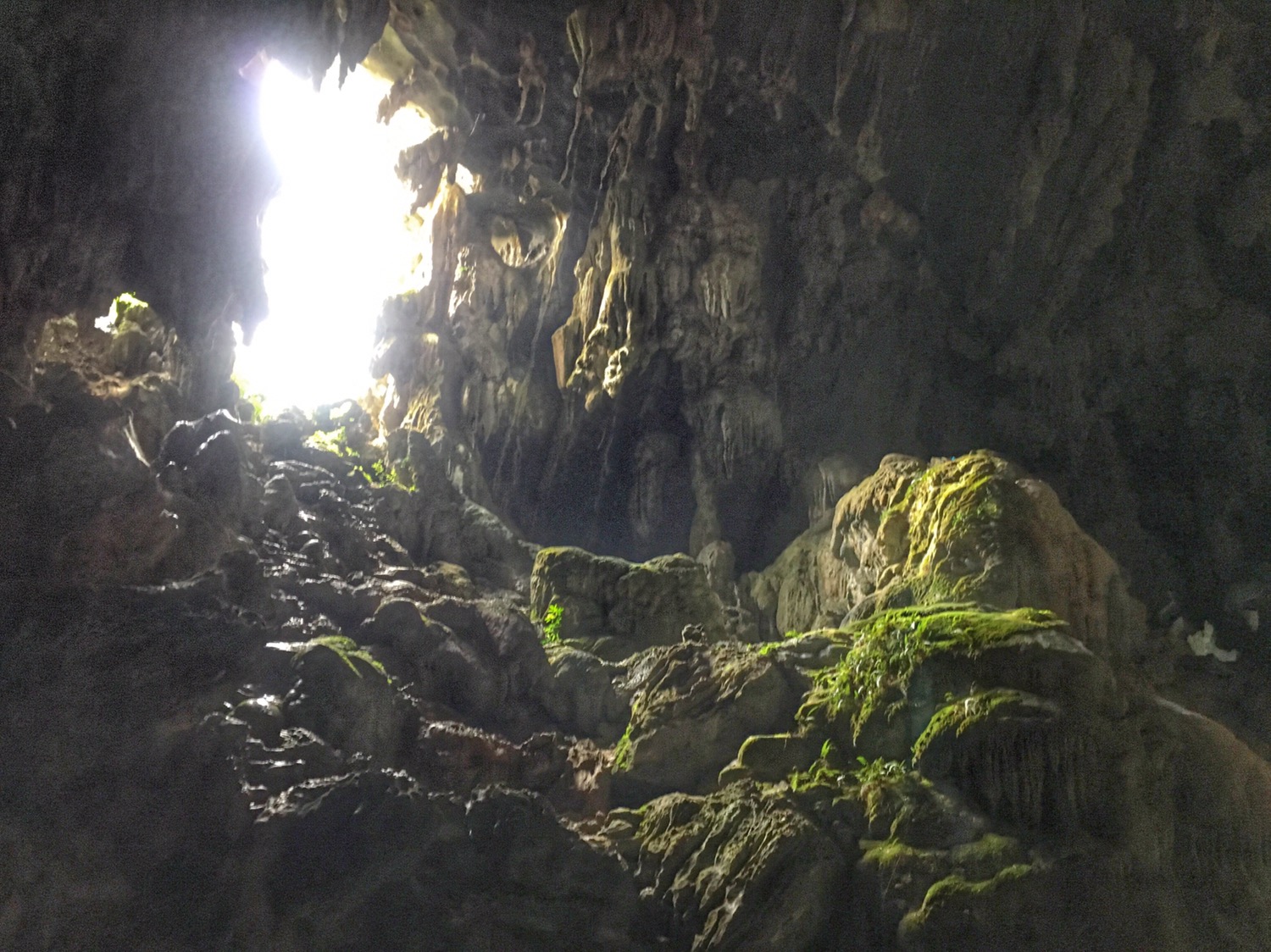 The last thing seems to be drugs. – Marijuana pizza, mushroom shakes and more. I was tempted but never really got round to it.

I met some nice people in Vang Vieng. Ben, Branch, great Scottish guy. 6’4″, liked a beer. His brother was a lot taller named tree :-)). Marlene (Netherlands I think). Anne, an Aussie girl was fun and won a tubing type musical chairs with at least thirty others which was cool as she was in our group and we got a free bucket of what tasted a little like fruit juice? Whilst tubing another girl I met called Cecilia, lost her passport and her favourite tee shirt (I didn’t know until after) Talking to her later she seemed more concerned by the tee shirt. :)). I think someone spiked her drink too as she passed out later after breaking her toe without knowing and slept with one eye open! She also told me she got arrested for smoking weed a week ago and got fined $600 that is seriously not all that lucky. A good person though and someone I enjoyed meeting. My fingers are crossed for her future adventures. X :-)). 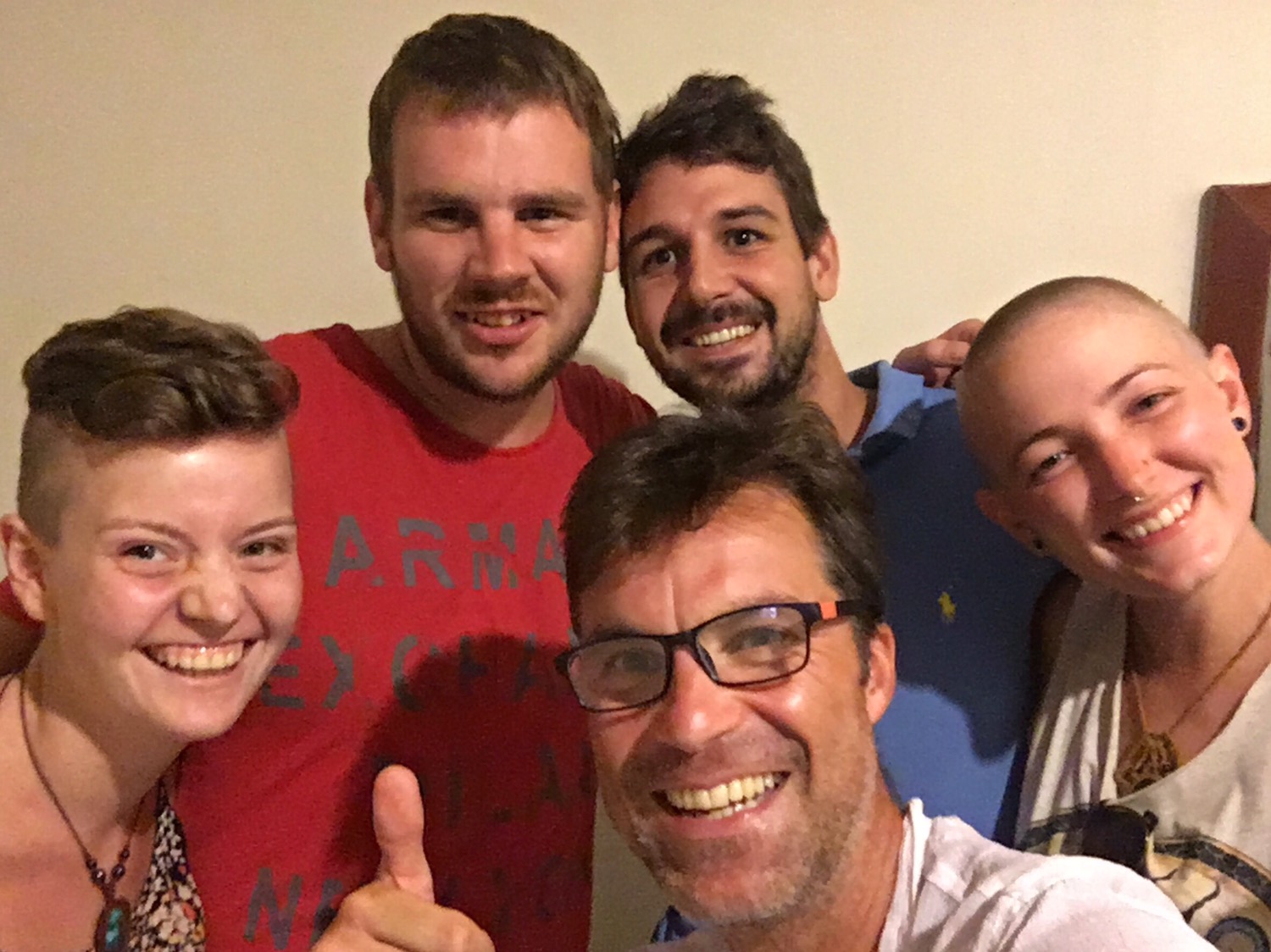 I liked Vang Vieng. Off to Vientiane the capital next.