March 28. Kaeng Sopha to Nam Ang. 120k. Set off late. Enjoyed a couple of capuchinos. Decided to turn off the main road early on to a back road which climbed through the hills and around a big lake before rejoining the main road about 110 km further up. The tarmac was perfect again as all of the roads seem to be in Thailand, great for bicycle touring. As soon as I turned off the main road he started to climb steep and it was very hot. I saw the hottest temperature I’ve ever recorded on my Garman today 44.5°. I began asking myself what exactly was the problem with the main road.!!?? This small road was turned out to be perfect,  very quiet and beautiful. I really enjoy the riding today. 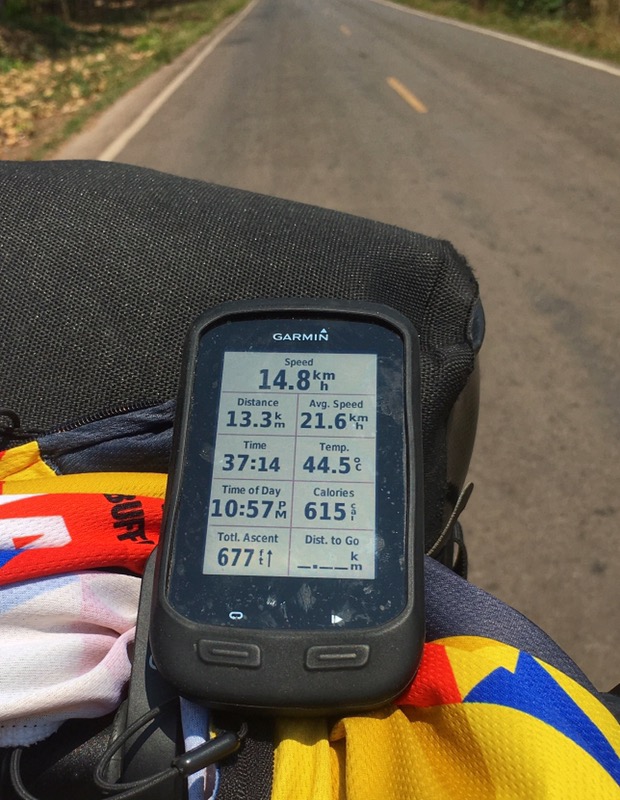 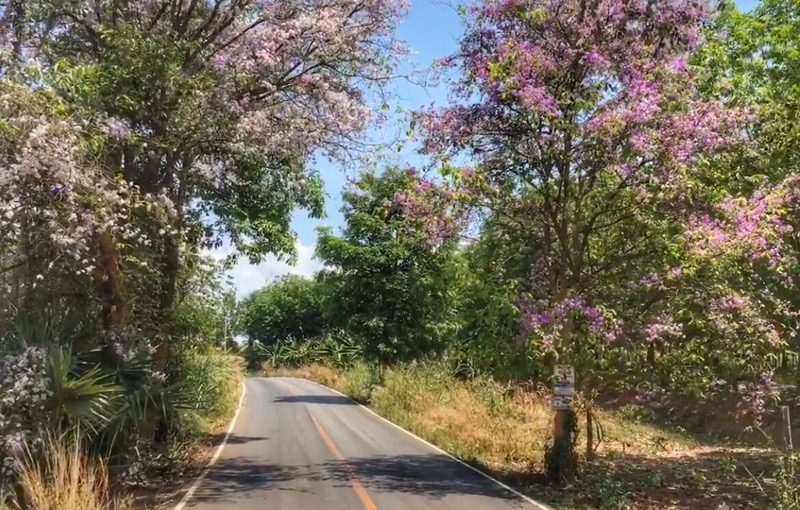 I have got into the habit of banging my shoes together and emptying out whatever may be inside. It’s something you do in the jungle and it’s worth doing here. This morning a Gecko lizard dropped out. Gave me a little shock. Would have been messy if I had just stuffed my foot straight into the shoe.

Had an easy ride. Good speed. Almost 28k ave. there was one big climb that I enjoyed.

Stopped at a 7- eleven store (these are a great rest spot. Always air conditioned with all sorts of goodies to eat and drink. They are everywhere).

While resting I saw a Monk in his orange robes and leather sandals sitting out side. It made me smile when he pulled an iPad and a packet of cigarettes out of his robe, lit up and I’m guessing, checked his Facebook. :-).

Tonight’s Hotel is nice, more of a hut in the woods. The resort itself had a theme park feel to it. Interesting. 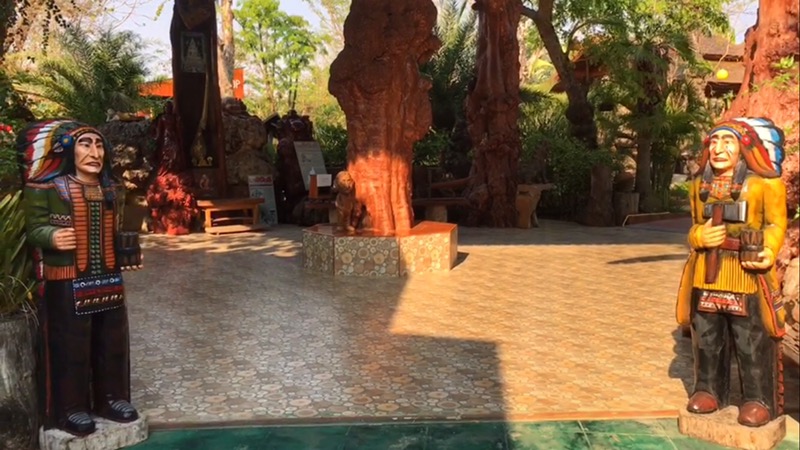 Felt tired today. Just went through the motions. Not much to report.

Saw a couple that had two dogs broken down by the side of the road.  The rear wheel was off the car. I stopped to offer them water as they were trying to shelter from the 38° sun under a withered sapling. They gratefully took it so I guess they needed it.  That only left me with half a bottle but I thought I could make the 14k to town.   It’s only as I took the last mouthful that I began to think of what could happen if my bike broke and I was stuck for any length of time.  Funny how a feeling of concern instantly creeps in once your last mouthful of water has gone, especially in 38° heat when no one is really about.  I made it to store and as soon as I got water plus a spare I always carry The feeling disappeared immediately.

Went for all you can eat BBQ that you cook yourself. Stuffed myself. That’s the best thing about all this riding – the eating !!   There was salad, every kind of meat, fish, sushi, fruit, ice cream and free soft drink for about £8. 400baht.

Something I laughed at way back before I left Hoi An was this weight training bench outside some guys house.  I thought this was great. 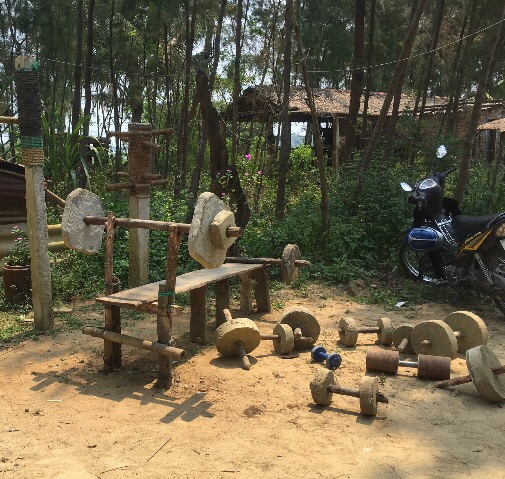