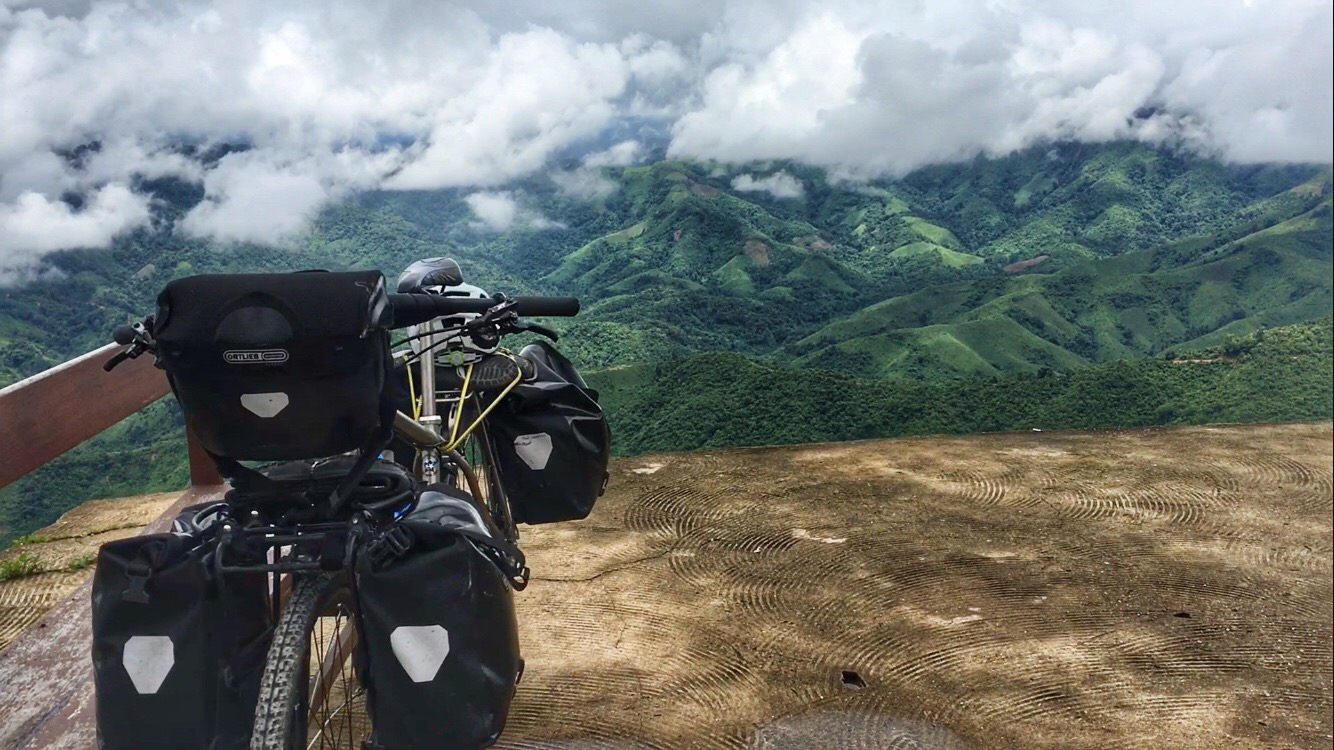 Set off from Luang Prabang and felt OK. Some great climbs along the way. Climbed 6500 feet by the end of the day. Seemed to be sweating more than usual though and knees ached on last climb, old knee injury started playing up too. As I got higher it started pouring down with rain. It turned into a wet day with all the sweat and the rain! Hands looked like I had been in a bath for hours. 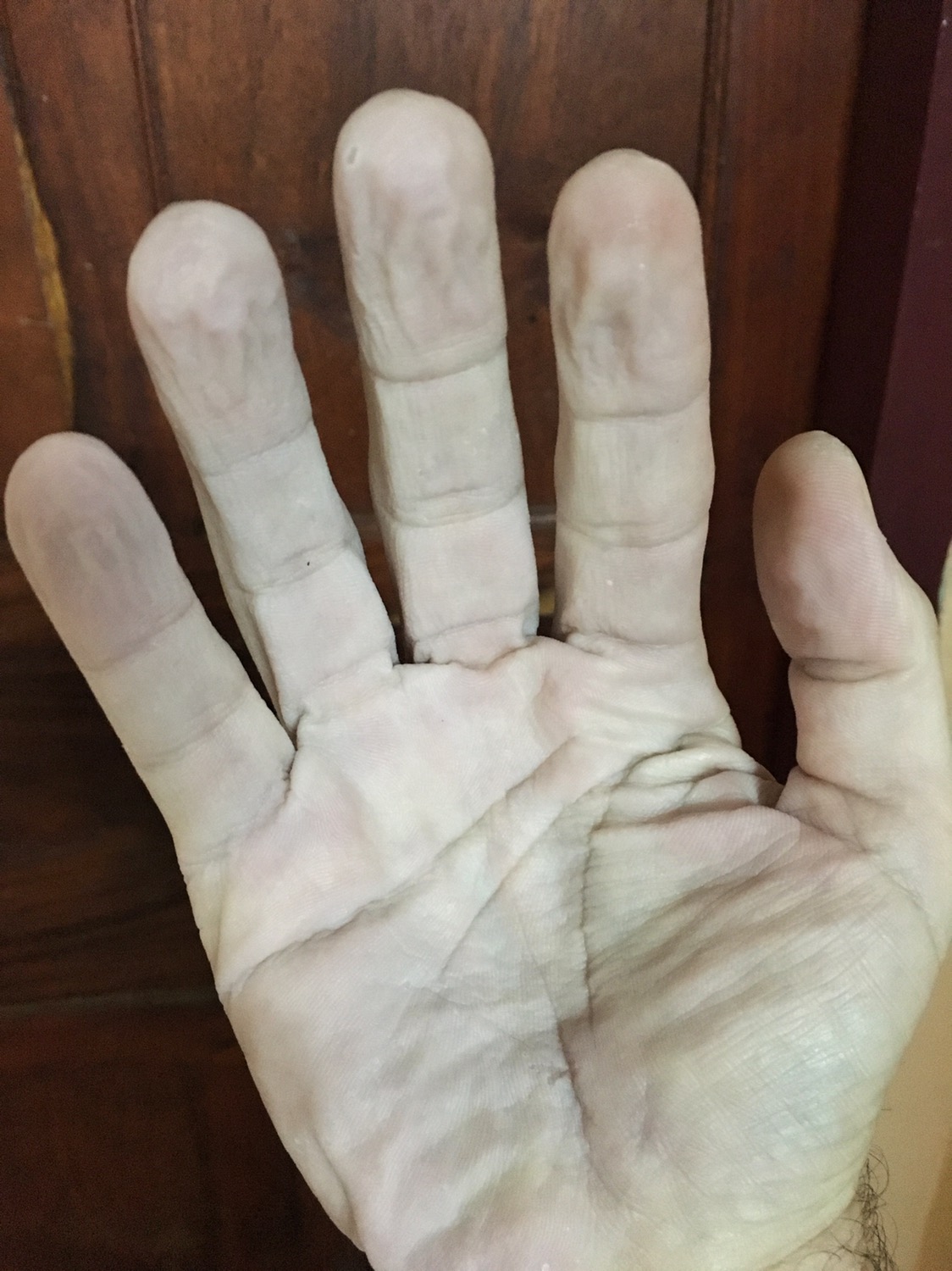 The road was quite, maybe due to the warnings about shootings and that travelers shouldn’t take this route?

Made the guesthouse a bit cold and tired. Knees bothered me and it was on my mind that I needed to stretch and take care of them.

Not much here. Very small village. Not somewhere to be stuck for a few days. 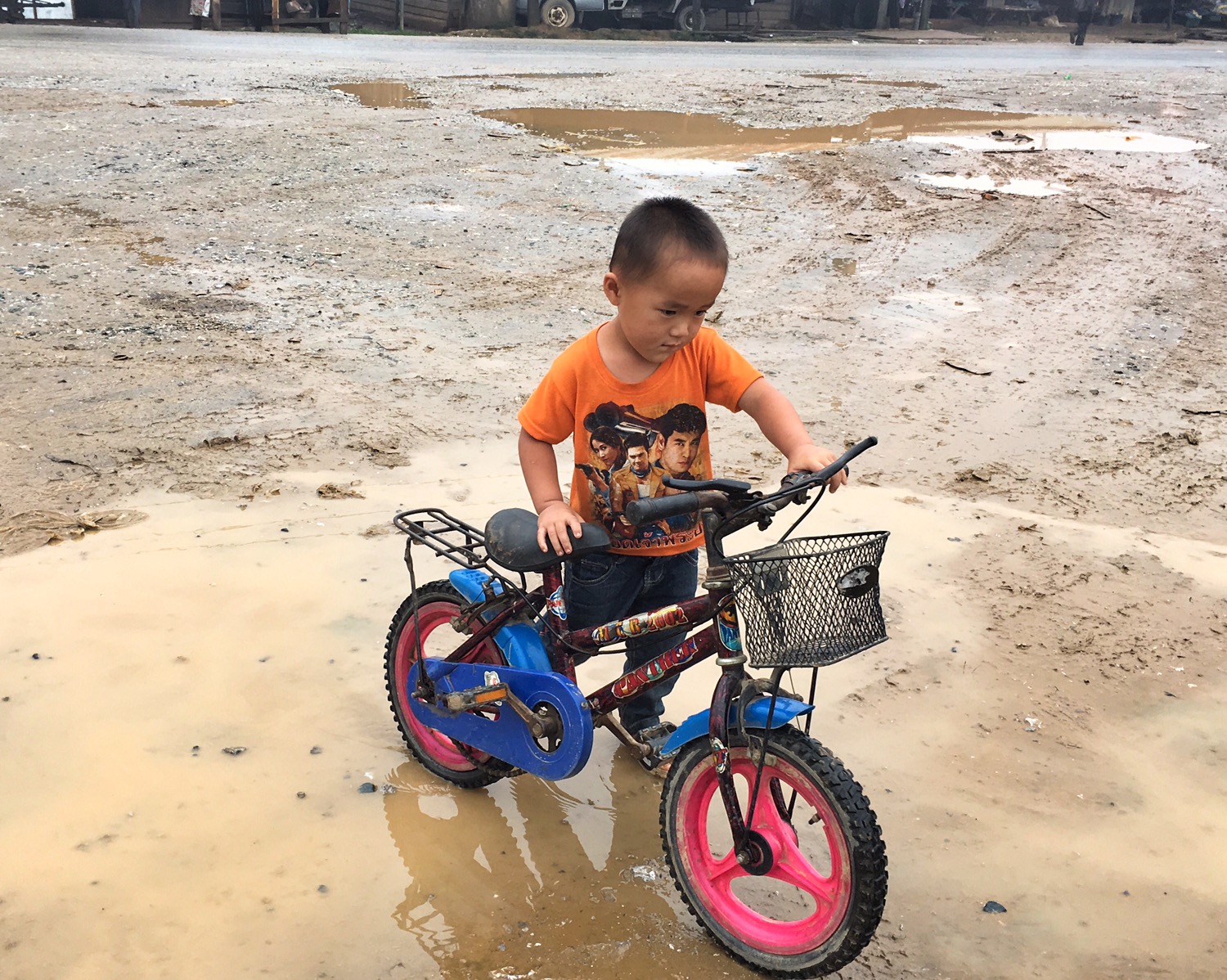 Left knee not great today. Right not perfect either. Guess it was too much time off again then a big day of climbing on heavy bike?

In a mountain village and pouring with rain. Much cooler here 18 degrees. No wifi. 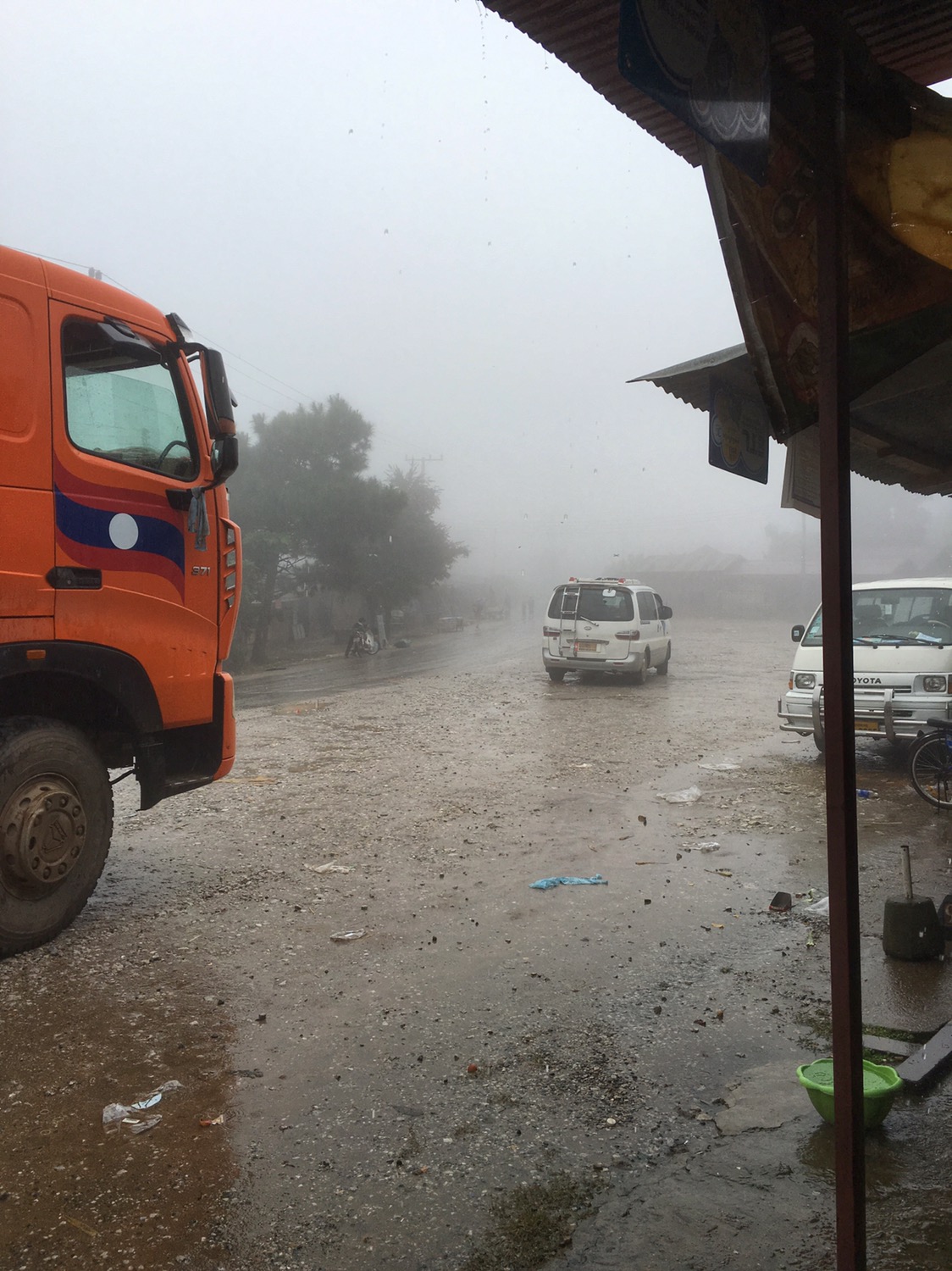 Bit pissed off because apart from knee pain nothing stopping me.

Going to try and catch bus to next village. (Phou khoun).

Not too bad because I have ridden this section once on the way to Luang Prabang. Really wanted to ride the big climbs though. :-(.

Looking at statistics miles in June were low??. What with brake lever, knee and stopping too long in a few places teaching etc. Been a bit tired the last few weeks too?? Think I need to ride little and often to keep muscles used??

Update as I write – No bus! Looks like I’ll be staying another night. Guess I’ll get to ride those hills tomorrow! Let’s hope the knee holds out and the sniper is:  1. sleeping or 2, a poor shot…. ;-).

Great climbs although not as tough as I had remembered from riding the route the opposite way 5 or 6 days ago. Probably better for the knees, which were fine today.

Great road but scary descending with the wet with lots of rocks and gravel together with the Tarmac that had melted in the sun and was now just like smooth, black, wet rubber.

Felt good though and got a STRAVA KOM (I really don’t know how I managed that)?

Due to rain, general cycling freedom and more than average concentration on wet corners, I forgot about my old sniper mate until I saw two guys in Army kit carrying more semi automatics and two more a short way further down but I soon forgot him again. Just as that sunburnt asphalt appeared !

I dropped down into Phou khoun and booked into a guesthouse. 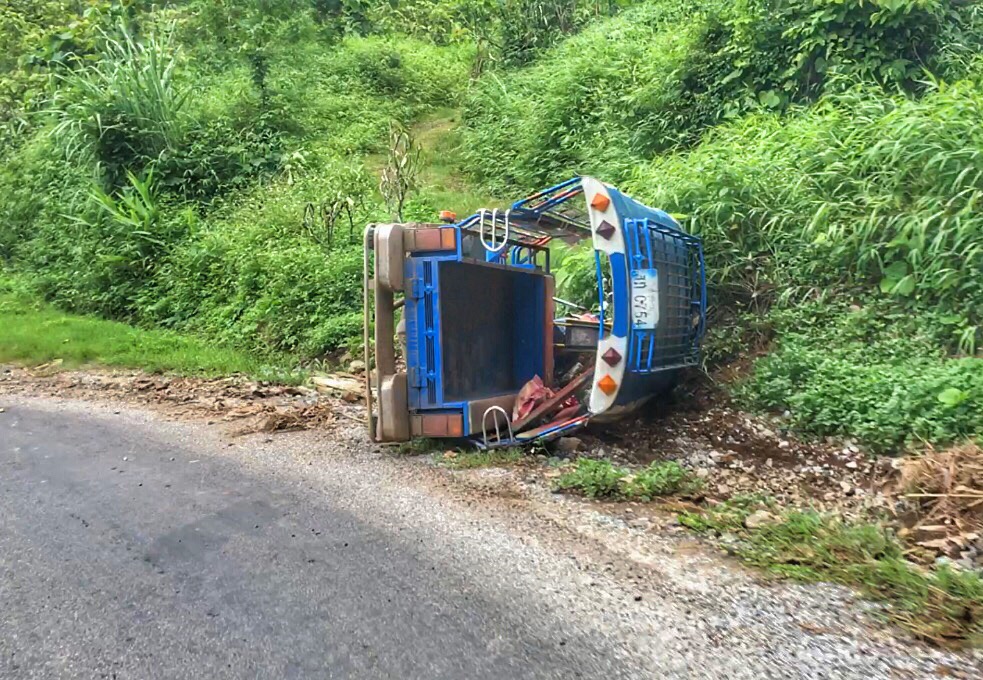 Left Phou Khoun and found that view point I was looking for the last time I was here (previous blog), Unfortunately weather was not the best so a poor picture. 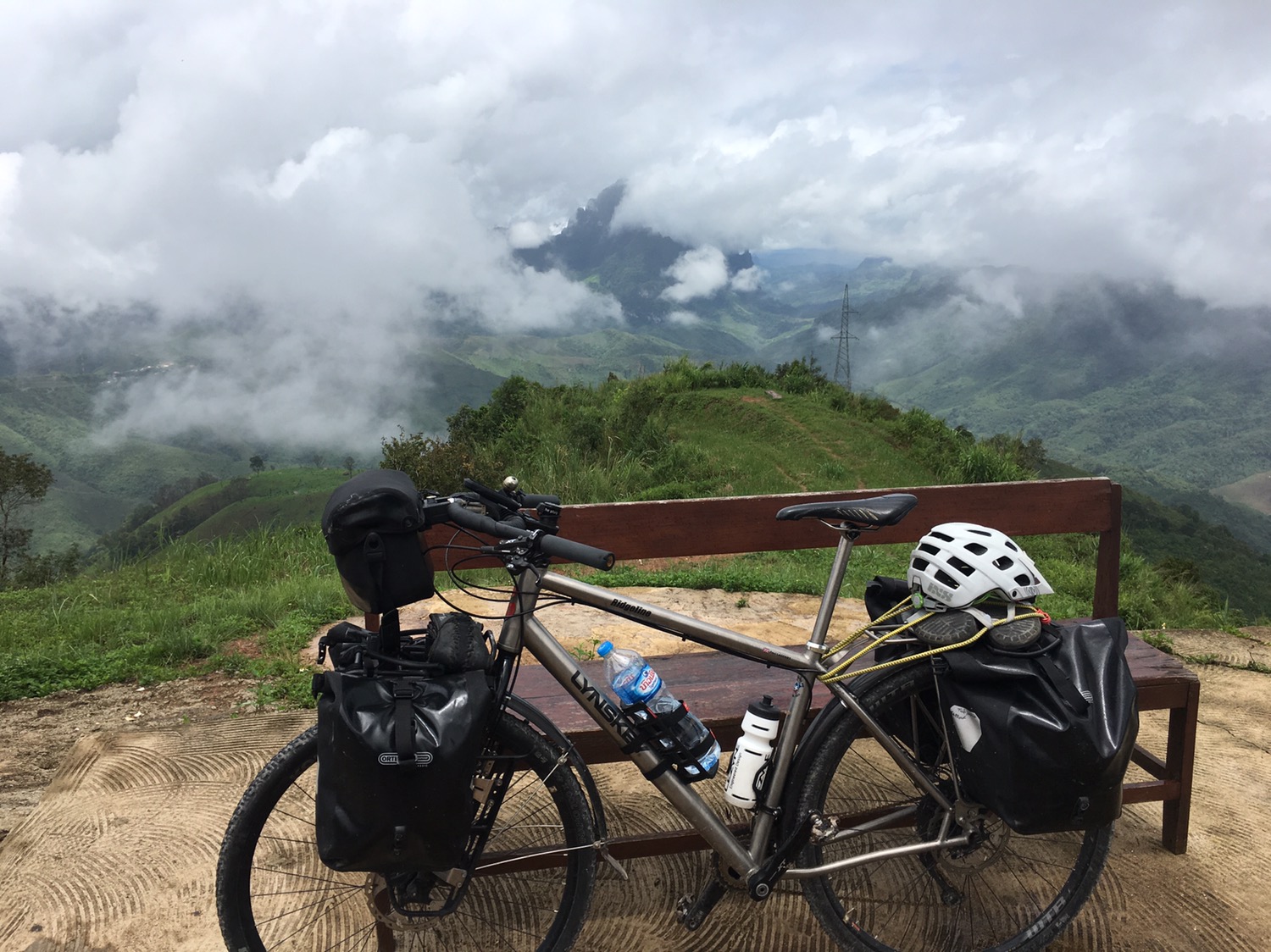 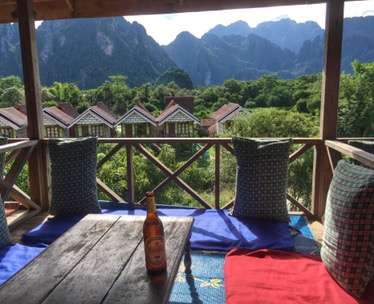 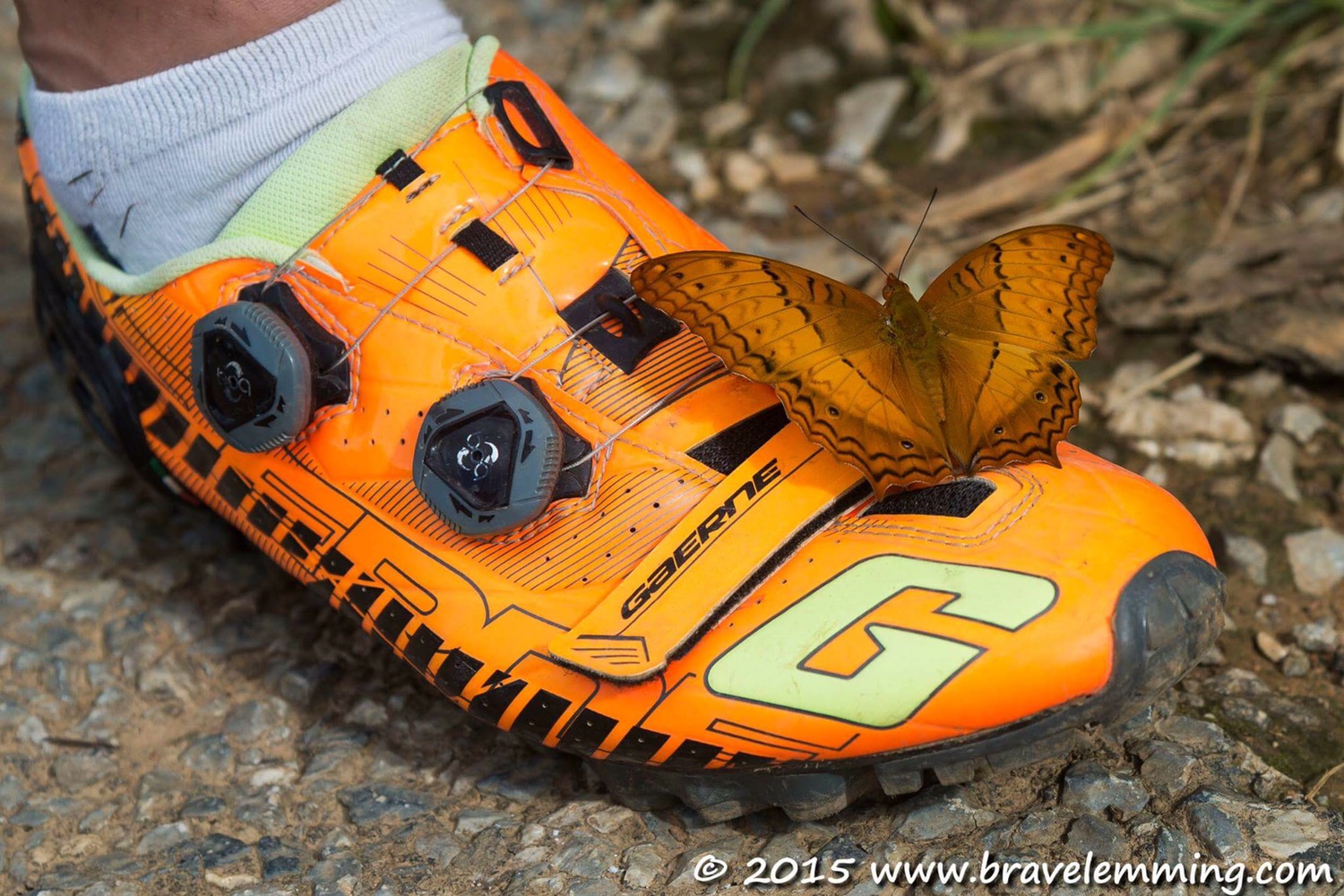 I felt good today and knees held fine. Rode into Vang Vieng and met ‘Steve’ at the Aussie bar. Jack had let him know I would be arriving and he sorted me a room next door, a big one with three other beds in it.