Saturday 18th of March 19k recovery day.  Perfect day for a recovery mostly downhill. Booked into a nice hotel about 3 km from the Laos border and chilled out. Tomorrow I will cross the border into Laos and hopefully find somewhere to stay.  I can’t actually see any lodgings along the road I’m travelling but I’m more than sure there will be, if not I’ll be sleeping on the side of the road or knocking on a local door! 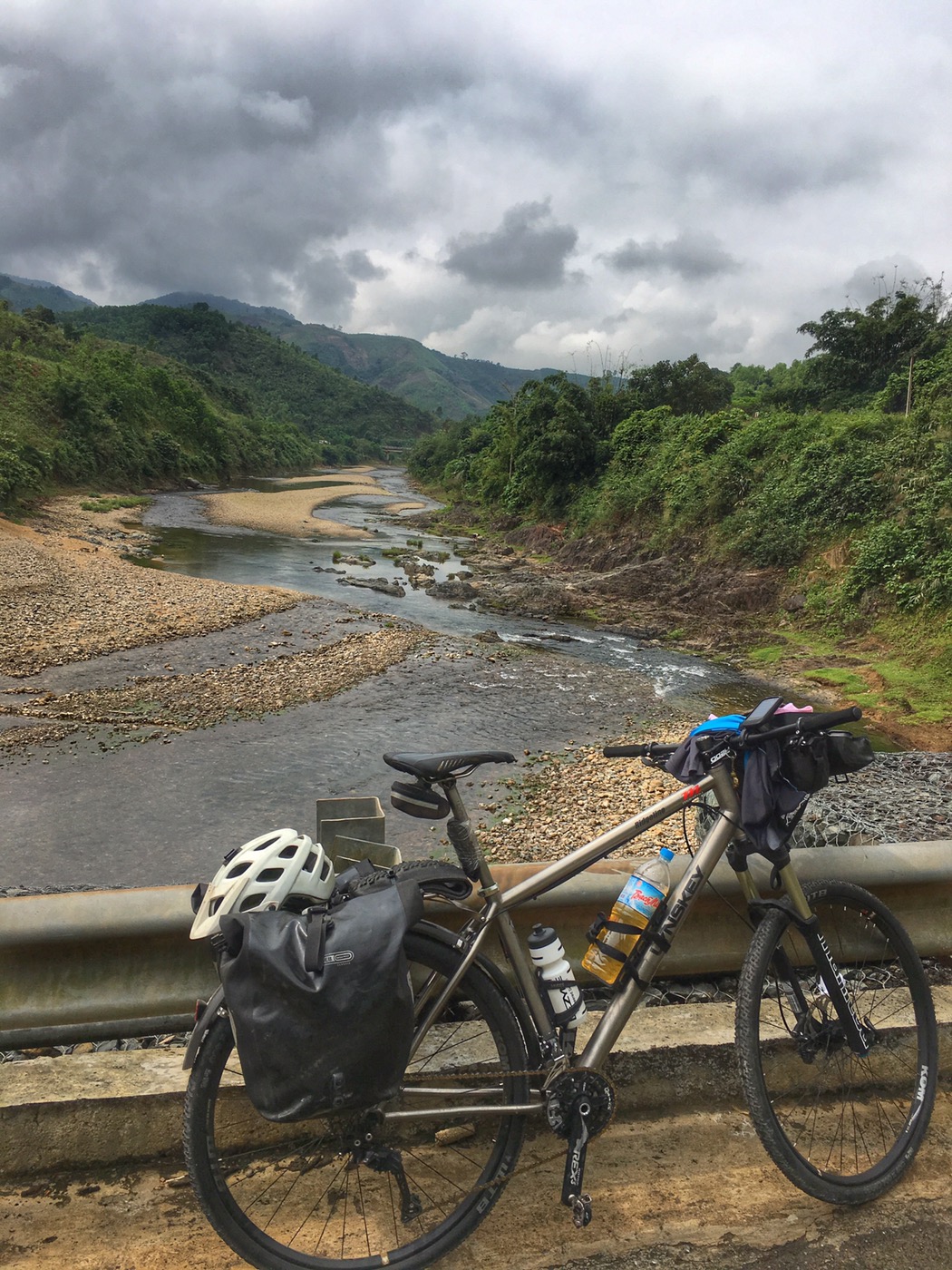 Sunday 19 March. 95k Thi Thran (Laos Border) to Xethamouk. I left Vietnam and rode through border control. It cost 40 dollars to cross border into Laos after filling in a few forms. Normally about $25 I thought? When I questioned the guy he said: “it’s Sunday”.   You can’t argue with that.    I laughed out loud and said “fair enough”.
The road was great. Brand new tarmac. Super smooth. Also a lot less traffic and buildings. Some parts were quite Isolated. Lots of Banana farming just across the border. Weather was great and I got a little burnt, again !
Turned out that for some reason they hadn’t finished some sections of the road.  These only lasted a few kilometres at a time  though and it was back to ‘drag strip’ afterwards.
My worries about a lack of accommodation were false and I found a nice Guest house but no WIFI.  The owner said there was no WIFI anywhere in the village! !  As soon as I checked in it started raining. Perfect. 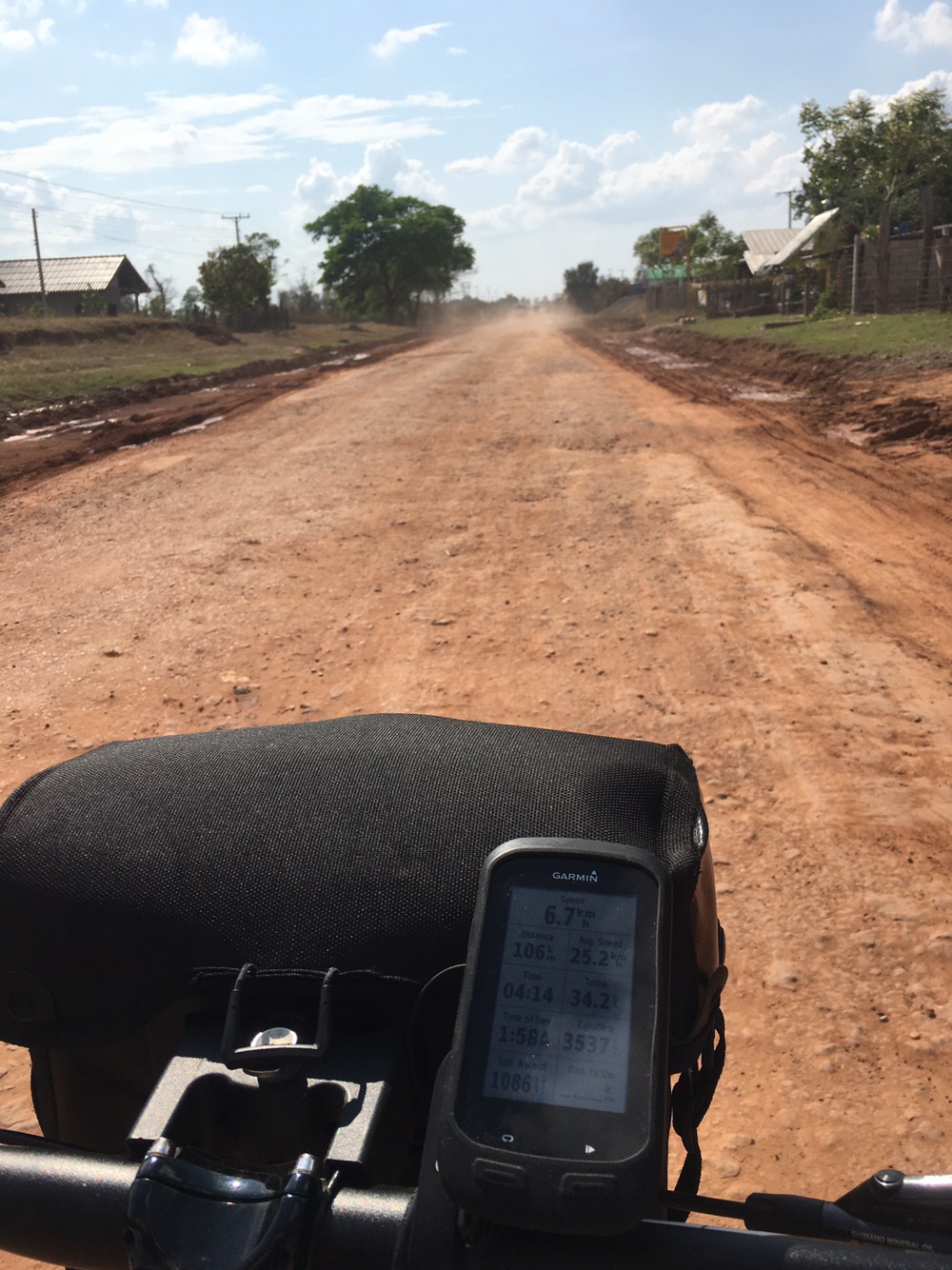 Monday 20th. 145k Xethamouk to Savannakhet (Thai Border).   Woke up feeling a bit puffy, not sure why. Maybe the air con. Maybe just Knackered and old.
Needed some money as I only had dollars. The Laos people will take them but very reluctantly the same as Vietnamese Dong even though the two countries are back to back. Thai Baht and obviously Kip (their own currency) is not a problem. The first ATM I came across didn’t work due to a power cut. I had enough Thai Baht left from my fishing trip for food but now I was out! The next ATM wouldn’t except any of my cards. I was getting Déjà Vu. The same thing happened the last time I entered Laos. (See my blog ‘Hotel California. Checked in but was worried I’d never leave’).   The bank wouldn’t change my dollars into Kip. In the end I transfer money to myself again using my WesternUnion banking App. This is all worth noting if you’re traveling in Laos.

Eventually got going and only stopped a couple of times. 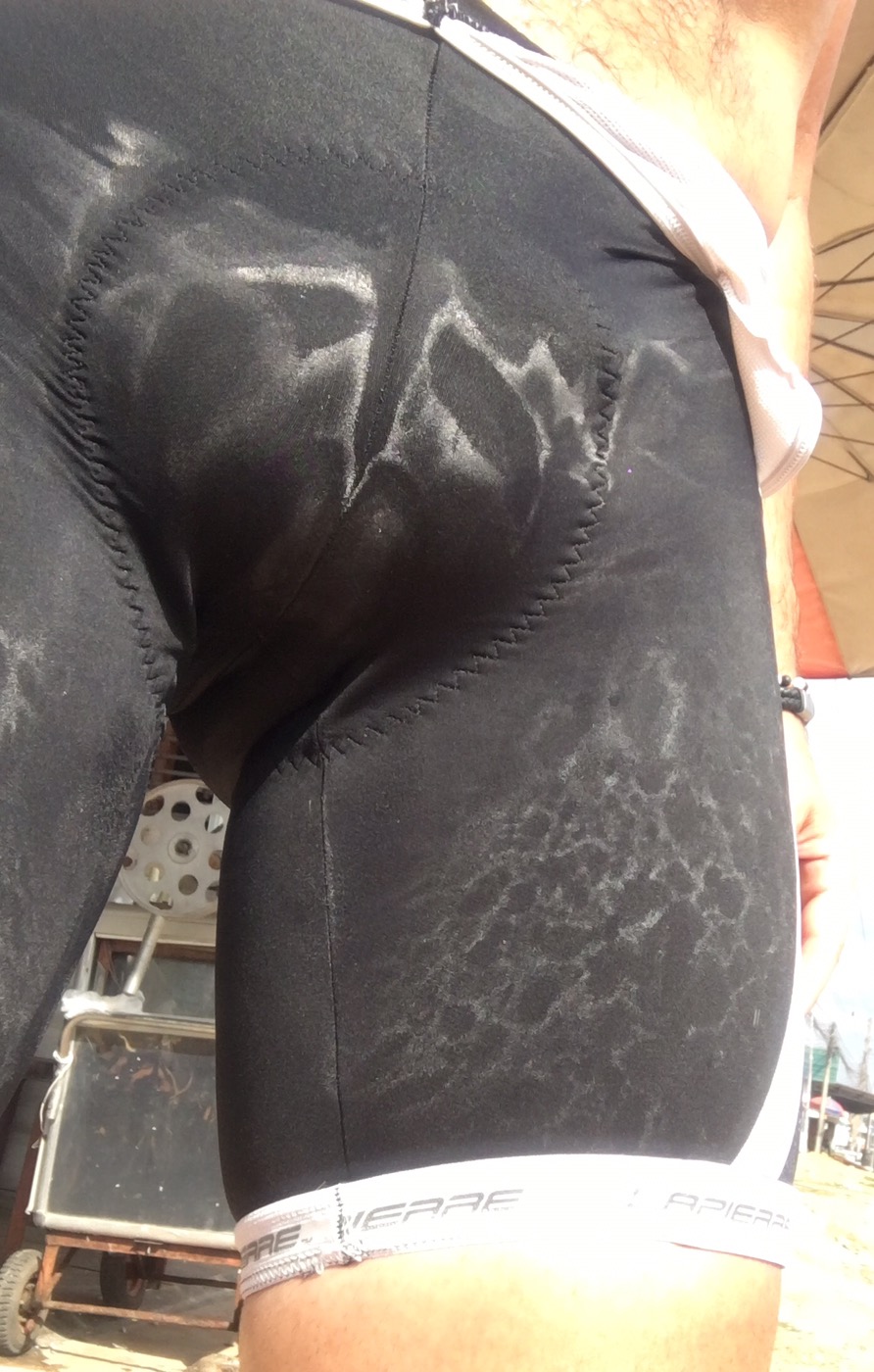