March 25. Chum Phae to Lom Sak. 120k. Sun was shining as I started off. About 30k of flat ish road before I hit Nammnao National Park. There were rangers on entry and exit to this area checking cars through. The road was much quieter although there was a steady flow of traffic. The climb started immediately as well as the rain. It rained a couple of times as I rode through the park but never got really wet. I climbed 4500feet. The first real climbing in 4 days. I hit my fastest speed in the last 12 months on the decent. On a mountain bike, loaded with panniers and on hybrid type tyres (WTB Nano tyres). 50mph ! 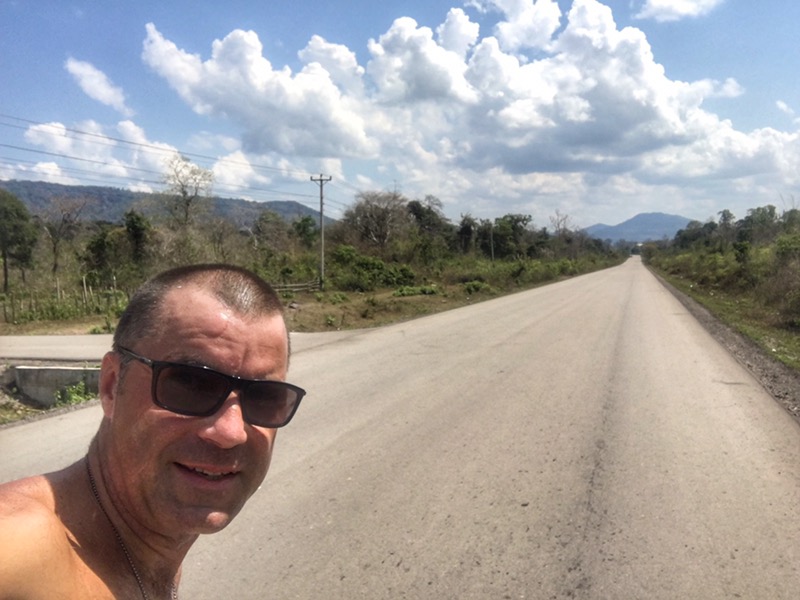 The Park road is about 65k long and there are NO shops or water stops. It’s all just jungle. There were signs warning about Elephants crossing the road but unfortunately I didn’t see any. 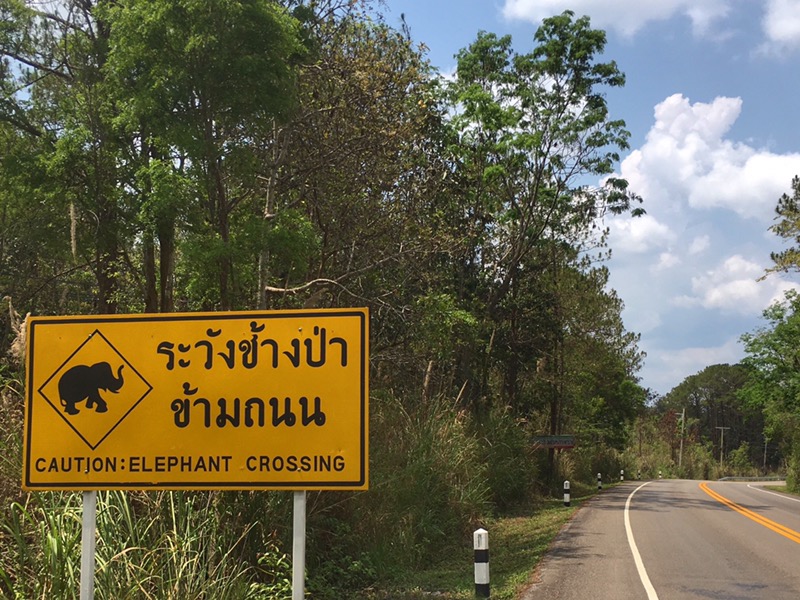 As soon as I exited the park I stopped at a restaurant on the right. It was very nice and the couple even sent me off for a shower with a towel when they saw me dripping with sweat. After lunch it was 30k mostly down to Lom Sak.

Lom Sak is quite a big place. I walked to ‘Walking St’ no vehicles allowed and wondered along the street sampling the street food. I stuffed myself mainly on meat. I needed the protein. 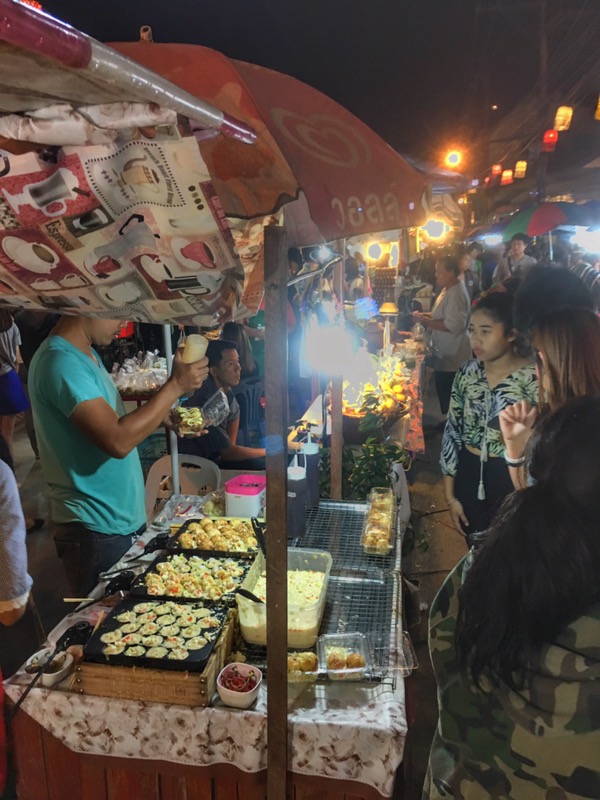 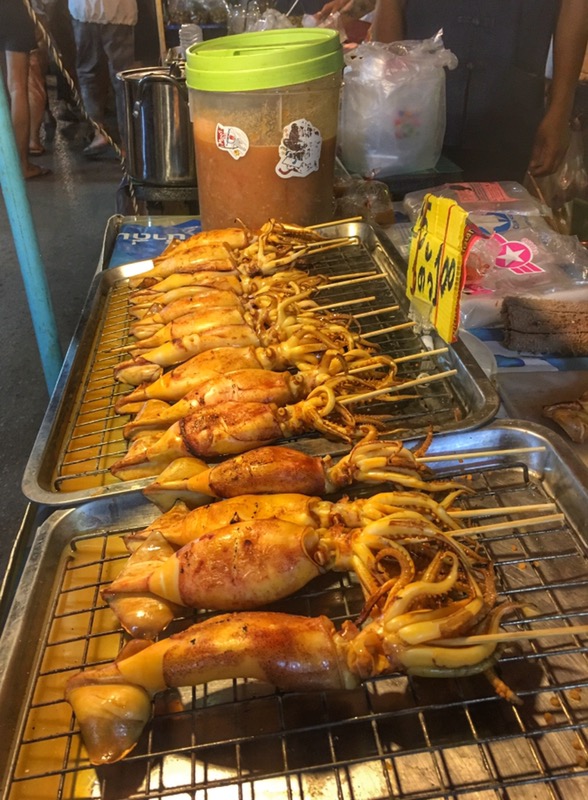 Another big climb through another National Park.  It rained at the top and this time got quite wet. It was still 24 degrees though so actually perfect for the climb. Everyone that drives by, especially the motorcycle riders give me the thumbs up as they shoot by. The lorry drivers give a little toot and a hand comes out of the window, again with the thumbs up. The sun came out once I had ridden over the mountain pass the rest of the day was lovely.  I stopped for some food at an area that was very touristy but looked fun. There were model transformer robots, an old US style school bus and some souvenir shops. After this it was mostly down, along the river to a posh hotel that unfortunately had no Wi-Fi in the room so tomorrow I will move hotels. I booked two nights because I wanted a rest day so they might be surprised. No wifi in an expensive hotel is un-expectable. How will I see all the people liking my Instagram pictures :-))) . 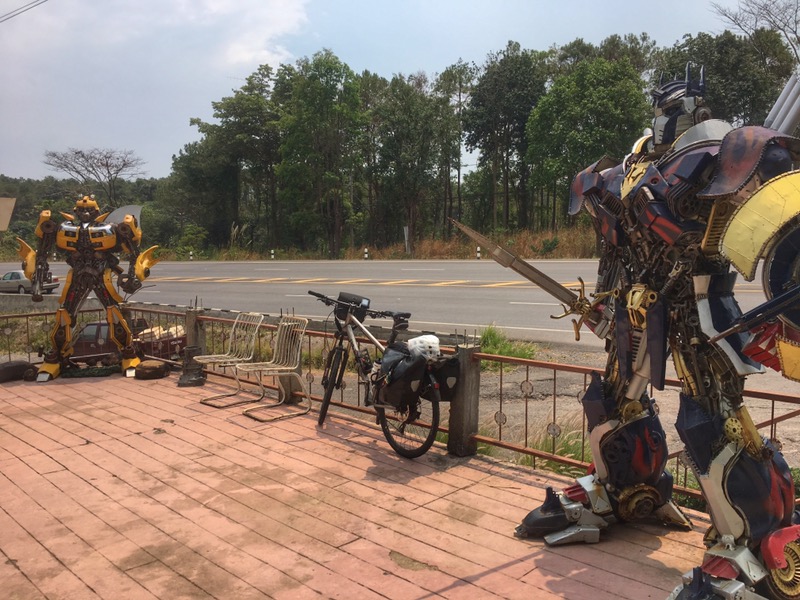 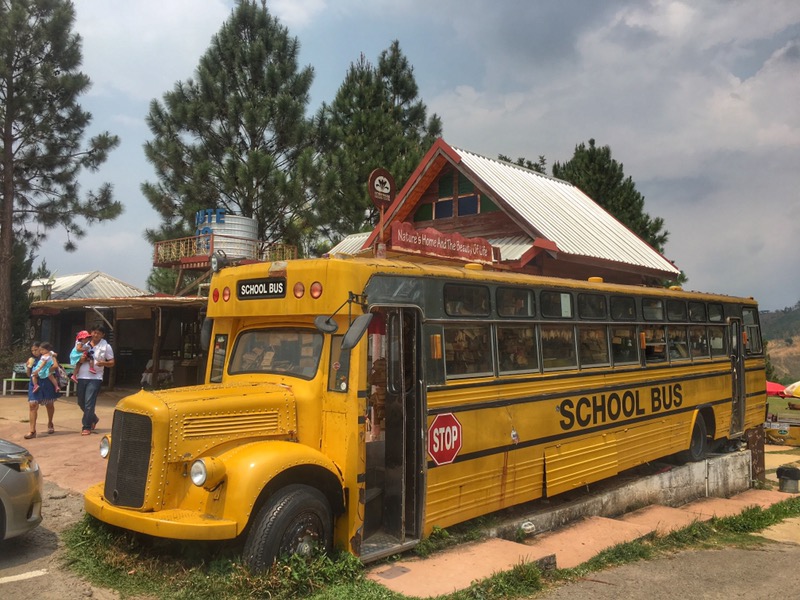 I tried a bit of off road today too but the rain had made it super slippery and I almost crashed a few times.  Not really ideal riding thin hard tyres with a fully loaded bike off road :-))).   I was trying to get to a waterfall about 1k into the forest.  I decided to give it a miss.   Anyway there is a waterfall near my next hotel so I’ll just look at that. (Not that bothered) ;-). 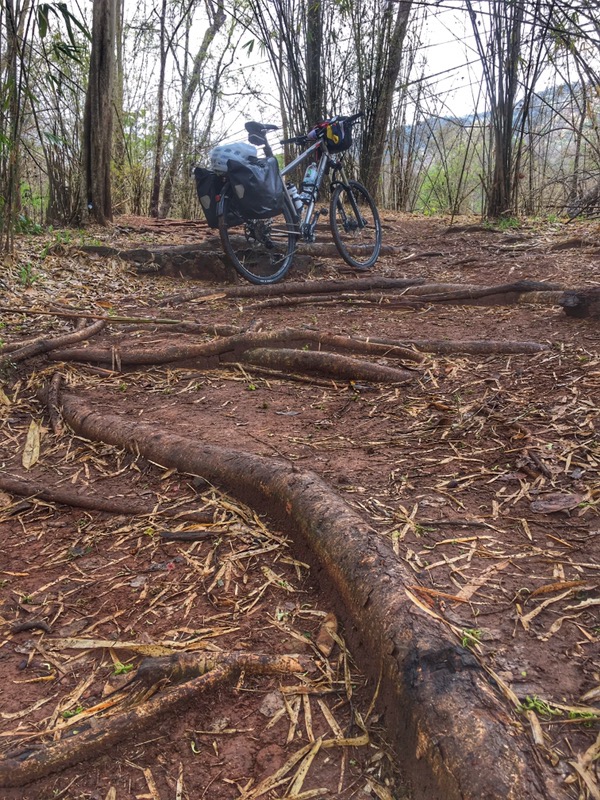